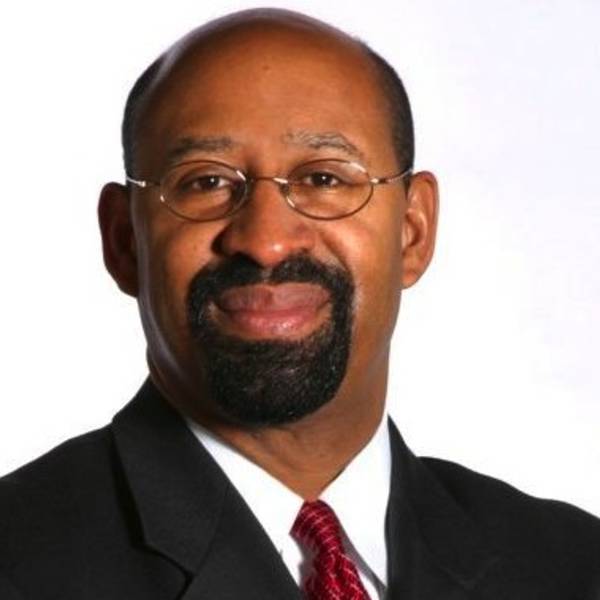 During his time in office, he was widely recognized as a reformer, leading important changes in policing, college attainment, economic development, sustainability policy and more.

Together with New Orleans Mayor Landrieu he launched Cities United, a partnership between cities, non-profits and others to combat violence and crime among African-American men and boys. Esquire magazine cited him as one of its “Americans of the Year” in 2011, and in 2014, Nutter was named by Governing magazine as one of their “Public Officials of the Year.”

Under Michael Nutter’s leadership, Philadelphia joined President Obama’s national My Brother’s Keeper Challenge by launching a local initiative to tackle opportunity gaps for boys and young men of color. The action plan focused on six key milestones—from ensuring children enter school ready to learn to ensuring all youth remain safe from violent crime—and by 2015 had raised nearly $90 million to put toward programs that would drive toward better outcomes at each point.

Since leaving office in 2016, Nutter has continued to carry out his commitment to public service through a number of new positions and appointments across sectors. In education, he has taken on a professorship at Columbia University and a fellowship with the University of Pennsylvania School Of Social Policy and Practice, the University of Chicago Urban Labs and Drexel University. In public policy, he is now a fellow at What Works Cities, Chicago Council on Global Affairs and the Brookings Institute. He’s also Chairman of the recently established Airbnb Mayors Advisory Board. Additionally, he serves a commentator for CNN and a Board member for Code for America.

Michael Nutter was recognized in September 2016 as one of Living Cities' 25 Disruptive Leaders working to close racial opportunity gaps.