Ayana Diane Crichton is the Initiative Director for OneCranston in Cranston, Rhode Island which is an awarded Working Cities Challenge site. 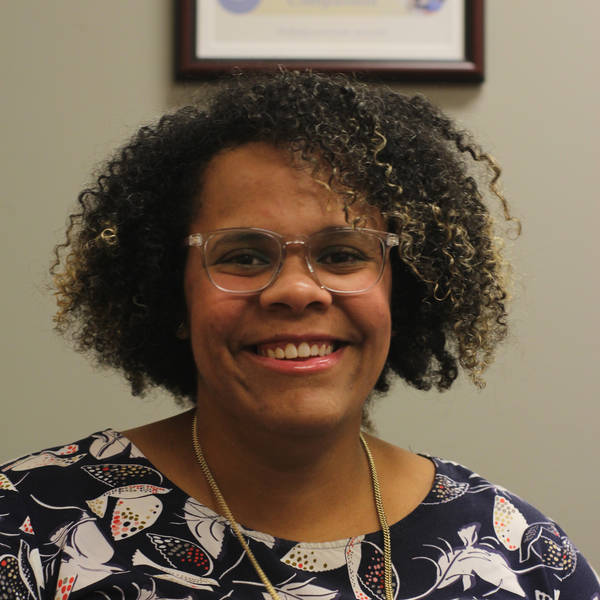 OneCranston is an initiative looking to build racial and social equity to help establish social cohesion across the City to gain economic mobility, with the Comprehensive Community Action Program as it’s backbone agency. Ms. Crichton started working with community development by helping at risk youth become exposed to opportunities outside of their normal learning and neighborhoods. She has helped design, run, and advocate youth programming outside of the school day that impacts students and their families for over 10 years.

Ms. Crichton graduated cum laude with her BA in Communications and a Film Studies Certificate from the University of Massachusetts Amherst. Ayana is also the Rhode Island Ambassador for the Afterschool Alliance and Program Advisor for Fuel Up to Play 60 (an initiative through the National Football League, United States Department of Agriculture and National Dairy Council). Her belief is in better quality of life for all and during her work with youth, healthy students show up to school on time, eager for learning so they can focus on a educational pathway to a career or college readiness. This includes work around food security, social emotional growth and learning, combating neighborhood factors, and partnering with local businesses to see what skilled workers they require.

During her work with youth in Cranston, Ayana discovered that some experience inequities and they attribute it to the color of their skin and socioeconomic status. These youth are not afforded the same opportunities as their counterparts. Ms. Crichton has made it her life’s work to advocate for youth and their families so they are given equal opportunities to help insure a better quality of life. She served over 500 youth and their families afterschool and during the summer months in Cranston before joining the OneCranston network.

Ms. Crichton collaborated with several partners in Cranston to serve the families of her students through what she called the “Parent Academy.” Here parents learned English, leadership and advocacy skills, and they shared their stories through projects around culture. Ayana was invited to work on the Working Cities Challenge initiative because of her work in the community. During the design phase, partnerships around the table, realized that youth and adults in Cranston who were black and latino experienced forms of racial inequality which limited their access to careers or higher education. They also realized that socioeconomic status impacted residents educational growth and career pathway.

After Cranston was awarded the $400,000 from Working Cities Challenge of Rhode Island, Ms. Crichton was hired as the Initiative Director. Ayana wants to continue her work in supporting youth, their families, and other adults in Cranston impacted by educational and workforce development gaps. Ms. Crichton took this job in hopes of having a larger impact so that Cranston residents create equal opportunities for each other, regardless of skin tone or wealth. Her belief is that a more socially cohesive city, where all are have a voice and are listened to, will in turn create upward economic mobility for all. The start of the work is around Racial and Social equity and understanding the historical elements that come in to play in Cranston and impact the current power structure.

Ayana grew up poor with a single father and two older brothers. As a black young woman growing up in an affluent town, Shrewsbury, Massachusetts, Crichton worked extra hard at proving her worth and moving away from the unfortunate shadow of racial bias her brothers had lived through during their time in Shrewsbury’s public school system. The system’s mistreatment and inequality towards people of color seeking a proper education motivated Ayana in her work. Now, the mother of a new baby girl who is of mixed race, Crichton hopes her daughter is afforded an equitable education and knows the work she does now can have a ripple effect. The work of OneCranston can be a national model and end the trends and systems that hold back people of color and those in a different wealth brackets. Ayana says looking at systems and changing them is important. We must work with a sense of urgency to combat old traditional inherited biases and write a new narrative where equitable practices are woven into American systems and sustained.

As a Working Cities Challenge participant, Cranston, Rhode Island is working to undo the city's longstanding racial divides. Two partners in the work reflect on efforts to build unity through collect…