Cities are at the forefront of innovation in government. As gridlock and polarization stall progress on the national level, and state and federal aid to local government shrinks, mayors and city leaders are looking at new ways to provide services that meet the needs of their growing populations.

These changes have required cities to be nimble and sophisticated. Long engaged in competition with one another for residents and investment, cities are realizing that if they want to be at the cutting edge, they have to be a part of the conversation- and if they want to solve universal problems, they must embrace a culture of collaboration. Increasingly, they are working with organizations like National League of Cities, C40, Living Cities and a host of others who are testing new approaches to tackling the biggest issues facing city-dwellers, finding exciting programs and policies in the field, and sharing best practices across their networks.

Cities in the Bloomberg Philanthropies i-team program are beginning to play a leading role in this conversation. The i-team playbook emphasizes partner engagement as a key strategy to accomplish big, bold innovations that address cities’ stickiest issues. Teams from the 19 cities in the program keep in close contact with each other-both through convenings and regular coaching with partners in the i-teams program, but also with one another in both structured and unstructured ways. 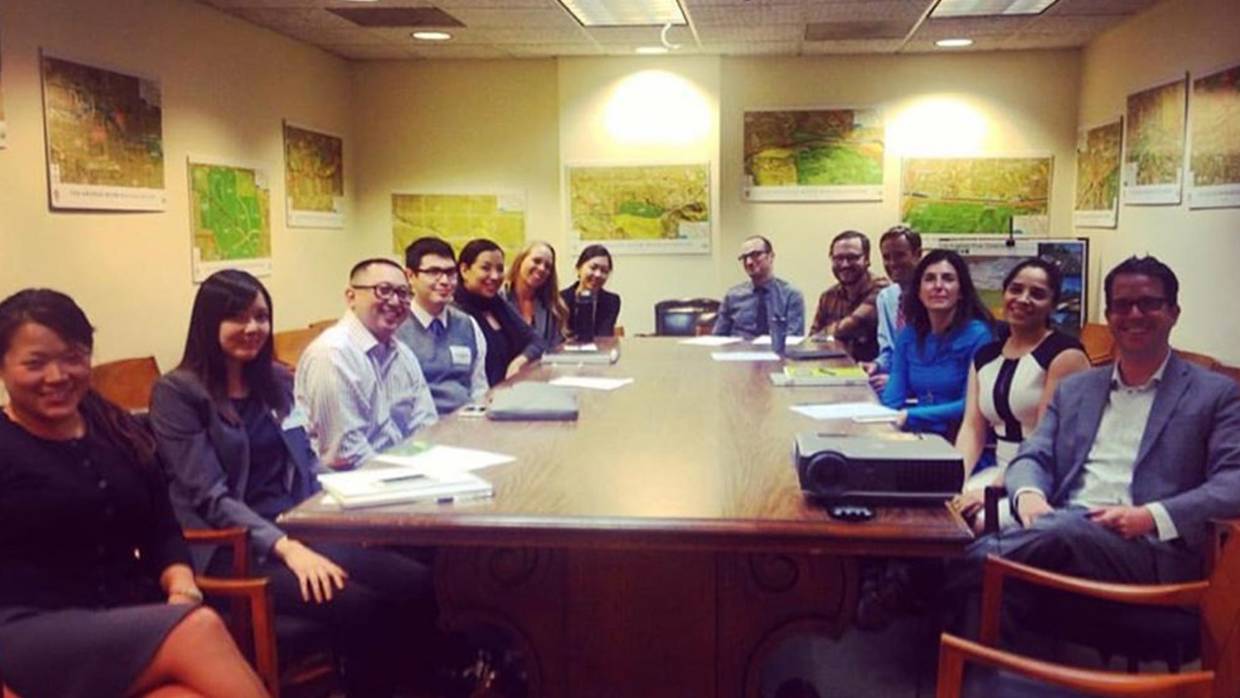 It goes above and beyond relationship building,” said Scott Blumenreich, Director of the Centennial, Colorado i-team. “We’re sharing ideas, sharing contacts or networks… brainstorming. We spend a lot of time discussing the issues in an effort to sort out what a local government’s responsibilities are and how an i-team fits into it. If we hit a bump in the road, we have a peer group to bounce ideas off of.”

Boston’s i-team, housed in the Mayor’s Office of New Urban Mechanics, has spoken offline with just about every one of the teams in the latest cohort of the i-team program. In fact, a member of the Tel Aviv i-team exploring how other cities have gone about integrating recent immigrants to the city–a key challenge they are focusing on–recently traveled to visit with the Boston i-team, who put them in touch with key people in city government.

“As old-timers in the innovation space we get a lot of calls with a lot of teams,” said Boston i-team Director Nigel Jacob. “There are some really thoughtful, interesting people. And we’re always on the lookout for new ideas. Some of these cities have been doing the kind of work we’re looking to do around housing longer than we have in one way or another. We’re looking for insights, innovative ideas, experience on what has worked and what hasn’t.”

Cities in the i-team program have not limited themselves to their fellow i-team partners when looking for innovative ideas. When teams were exploring challenges and generating ideas for potential initiatives, they reached out to a range of municipal experts to find initiatives that have been successful in other cities,

Syracuse’s i-team has traveled to Washington DC, Minneapolis-Saint Paul and Cincinnati to meet with government officials and learn from their challenges and successes.

“For us working in our current priority area – infrastructure - we did some looking around to see some communities who are doing what we thought was exciting work in this space,” said Syracuse i-team Director Andrew Maxwell. “We are looking to people using data and tech to their advantage, people who take approaches that would be new to us in Syracuse.”

This relationship is not a one way street. In July, members of the Peoria i-team traveled to Philadelphia to learn about that city’s transformative green infrastructure and public service efforts. This October, engineers from the Philadelphia Water Department in turn made their way to Peoria for their Global Network event on green infrastructure. Practitioners in city government are finding that it can be as rewarding in a community of innovation to serve as a resource as it is to be the recipient of knowledge.

“Our focus is on Philadelphia but imparting our experiences and knowledge makes our hard work have an even wider reach,” said Meg Malloy, an environmental scientist with the Philadelphia Water Department, who visited Peoria for the green infrastructure event. “And on personal level it allows for much needed reflection on our accomplishments and setbacks. It provides a space to appreciate how far we have come and to acknowledge all the individuals, partnerships, and businesses that have participated to make this shared vision [a reality].“

As i-teams work to build a new practice of innovation in city government, organic problem solving networks developed by cities around the world will be a major factor in achieving measurable progress on cities’ biggest issues.

As Syracuse i-team Director Maxwell puts it, “We can learn from other people’s communities’ experiences and mistakes. These are the things that will help us make better experiences.”