Pay for Success Pays Off: And Other #GoodReads from Living Cities

Pay for Success Pays Off: And Other #GoodReads from Living Cities

Among this week's roundup of reading recommendations from our staff: two big announcements that could have a significant impact on low-income people and communities of color.

Today we’re sharing both good news news and good reads.Two big announcements this week - from Utah and the Department of Justice - could potentially have a significant impact on low-income people and communities of color. And as our staff reflected on what they read last week, those were just two of the posts that sparked our thinking and rose to the top for #GoodReads.

First, watch this TV Spot with our President and CEO, Ben Hecht, on Albuquerque’s “Morning Brew” early last week. Ben appeared with innovation partners from Mission: Graduate and member organization, Wells Fargo, to discuss our work and investments in Albuquerque, from The Integration Initiative to the Innovation Teams to the Cradle-to-Career efforts of Mission: Graduate and the StriveTogether network. All-in-all, this spot is a compelling discussion about how we leverage networks, like we do at Living Cities, to create system change in place.

Now onto good news and #GoodReads…

Goldman Sachs will receive the first Pay For Success “Pay-Off” in the United States, as part of a Utah PFS initiative that aids preschool children. “When the students were tested this year — after a year in preschool — and found not to need extra help, the State of Utah paid Goldman most of the money it would have spent on special education for the children.” reported the New York Times. For those of us in the fields of capital innovation and impact investing, the results in Utah are particularly exciting for a number of reasons. First - 595 additional three and four year olds were able to get high-quality pre-school because of the upfront capital provided by the private investors. Since they received that high-quality preschool, 109 of the 110 who were expected to need special education did not need the additional services because they were prepared and ready to learn. Therefore Goldman will receive their principal back and can re-invest that money into other social investments allowing for greater impact. Secondly, because PFS projects span multiple years, we can continue to measure the impact of the high-quality preschool over time and ensure the students enrolled continue to have positive outcomes.

Burden of Debt on Black America - By Paul Kiel and Annie Waldman, The Atlantic

At Living Cities, we work to ensure that low-income people, particularly people of color, have equitable access to opportunity. But, we also know that access is often not enough. Even with access to education and jobs, institutional racism and discriminatory policies and practices in many realms make moving up the economic ladder difficult. From housing discrimination to discrimination in policing, some of these forces have been the topic of much discussion in recent years. However, there are other forces that we don’t pay as much attention to, but that can be equally burdensome to low-income people. This article in The Atlantic explores one such force—the burden of debt on black America.

Last week, the Justice department announced that it would release of 6,000 non violent offenders from federal prisons as an attempt to reduce overcrowding in federal prisons, and roll back harsh penalties given to nonviolent drug dealers during the 80s and 90s. This is the first time in history that such a large discharge such as this has taken place. We’ll continue to monitor this news, and its effect, as many of the released prisoners are young men of color. We ask: what will this mean for the young men released, in terms of access to jobs and opportunities, for their families, and for the communities to which they return? We’ll also look to lessons from our investment in the Massachusetts Juvenile Justice Pay for Success project, which seeks to reduce recidivism among young male offenders.

The Most Important Mayoral Races of 2015 - By Alan Greenblatt, Governing 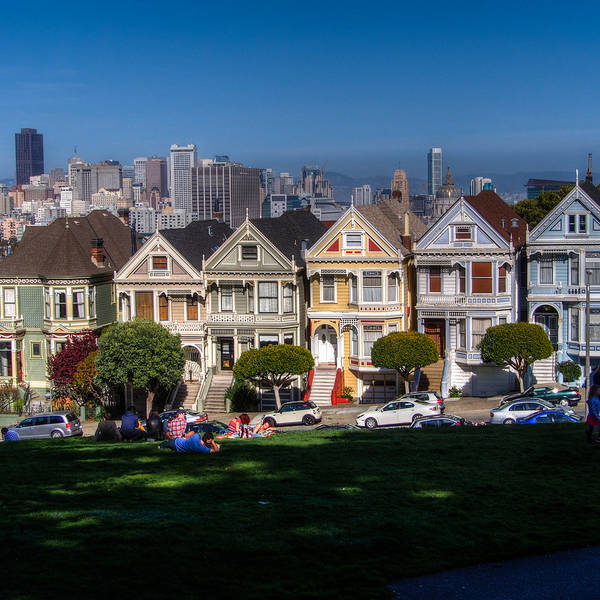 A new poll finds that Blacks, Hispanics and Asians are optimistic about their future prospects and ability to achieve The American Dream. Our CEO, Ben Hecht, wants to take that optimism and turn it i…

Turnout for stand-alone municipal elections is almost always anemic, averaging about 25 percent in the 125 largest cities, according to Aaron Weinschenk of the University of Wisconsin-Green Bay. The Democratic nominee in Charlotte, who will be the presumptive favorite against Republican Edwin Peacock, could be selected with the support of some 6,000 voters in a city of 800,000.

“You’re looking at disengagement with municipal elections,” McCorkle said. “The very people who have more to do with your daily life than the president, you’re not paying attention to it.”

Ever since I began working closely with my city government and then working for it, I was surprised how few people know their mayor or their elected officials. I’m curious to see how our work in Public Sector Innovation can encourage cities encourage cities to become more “resident-informed” and engaged in the process of electing, and becoming, city leaders. I also like the efforts to grade public officials, because if done well it can encourage better government and discourage an inefficient, unresponsive public sector.