#BensTake: The Three Biggest Obstacles to Making Cities Work for Everyone

#BensTake: The Three Biggest Obstacles to Making Cities Work for Everyone

At the most recent Project on Municipal Innovation convening, three quotes helped bring some of today’s biggest challenges into clearer focus for our CEO, Ben Hecht. Here, he highlights important solutions.

Just last week, I witnessed something incredible –leaders from 39 of the biggest U.S. cities gathered together at Harvard’s Kennedy School of Government to talk about the intersection of race, opportunity, and city policy. It was part of our ongoing Project on Municipal Innovation, where chiefs of staff to big city mayors spend three days learning and reflecting on their most important issues and challenges.

Three quotes from those days have stayed with me. In many ways, they reflect the biggest obstacles we face as a nation to building a more equitable and inclusive society:

Our Systems Aren’t Really Systems at All

Our Harvard Partner, former Indianapolis Mayor Steven Goldsmith, stated it well, “The challenge of the criminal justice system is that it’s not a system at all.” We think its broken but there isn’t a system. Think about it: there are a number of moving parts within what we, in America, call the ‘criminal justice system’ but they actually don’t work together towards a desired result. For example, if the result was justice, then promoting plea agreements for judicial efficiency wouldn’t be tolerated. If the result was rehabilitation, then prisons would be held accountable for prisoner readiness upon release. 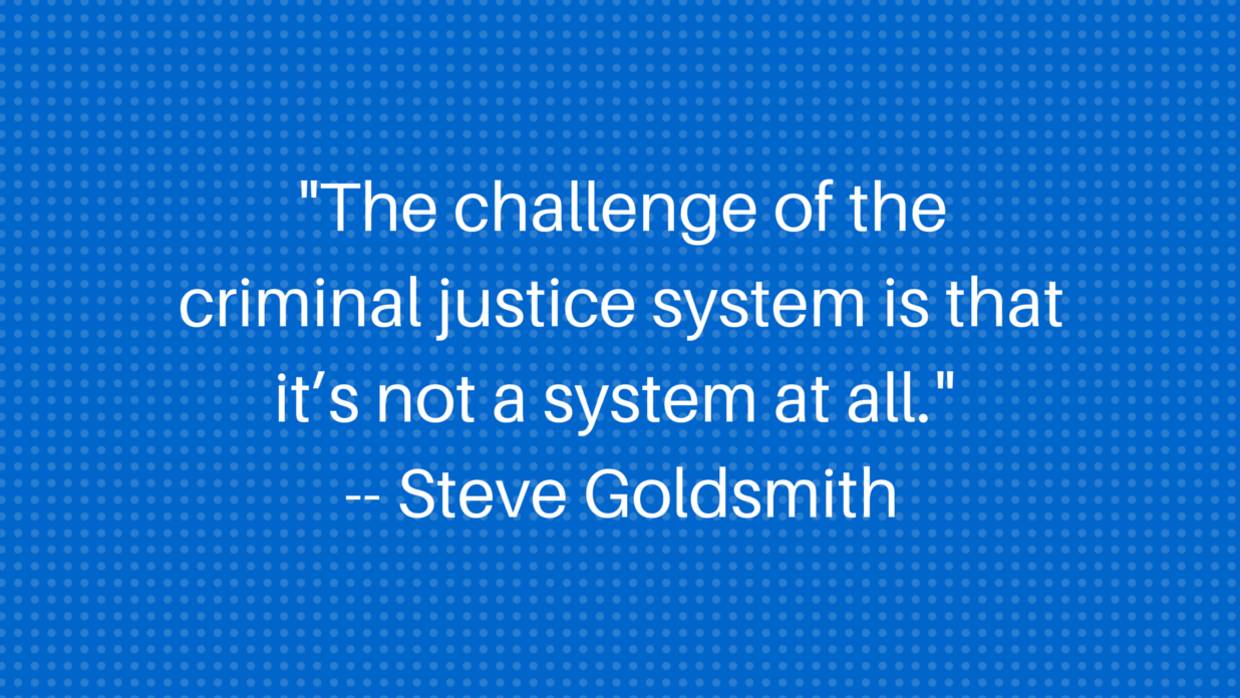 Quote from Steven Goldsmith at the Project On Municipal Innovation convening, September 2015.

We can say this about so many other ‘systems’ in America. In education, for example, while a system does indeed exist, it is often not achieving the desired result., Recently, I wrote about a study that found that only 33% of business leaders believed that universities are effectively preparing students for the workforce; yet 96% of college and university chief academic officers believed that their institutions prepared students effectively for the workforce. Here, a system is ostensibly working towards a shared result, but it is clearly not achieving it.

That’s why we’re such big supporters of the emerging collective impact efforts growing around the nation. They focus on results. In the first three years of our Integration Initiative (TII), Living Cities focused a great deal on fixing broken systems towards a shared result. One of the most powerful things we learned was that whether you are fixing a broken system or addressing the fact that there isn’t a system at all, change is about aligning resources to get the results we collectively wanted to achieve. So, in our TII sites, we asked, ‘What are the shared results that you want to see; and how must the different stakeholders adapt, change and realign themselves to get achieve that result?’

People Have Lost Faith in the Government

Nick Turner, President of Vera Institute of Justice, the nation’s leading criminal justice think tank, noted, “The conversation between police and community isn’t just about police, it’s about trust in government overall.” American cities have a long way to go in repairing the relationships between police and community, but the larger issue at play is the relationship between the community and their trust in government. Nationally, the public’s trust in government is in rapid decline. According to Pew Research Center, a mere 19% of people say that they trust the folks in Washington to do what’s right. Luckily, trust in local government, while still at historic lows, is slightly better. 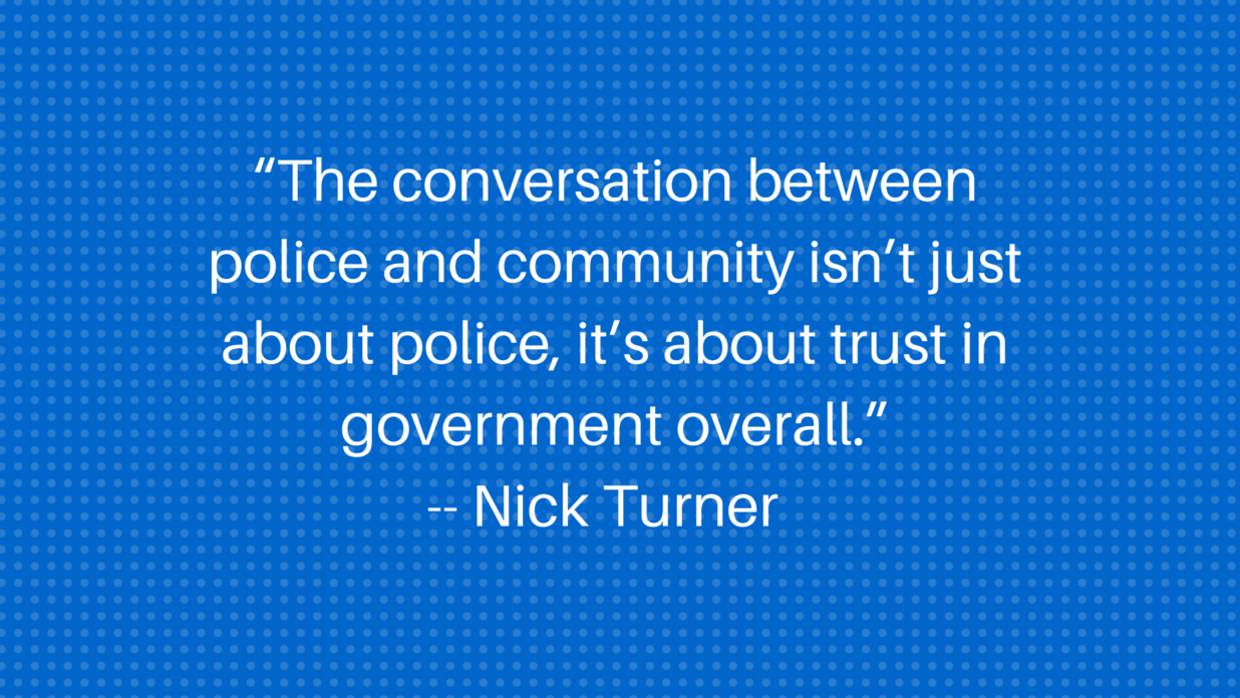 Quote from Nick Turner at the Project On Municipal Innovation convening, September 2015.

That’s why new ways of engaging citizens and the community in broad, authentic ways is so important. That means helping to understand how to engage individuals acting individually and collectively along the community engagement continuum of goals – from informing residents or elected officials about a position to co-creating solutions. We need to use the transformational power of technology, ubiquitous smartphones, social networks and the like to make these efforts a success.

We are already seeing great potential along the continuum – from 311 platforms that enable citizens to register issues and to track their progress; to a participatory budgeting movement being deployed across individual councilmanic districts. We must use this opportunity to make sure that we help all these important actors move away from long held “defaults” in their methods and strategies for community engagement. For government, that often meant focusing only on the need to “inform” residents of changes it was contemplating and checking the box that they provided a forum for “input,” largely through public hearings. For non-profits and the foundations that support them, “default” was often advocating “on behalf” of communities. While these strategies will certainly be appropriate in some cases, we cannot be satisfied that they represent the universe of what is possible.

Only when government shows its ability to listen and be partners in creating solutions can we restore the trust and rebuild relationships needed to tackle the complex challenges that local communities face today.

ESRI founder Jack Dangermond hit a chord when he said about how data leads to change, “It’s not about Big Data, it’s about Big Understanding.” There is so much talk about open data, inter-operability of data systems, and data privacy but way too little about how this data is actually being used to understand the problems in a deep way. Simply put, we need to help local communities to meaningfully marry data science and social science. In fact, across our entire portfolio, from the StriveTogether sites to The Integration Initiative, we see a need to translate data into formats that can help drive better decision making. For example, interactive data visualization platforms like PolicyMap allow users to create and share maps and/or charts, either from their own or national data anywhere in the country. These and other automated tools increase the likelihood that the data is useful and utilized. 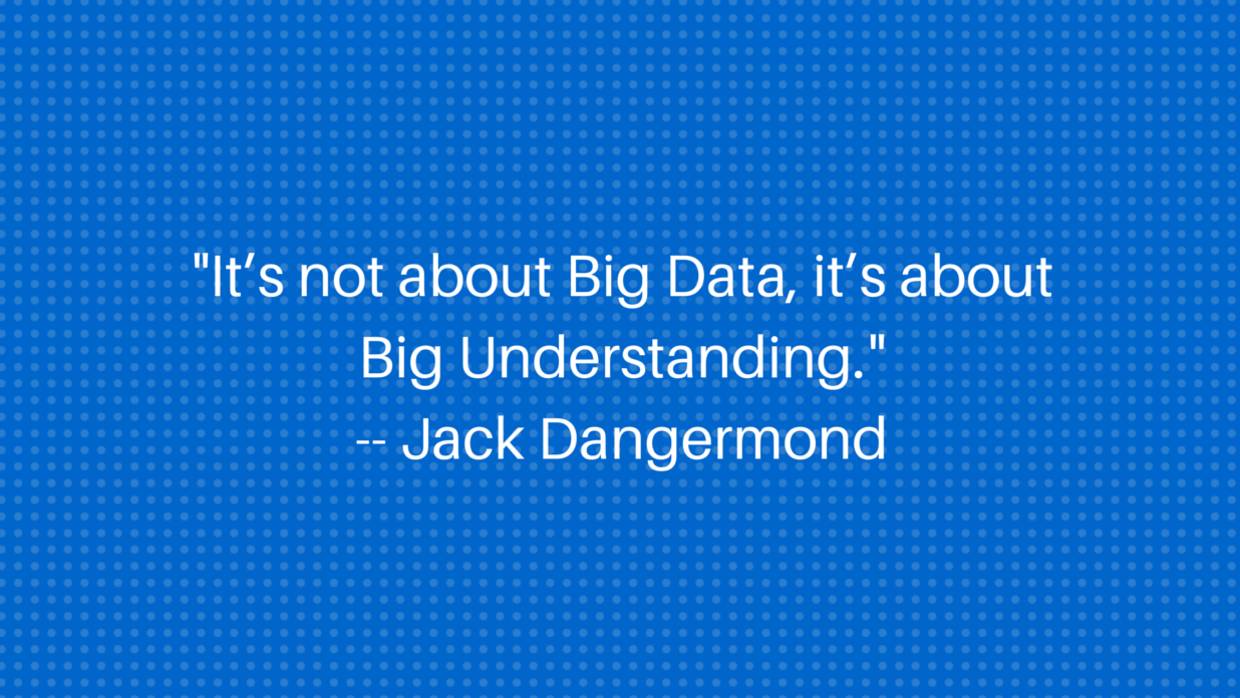 Quote from Jack Dangermond at the Project On Municipal Innovation convening, September 2015.

While these quotes helped bring some of today’s biggest challenges into clearer focus, they also helped to highlighted important solutions. Building systems for results, re-instilling confidence in government and using data ‘as a flashlight to understand, not a hammer to punish have to be tenets of a New Urban Practice to dramatically improve the lives of low income people in America’s cities.