With football season starting, Ty Boyea-Robinson decided to use her fantasy football skills to create five principles that can help build successful relationships between collective impact funders and grantees.

Most of my days are spent being what I call a “critical friend” to the leaders in Living Cities’ portfolio of over 70 collective impact initiatives. I work with those leaders to support them in achieving their set outcomes, but I also push them to consider how they can create systems changes that endure long after their work is complete. The relationship is certainly one of friendship, but can be tense at times when I point out blind spots or issues that the leader does not want to consider. Because Living Cities is a national funder, I also spend a lot of time talking with other grantmakers about how to best work with grantees. The great news is many funders are willing to shift their relationships with grantees to be “critical friends.” Unfortunately, most often fall into the trap of being more focused on their own outcomes rather than the outcomes of their partners.

Effective collective impact must start with a clear, common purpose developed through an open process that brings around the table all of the players necessary for true impact and results.

I was reflecting on this problem as I prepared for my annual fall ritual of the last eleven years—my fantasy football draft. For those of you unfamiliar with the process, as the football season gets going people research in earnest to get an edge on being the best Fantasy Football Coach. One tool I find particularly helpful is the annual Draft Day Manifesto written by Matthew Berry. I was so inspired by his most recent release that I thought it might be helpful to create a Collective Impact Funder Manifesto. We’ll have to see how Berry’s manifesto helps me this season, but I hope this manifesto can help you strengthen your relationship with grantees and build a New Urban Practice in partnership. (And I apologize in advance for all the pop culture references—I couldn’t help myself.)

For some reason, when people hear this quote, their brain jumps immediately to a particular type of leadership. It’s the “uneasy lies the head who wears the crown” type of leader, with the weight of the world on her shoulders as she balances the scales of justice on behalf of her people. But I much prefer the Spiderman version, especially the Tobey Maguire installment. What I loved about Maguire’s Spiderman is that he was often the reluctant leader. He was hesitant to a fight, often groaning to himself about what he got himself into, and looking for many other ways to come to resolution than putting himself front and center. It’s this type of “lead from behind” mentality that is often missing from funders in Collective Impact initiatives. As a funder, when you walk into a room, people know you can scale walls, do acrobatic flips, and channel all manner of resources in service of the causes you care about. What’s less certain is whether you put the input of those around you above yourself, even when it costs you organizationally for the good of the collective. When you are constantly cautious of how and when you wield your power, it has a weird way of inciting a New York mob to come to your aid to fight the bad guys, like Spidey did in his battle with the Green Goblin.

Which leads me to my next principle…

Disney’s The Hunchback of Notre Dame isn’t the most popular of its cartoons. But one of my favorite Disney songs is Hellfire by the villain from that movie, Minister Frollo. There’s a whole section where he sings a litany of excuses for his misdeeds while a Latin chorus repeatedly belts “MEA CULPA”. And in the end, instead of admitting and owning his challenges and faults, he wields his power and points his finger at everyone else. Most people are not accustomed to leaders, especially funders, admitting blame or fault. As a funder you are often in the privileged position of making many of the rules, and therefore it’s very hard to actually break them. But you’d be amazed at how many people are more willing to address conflict head on and compromise on behalf of the greater good when you are consistently willing to authentically share not just the good, but the bad and the ugly on your path to change for the communities your cross-sector partnership cares about most.

If the first two examples are about what you can do as a funder individually, this principle is about what you can do with your peers. My husband and I got married in Florida the day after Hurricane Charlie. Now some might say I’m a bit anal retentive, but I would choose a host of other more complimentary adjectives. Suffice it to say that I had everything planned down to the very popular first dance song For You by Kenny Lattimore. But the night before during my rehearsal dinner when all of our wedding party was trapped in a restaurant by gale force winds, imbibing and singing Al Green’s Let’s Get Together, it completely changed the tone of the next day. Let’s Get Together seemed so much more appropriate- figuring out how to move through challenges whether times were good or bad, happy or sad. And frankly, as funders, we expect our grantees to do that but shy away from practicing what we preach. Honestly, when was the last time you truly aligned with your fellow funders to move past your organizational perspectives to remove barriers and support the collective impact efforts in a way that was rowing in a line and not side by side? If we can’t get together, then it’s disingenuous to expect that from our investments. 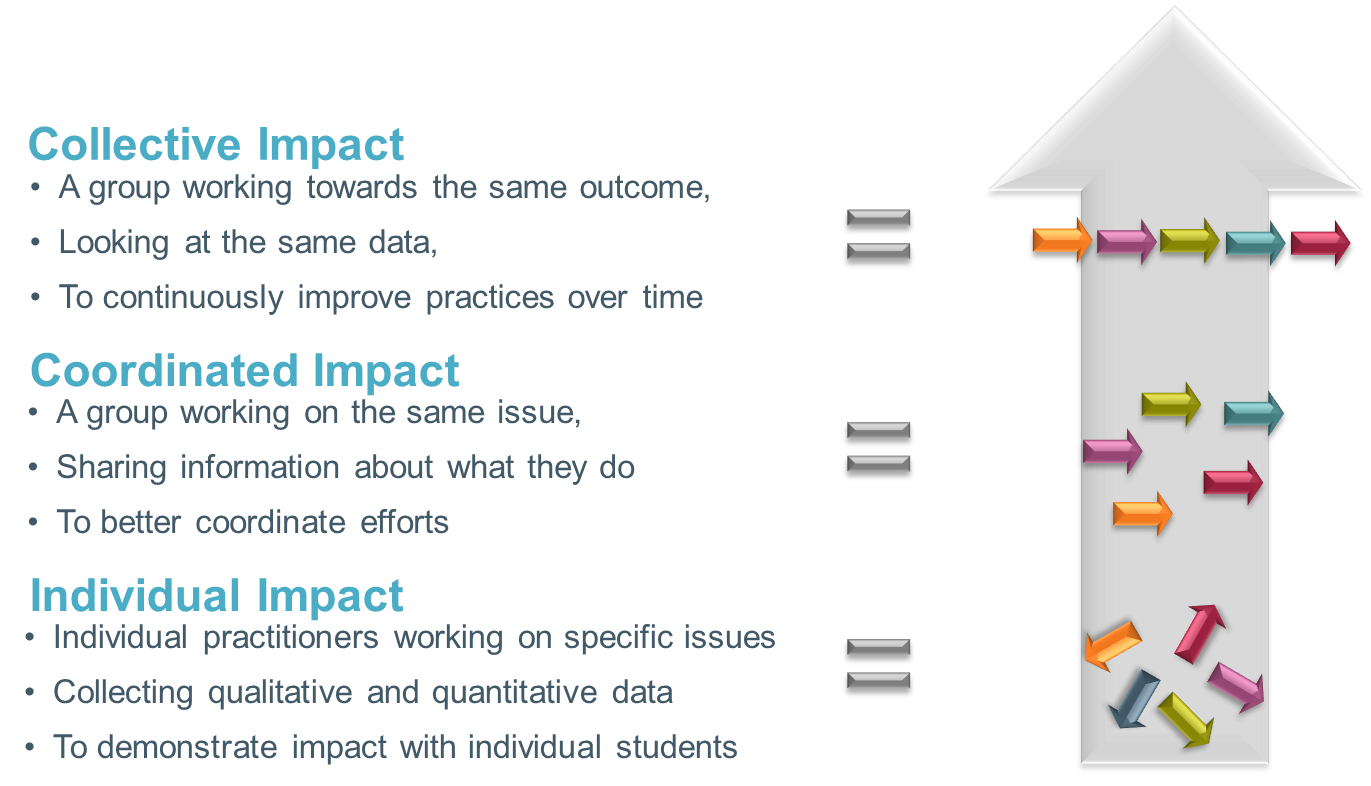 We recently had a group meeting where the warm up question was “If you could travel in time, where would you go and why?” Two of my favorite responses had to do with traveling back in time and confidently communicating and acting differently because of what they knew would happen in the future. While I can’t claim to have invented something like a time-traveling DeLorean, there are several things we as funders do know about the future. As our CEO Ben Hecht often cites in service of building a New Urban Practice, “inequality of income, wealth and access to opportunity is the issue of our time, posing a serious threat to our place in the world, as well as our economy, democracy and way of life.” So if that’s the trajectory we’re on, it puts a particular onus on us as funders to hold the vision of the future we’re trying to change with the same confidence as if we DID have time machines! And part of that is not about the motivational language, it’s about investing in the longer term needs of the partnership. From building the capacity of the leaders who run collective impact efforts to being willing to invest in multi-year efforts with explicit outcomes, we should communicate and act as confidently as if we’ve been to the future and back.

I know this quote from President Teddy Roosevelt is often used to justify less talk, more action, but for our purposes, principles 1-4 are the equivalent of “speaking softly”. And one of the often counter-intuitive benefits of committing yourself as a funder to “speaking softly” is that when you do more explicitly wield your power and influence, it often lands with more impact. But how do you know when to do which? The good news is, you already have an outline based on what we discussed above. Usually in collective impact efforts, people get most stuck for one of the following reasons: 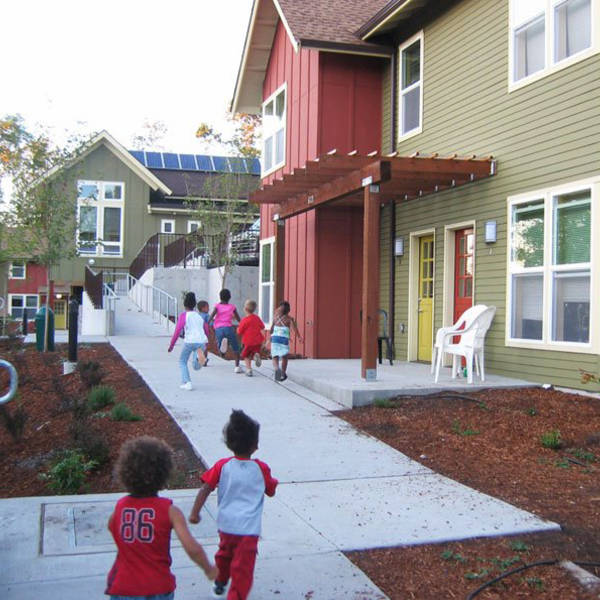 Since you have already consistently established your credibility in principles 1-4, you have disproportionate responsibility, influence, and power to “unstick” collective impact efforts during these common pitfalls. While it might seem trivial, these are often the keys to keeping people glued long enough to achieve results.