Bringing Back ‘Baltimore is Best!'

Bringing Back ‘Baltimore is Best!'

Everyone is picking on Baltimore.

*Hard times in the city, /In a hard town by the sea /Ain’t nowhere to run to /There ain’t nothing here for free

Baltimore has always been shrouded in a certain atmosphere of historic mist and mystery. Perhaps it has something to do with the fact that in the 1840s, this is the city where Edgar Allen Poe married his 13-year-old cousin, invented the crime genre in literature, produced his dark poem “The Raven” and then died at age 40 of unknown causes – just two years after his young bride passed away from tuberculosis. A century later, when those old black and white “noir” detective thrillers include scenes of shadowy streets and alleys, they are inspired at least in part by the earlier haunting pictures of Baltimore. In some ironic way, that’s part of the charm of “Charm City.”

But I know another Baltimore. I know a Baltimore that has a creative spirit and a persistence and dogged determination to rise above its diminished role as a seaport, to restore its most historic features and replace its aging neighborhoods and structures with fresh purpose and new life. Let me say that I have always been inspired by Baltimore.

Working as a city planner in the late 1970s and early 80s – about the same time Randy Newman recorded his sad, sad song – some of us were more inspired by Baltimore’s efforts to reclaim its Inner Harbor and retain its unique rows of downtown townhouses.

We urban idealists and political wannabes were impressed by the late William Donald Schaefer, who served as mayor of Baltimore from 1971 to 1987 and was proclaimed by many as the greatest mayor of his time. Schaefer adopted and promoted the simple theme of “Baltimore is Best!” and personally made attaining that visionary goal a daily way of life for all who lived, worked and played in Baltimore.

He was famous for driving around the city on weekends and making notes on multicolor, multipage paper of issues he felt needed attention. When he returned to work on Monday, the pages were separated and sent to departments for action with urgency. One special day he fired off one of his directives, stating there was “an abandoned automobile somewhere in Baltimore” and he wanted it gone. That was it – no address, no other identifying information. Legend has it the wreckers ran all day and into the night. People say that never before or since have more abandoned vehicles been removed from Baltimore’s streets in such a short period of time.

I remember sitting with the late, great developer James Rouse in the mid-1980s, discussing how he was recruited by Mayor Schaefer to rescue Baltimore’s dilapidated Inner Harbor. Rouse was credited with the virtual invention and development of the festival marketplace, a new form of retail establishment which made fun and food a part of the shopping experience. Rouse’s developments brought people back to a previously little-used part of the city. He also envisioned and built the shining new National Aquarium (an attraction we shamelessly copied in Chattanooga). I remember the audacity of Baltimore when, instead of demolishing its charming (but condemned) inner city town homes, it chose to sell them to willing urban homesteaders for a dollar.

Baltimore was and is a city of ideas.

It has indeed been a challenging time for Baltimore. But so has it been for other communities.

More recently, Baltimore has been in the spotlight of world media following the tragic death of a young black man, Freddie Gray, who died while in police custody – an event that sparked rioting, burning and looting on a scale not seen in urban America since the 1960s. It has indeed been a challenging time for Baltimore. But so has it been for other communities. The incident joined a growing list of similar occurrences that have inflamed public opinion and incited protests that sometimes turn violent in unrelated places across the United States: Eric Garner in New York City; Walter Scott in North Charleston, S.C.; Michael Brown in Ferguson, Mo.; Charly “Africa” Leundeu Keunang in Los Angeles; and Tamir Rice in Cleveland … and the list continues. Baltimore is not alone. Unfortunately, it seems we are all suffering through a season of sad tragedies and civil unrest in this country.

The important point is that Baltimore was already hard at work on such issues before the death of Freddie Gray. In Baltimore’s application video for the second cohort of the City Accelerator, Angela Johnese, former director of the Mayor’s Office of Criminal Justice, stressed the city’s specific interest and intent is to help make advances in the area of community safety and to build trust among groups, individuals and the police that traditionally have not had the best of relationships. Johnese, who has since left her position in the wake of the recent unrest, enumerated the ambitious objectives and actions behind the city’s Violent Crime Reduction Enhancement Initiative – including important steps aimed at community involvement and participation. Johnese said, “We are not starting anew and we build on current body of engagement strategy research and practices that are ready for adaptation and implementation.”

In a telephone interview this week, Howard Libit, director of Strategic Planning & Policy for the Office of Mayor Stephanie Rawlings-Blake, discussed the situation and underscored the city’s continuing commitment.

“In 2014 the mayor held a series of meetings throughout the city to engage directly with the public. Now she is following up with another such series this year to get out once again, not so much to talk, but to listen and hear what’s on people’s minds,” he noted. “The city has responded in a number of ways to the tragic events. Mayor Rawlings-Blake has organized and announced the OneBaltimore Initiative to try to coordinate and organize all those who call and ask now, ‘What can we do to help?’ and especially to do things like aid small businesses with low-interest or no-interest financing to enable them to rebuild and reopen.”

At the mayor’s invitation, Michael Cryor, a prominent local civic leader and head of The Cryor Group, LLC, a strategic communications firm, is heading OneBaltimore. Cryor has set his sights on immediately increasing the number of summer jobs for the city’s youth. There are presently about 3,000 names on the city’s waiting list. Quickly responding to the challenge and working to set an example for others, Johns Hopkins University committed to increasing its summer hires by 50% – from 200 to 300. Other, longer term goals of the OneBaltimore Initiative include improvements in education and housing.

Clearly, the current unrest runs far deeper than the civil disorder associated with the death of Freddie Gray and the sense of urban turmoil is not confined to the city limits of Baltimore. It seems that every day’s headlines bring a tragic, unsettling occurrence in another community in another part of the country. Yet it is also clear that Baltimore is not sitting idly by and just hoping that things will get better. In fact, Baltimore and the city’s leadership were already at work on the deep systemic causes of the unrest and they are moving with speed and determination to deal decisively with the underlying elements of the present situation.

Those who have looked to Baltimore over the years for inspiration and creative solutions are certain the city will rise to the occasion and will serve once again as a model for innovation and progressive action.

The subject of civic engagement was selected as the focus for the second cohort of the City Accelerator well before the present wave of turmoil began. While no city would have wished for these difficult times, perhaps there is no better community to explore new channels of civic interaction and positive public involvement than Baltimore. 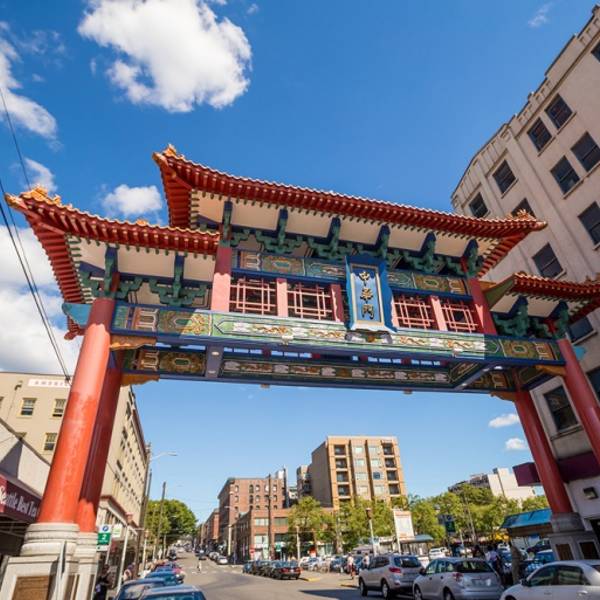