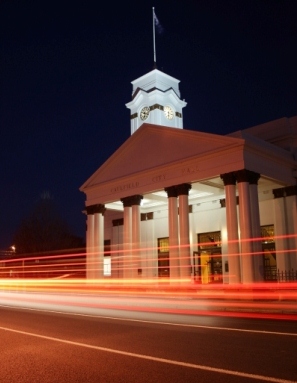 As our economy recovers but unemployment and underemployment remain high, pressure continues to mount on government at all levels to create and facilitate access to economic opportunity for all. In many cases, however, these efforts have been impeded by a lack of alignment and coordination between state, local and metropolitan governments. This fragmentation makes it significantly more difficult to create the enabling environment for job-creating businesses and needed public investments.

Despite these realities, systematic collaboration between states and metropolitan areas is not as robust or widespread as it needs to be. Mechanisms and processes to coordinate the pursuit of opportunities and to address areas of conflict among local, metropolitan and state policymakers are often lacking. In the absence of a deeper understanding of how collaboration between states, metropolitan regions and localities can best be approached, public leaders are left with inadequate support to position their places for prosperity.

As a step toward addressing this challenge, we are partnering with the Brookings Institution to create the Brookings -Living Cities State-Metropolitan Prosperity Collaborative, a peer exchange forum intended to promote deeper collaboration between state and metropolitan leaders on issues critical to creating economic opportunity. The Collaborative will convene twice this year, with the first session taking place this week in Washington, DC. This week’s convening will bring together a select group of economic development leaders from over a dozen states and metropolitan areas around the country to explore how states and metropolitan areas can align their efforts to better connect metropolitan areas to global trade and harness the power of immigrant entrepreneurs and global networks.

Finding better ways for states, metropolitan areas and localities to collaborate is essential to our ability to compete and create opportunity for all. Stay tuned for our takeaways from this week’s convening and other learnings and insights, and please share your thoughts in the comments section below.