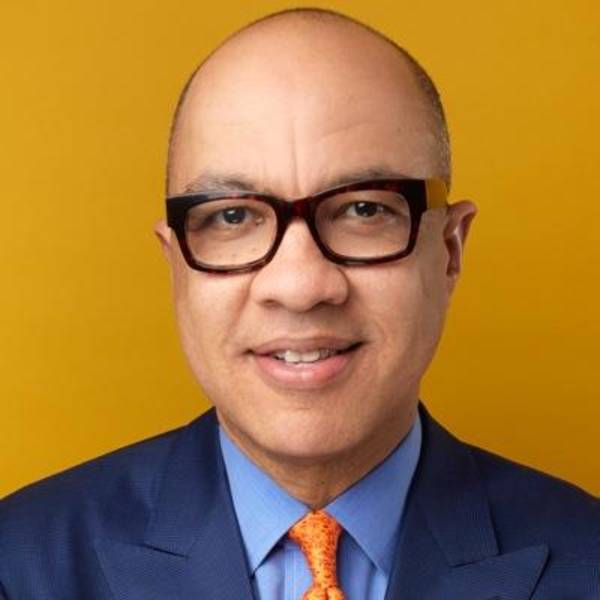 To the deans, the faculty and staff, the family and friends of the graduates, and, of course, the class of 2015: Congratulations!

Before we get too far along here, I need to be honest with you. This is not a typical commencement address. Far from it. Just look around.

You already have blazed the trail towards a more sustainable world.

At organizations large and small, at established corporations and exciting startups, at consulting firms and civil-society organizations, you already have blazed the trail towards a more sustainable world.

Now, not to make this about me, but for yours truly, this presents something of a challenge. You see, this podium is definitely not a platform for some wise old man to offer advice to the young and energetic leaders of tomorrow.

First of all, I’m not old. But second, you’re leaders today. 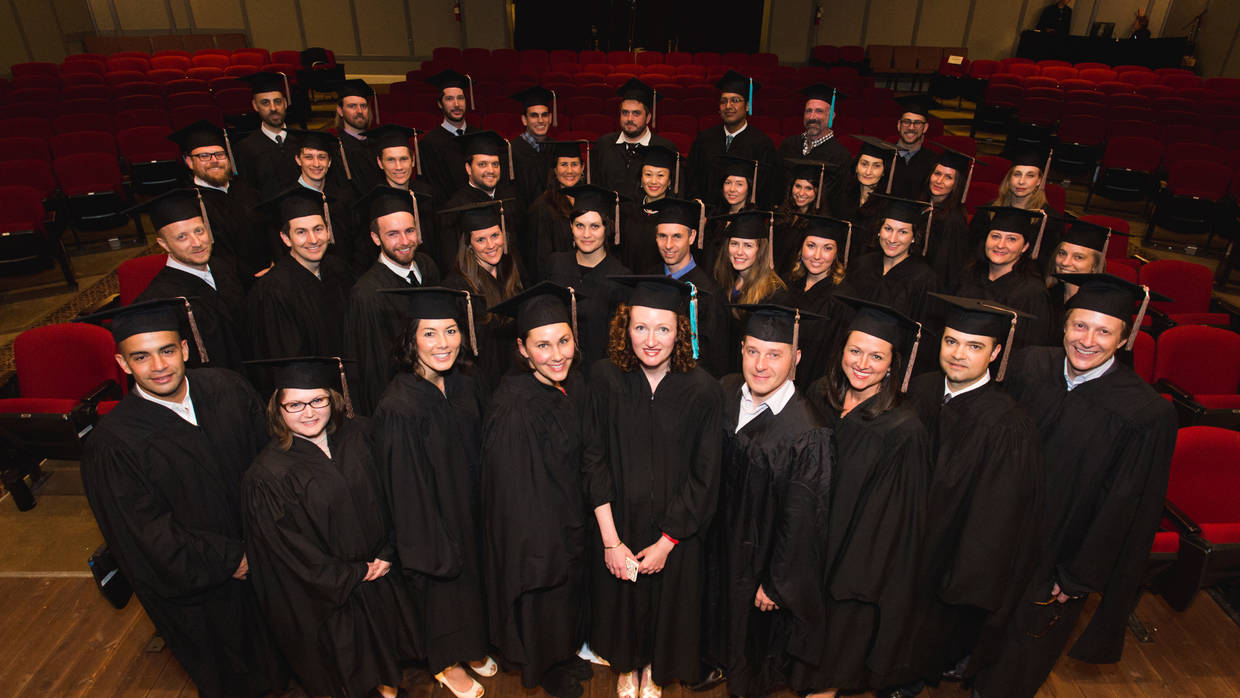 The Presidio Graduating Class of 2015.

Usually, when I’m asked to talk about sustainable businesses, I tell people what they are. But you already know that. I usually explain why sustainability is important. But you already know that, too. And I usually share some perspective on how organizations and institutions can make more sustainable choices. But as seasoned practitioners, on the frontlines of business-sustainability challenges, you know this work better than I do!

So in light of all this, I hope you’ll forgive me for eschewing the formula of tradition, and, instead, engaging in a conversation about the bridge between where we are and where we need to be. Because while the work never stops being rewarding, it never starts getting easier. And, more than that, we’re dealing with a complex, shifting set of issues—all emerging from, and evolving in dialogue with, an underlying crisis of inequality.

I believe that inequality—in all of its forms—is the greatest threat that our society faces.“

For my part, I believe that inequality—in all of its forms—is the greatest threat that our society faces. We see it in our economy, in our culture, in our politics and participation. And the level at which we see it is wholly unjust, to say nothing of unsustainable.

Last fall, at the Ford Foundation, we began a conversation about exactly these issues. We spoke with experts from around the world. And we asked the question: How can we make capitalism work for good?

In other words, we asked, “where markets lead, can justice follow?” And the answer, simply put, is three words: It can, if.

It can, if our businesses strive to optimize all kinds of value—social, environmental, cultural; not just to maximize shareholder value. It can, if we invest based not only on short-term gain, but also on long term good. It can, if we learn to resist the impulse to define every element of our lives in relation to capital, if we stop elevating market-oriented thinking above all other kinds and categories of human understanding. It can, if we think about markets and human dignity not as competing priorities, but as complementary ones.

Take a not-so-old example from when I was standing in your shoes and not far removed from sitting in your seats. Between my stints in global finance and global philanthropy, I worked with a community development corporation in Harlem.

In those days, many of the so-called advocates and experts—people I respected and admired—would speculate about the concerns of the community without ever so much as visiting with local residents. These outsiders had all the best intentions.

…The biggest issue on people’s minds was not the lack of some complicated, rights-based “theory of change.” It was the lack of a supermarket.

And yet, they tried to impose social change on the neighborhood, without regard to the people in the neighborhood. This was the textbook example of what my friend, the eminent scholar William Easterly calls “the tyranny of experts.” And the tragic irony, of course, is that if these experts had listened not lectured, they might have learned that the biggest issue on people’s minds was not the lack of some complicated, rights-based “theory of change.” It was the lack of a supermarket.

You see, the last supermarket had left the neighborhood some four decades earlier. And people in the community believed that they—citizens of the symbolic capital of the world’s wealthiest nation—had a right to basic services like groceries. Not the craziest idea in the world.

Well, during the late 1990s, our community development corporation helped attract a full-service Pathmark store to Harlem. And when we did, we broke the bottleneck—in a way that no technocratic development plan ever could have.

By bringing in one business, we created an environment in which others soon followed.

By bringing in one business, we created an environment in which others soon followed. As businesses went in, people wanted to stay or move in, too. And thus, we set in motion a virtuous cycle—a new Harlem renaissance for the 21st century.

What did I learn from this experience? Something that’s, in a word, disruptive. (As they say, when in San Francisco…) Too often—and this is the case everywhere—we retreat into our separate ideological corners.

On one side are those who are exclusively “rights-oriented.” They believe that ordinary people deserve certain benefits and protections—to make the system equal and fair—and that businesses should adapt accordingly.

On the other side are thinkers and advocates who believe that the only way to achieve inclusive, fair development is through “market-based” approaches that allow the invisible hand to sort everything out. In their view, economic growth is the solution to every problem.

But the truth is, after decades of experimentation, we know that each of these two arguments has merit. Each camp has the data and metrics to affirm the rightness—and righteousness—of their cause. 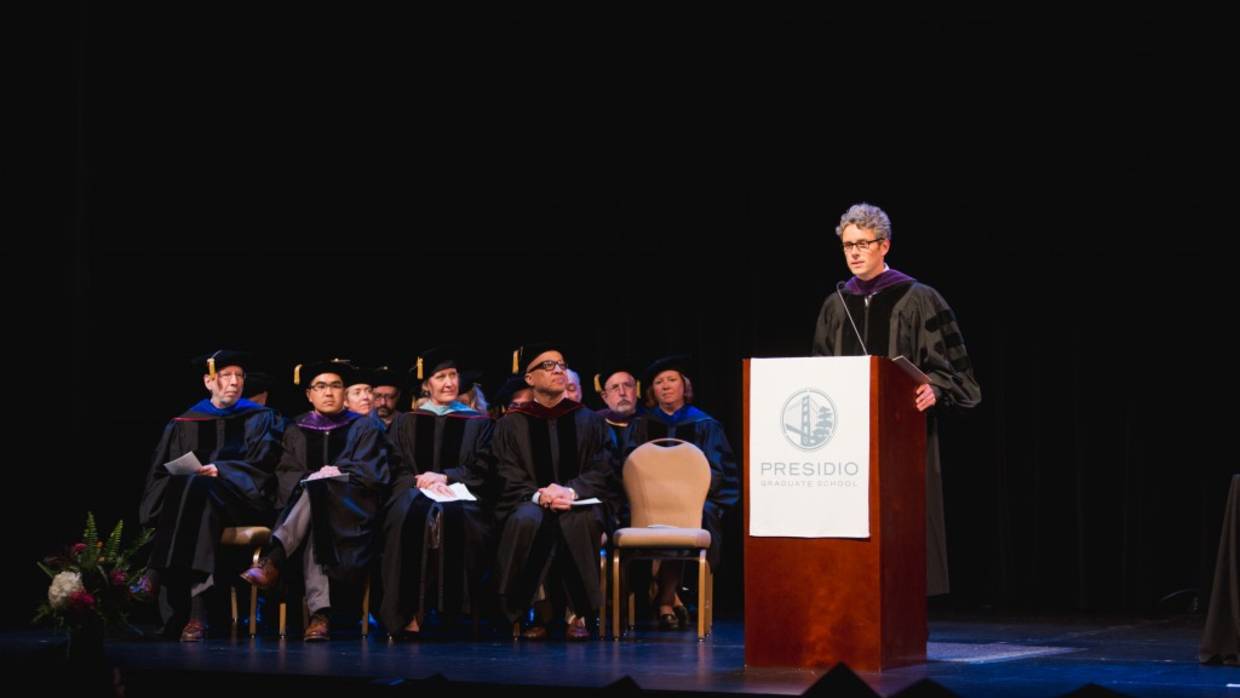 And so, today, more than ever before, it is incumbent upon each of us to find ways to draw on the new ideas and best practices of both “community-oriented” and “market-based” approaches—not either one or the other.

Put slightly differently, if capitalism can be a force for good, why not harness it? And if doing good can help businesses do well, why not encourage it?

We need to create a new paradigm that embraces each—simultaneously. We need to build bridges of understanding.

We need to create a new paradigm that embraces each—simultaneously. We need to build bridges of understanding. After all, more often than not, we share the same objectives.

I saw this same dynamic play out again, more recently, in one of the great turnaround stories of our time, in Detroit, Michigan. The “Motor City.” The “Arsenal of Democracy.” The “D.”

I’m sure you all know something about Detroit, and its unprecedented bankruptcy. Well, my colleagues and I were proud to join a collaborative effort that helped the city navigate this crisis—while balancing the demands of the market with the dignity of the community.

As you’ll recall, there were a number of differing, sometimes opposing, positions on what to do in Detroit. To oversimplify: On one end of the spectrum, we saw billionaires waiting to strip down the Detroit Institute of Arts—the second largest city-owned museum in the United States—and then sell of its masterpieces. They saw the bankruptcy as an “assets and liabilities” issue. The city had too many liabilities, and they were looking to sell off assets.

On the other end of the spectrum, plenty of people ignored the economic realities entirely. They believed, and rightly so, that citizens who had spent their lives working for the city should receive the pensions that they had earned. Never mind the endless red ink and bottomless unfunded deficits and debt.

So the question for Detroit—and all of us—was two fold: How do we save the city? And, more than that, how do we make sure that Detroit remains a city worth saving?

Well, the answer—much like in Harlem—was to jettison blind allegiance to only one way of thinking or another, and, instead, to come together. To forge a grand bargain—in which everyone gave more than they wanted, but got what they needed. (Like the Rolling Stones said…)

Visiting San Francisco, I’m struck—as I always am—by the majesty of the Golden Gate Bridge. And this beautiful bridge is the perfect emblem not just for Presidio, but for everything I’m talking about.

So, let me close by getting at this from a slightly different angle.

As many of you know, this year marks the 50th anniversary of the Civil Rights Movement’s Bloody Sunday. Back in March, I was privileged to attend the deeply moving celebration, and to spend time with one of my personal heroes: Congressman John Lewis, who marched in the vanguard of justice on the Edmund Pettis Bridge in 1965.

But John yearned for a better world. He was willing to put his life on the line for it.

Fifty years ago, he was just a twenty-five year old kid, younger than all of you, I imagine. But John yearned for a better world. He was willing to put his life on the line for it. And he didn’t just cross a bridge; he built one.

He—and a generation of heroes marching in unison—bridged the divide between an America that failed to fulfill its promise, and an America in which a black, gay kid from a working-class, rural Texas town could become the president of one of philanthropy’s flagship institutions. His life’s work made mine possible. 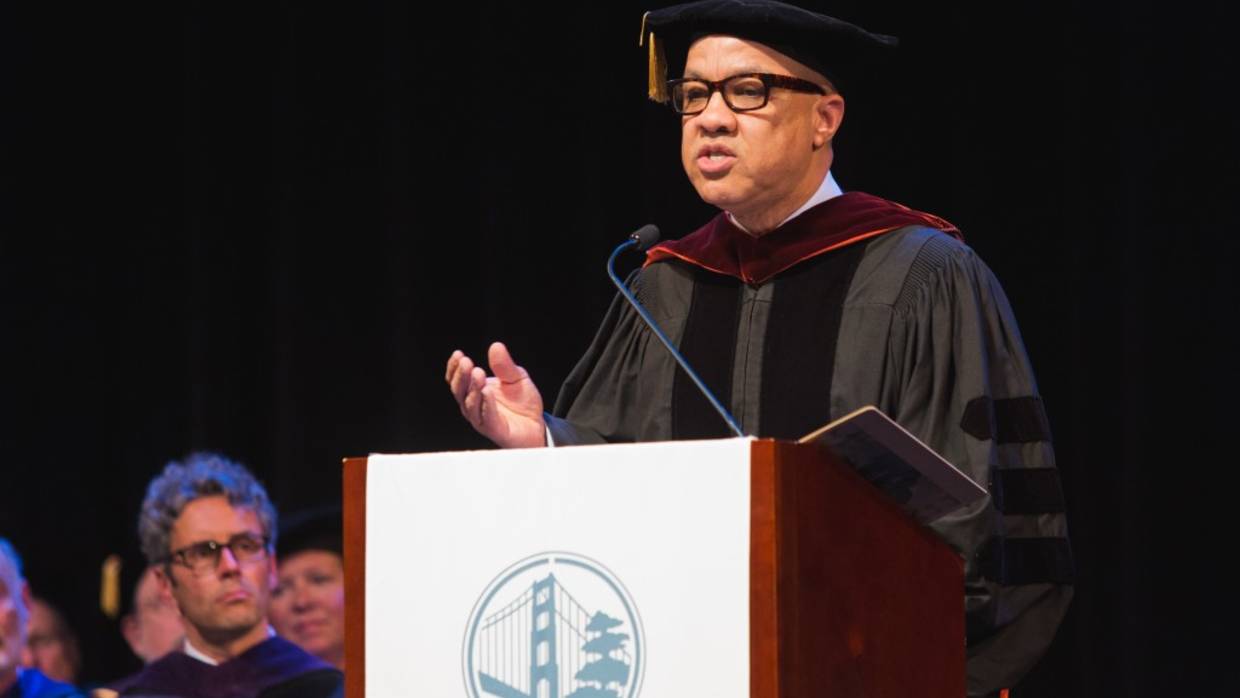 And bridges are what we need—now more than ever.

As Dr. Martin Luther King Jr. admonished, “One of the great tragedies of life is that men seldom bridge”—bridge—“the gulf between practice and profession, between doing and saying.”

No matter what company you work for—or what calling you answer—you will have the opportunity, and the obligation, to be the bridge. And this will be ongoing. Because just like on the Golden Gate Bridge, the work never stops!

Ultimately, I have more faith than ever that our future is a sustainable one. Or maybe I should say, it can be, if…

Our future can be more sustainable, if you build markets—literally and figuratively—and make sure they work for everyone.

It can be, if—together—we commit ourselves to ensuring that social justice and economic growth are not mutually exclusive, but mutually reinforcing… mutually beneficial.

Class of 2015: Today, you walk across a stage. Forever, you march in the vanguard of a powerful movement.

Thank you for allowing me to share in this most auspicious, momentous moment.

Congratulations. We cannot wait to see what you do next.

Darren Walker is president of the Ford Foundation, the second largest philanthropy in the United States with over $11 billion in assets and $500 million in annual giving.