The events unfolding in Baltimore are a further sign of the need for a new urban practice. Reactions to the events, as posted on Living Cities' intranet site—where staff engage in conversation and share questions they are grappling with, insights, and learning—reflect what’s at stake for our country, our cities and what it means to be an American.

As the Freddie Gray hearing begins today in Baltimore, Living Cities staff reflect on their initial reactions to the tragedy and ensuing unrest. This blog was originally posted on April 30, 2015.

The riots that have shaken Baltimore over the past few days are just the latest in a series of recent events that have put America’s racial divide front and center in the nation’s consciousness. Let’s be clear, that is an important and necessary place for this issue to be. The divide is enormous. It’s most visible and lethal when it comes to the treatment of communities of color, particularly young men and boys, at the hands of law enforcement as we’ve seen now time and time again over the last few months. But it’s the almost invisible that is equally insidious. Communities of color face severe inequalities in educational attainment, income and wealth, and even democratic rights. Median wealth of white households is 19 times that of African American households and 14 times that of Hispanic households. Just 19% of African Americans and 14% of Hispanics in the 100 largest U.S. metros hold college degrees, compared to 36% of whites. Over 10% of black men have lost their right to vote due to felony disenfranchisement.

In part because of the magnitude of these disparities and unequal treatment, and the insufficiency of the responses to date, we are working with many other organizations and individuals to define and build a new urban practice aimed at getting dramatically better results on poverty and inequality, including by confronting racial disparities head on. We’re bringing more than 100 leaders together in Philadelphia in early May to begin to build and grow the vision, the will, and the partnerships required to do that collaboratively and meaningfully.

The events unfolding in Baltimore is a further sign of the need for this new urban practice. Reactions to the events in Baltimore, as posted on Living Cities own Yammer intranet site where staff engage in conversation and share questions they are grappling with, insights, and learning, reflect what’s at stake for our country, our cities and what it means to be an American.

Here, I curate some of Living Cities’ staff and partners’ posts on Yammer:

All right, I’m going to give this a try because I normally don’t respond during these situations. When I hear about Michael Brown, Trayvon Martin, or Freddie Gray, I don’t think about books or articles or dissonance. I think of my son. And it chokes me up until I can’t breathe and I can’t talk and I can’t be a productive contributor to the conversation. And it’s moments like this that overwhelm and cripple me to feel that no matter what it’s not enough. That no matter how I teach him or dress him or nurture him, he is vulnerable in ways that I don’t know how to prepare him for while keeping alive the hope and optimism and joy that makes him the amazing little guy that he is. And no matter how I try to catalyze change so that the mothers across the country who feel the same way about their sons (and daughters) can create a world where this is not our reality, the roots are so deep that it feels hopeless.

So I retreat until the rawness scabs over and I’m able continue on my path of willful optimism. And it’s not because I don’t see the darkness and the challenges, but it’s because I know that the only way I can push forward is to choose to try, day in and day out. And sometimes that’s not about sharing or talking with others. Sometimes it’s just about giving myself permission and space to feel what I feel until I know I’ve mustered the resolve fight another day. 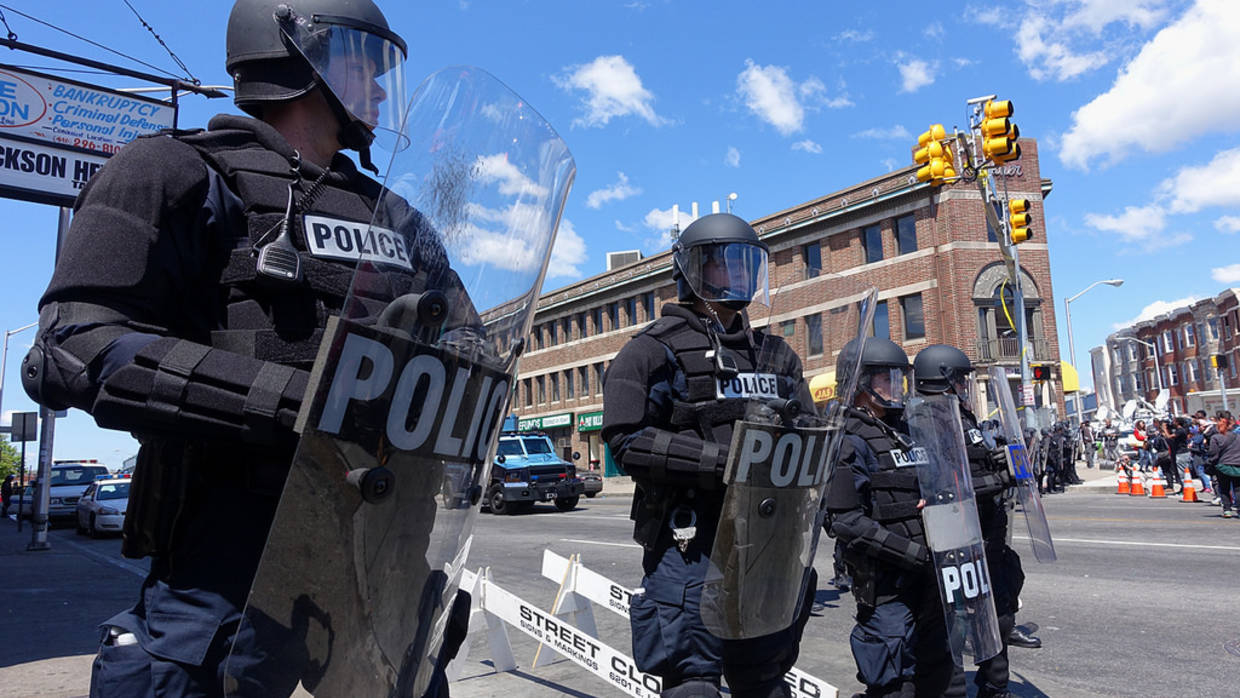 The events that have been plaguing our society over the past few years has had a profound effect on many of us. Not because the actions that are taking place are more brutal than in the past but because they are being brought into the forefront at a greater speed.

The actions of brutality towards men and women of color isn’t new or even more prevalent today than five years ago. It’s the fact that there is an illusion that no one is going to stand up for the young black boy, the middle aged hustler or the poor black girl that is simply getting what they’re due. Then the camels back breaks and you see events like last nights riots.

In a sense I was lucky to have had daughters since the target on their backs isn’t as bold as the one that would be on them if they were young, male and educated enough to know the rights that he was born with.

The truth is as far as we’ve come…there’s so much further we still need to get where our people don’t feel so helpless that they destroy their own things in an effort to control the rage that is taking over.

Slavery ended over a century ago yet mothers are still fearing for their sons. Fearing their children will be lost at the hands of men who simply don’t understand them. Not understanding brings about fear and the fear brings about death. The fear our women/mothers have is the same fear mothers had for their sons back during the years following the civil war, even the years leading us through the civil rights movement.

If people could simply see that different people can become partners to create positive results none of these senseless acts would continue. As far as we’ve come it’s still not enough. I wonder if there will ever be enough…

My initial collaborative response was, what’s going on should not be lost at the summit next month. To ignore this – not because it’s Baltimore, but the next city could be the home of one of our members (or was the home of one of our members – think Eric Garner) However, the issue (to me) goes way beyond the police. It’s about the imbalance of power between whites and…In Africa and the Middle East, it’s the Arab Spring; in Europe it’s the outrageous rates of unemployed youth – many of them Muslim. Here, it runs from what people think they can get away with in devaluing the office of the President to the prison industrial complex to leadership buying into dehumanizing desperate residents with the moniker/epithet of “thug”.

Simple recognition of humanity is missing.

I’m posting this link as an alternative to the doom and gloom the media has so narrowly focused in on. In a similar vein, oppressed people act out in multi-dimensional ways. I’m not completely convinced that a new urban practice will quell the human emotions that are activated in times of conflict and unrest, but I do believe that better opportunities (and less injustice) — for people who feel violated by multiple public and private societal systems — can satisfy the basic threshold for human dignity that most of us feel we deserve. When people feel their humanity is recognized, the impulse to bring attention to their plight by any means manifests in ways that are far less jarring to business as usual.

The vital role of protest.

I also think that it’s very important not to forget the very vital role that protest has historically played in securing and advancing enduring change. That too is a form of leadership and we should not lose sight of that as we are confronted with, as you put it, the ‘doom and gloom’ coverage of the media. 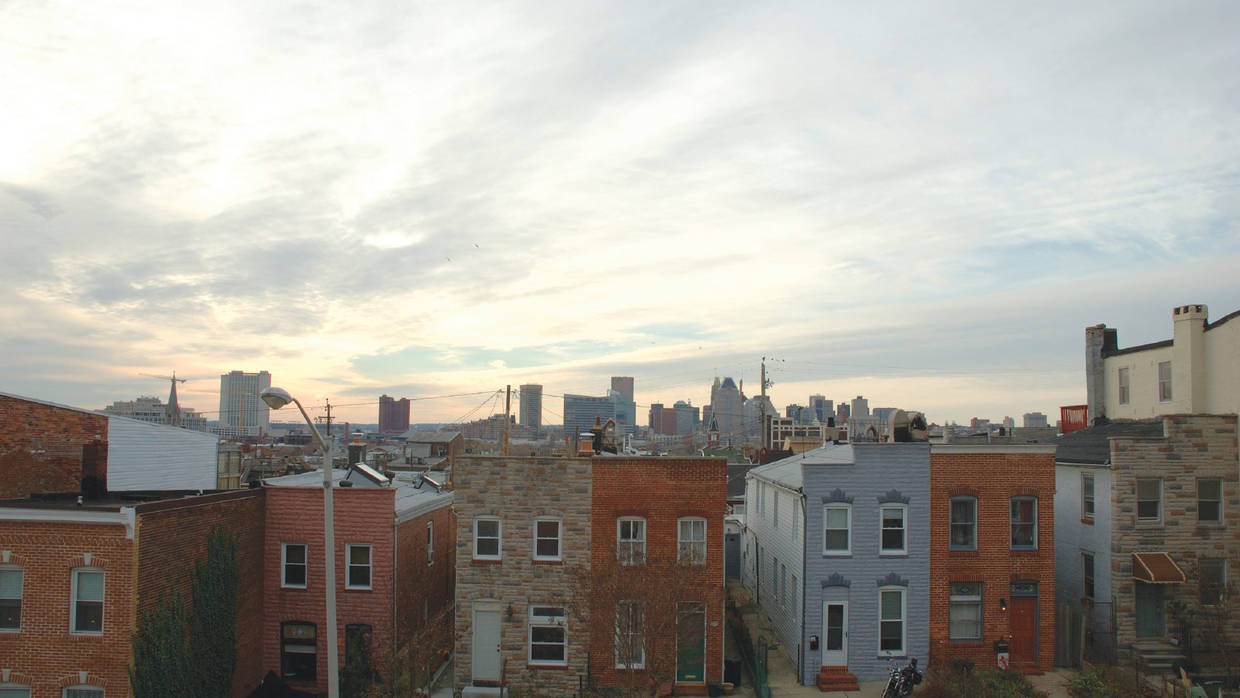 There is a book that came out a few weeks ago called the Age of Acquiescence that asked the question why is there acquiescence when there is such gross inequality and lack of opportunity in cities? Why aren’t people rioting? Fortunately (or unfortunately), the reaction in Baltimore may be the beginning of the end of the age of acquiescence. I worked in West Baltimore for years while at Enterprise Foundation and it is a hopeless place and has been for multiple generations. The events in Baltimore are so much a call for the need for a new urban practice that sets a bar for the amount of change we want, the kind we want and by when. It requires leaders from all sectors to lead, not serve. It requires truth telling not just about race but about the insufficiency of all of our efforts to date to change the trajectory that have had a disproportionate impact on people and communities of color. We need to do a series of things over a period of years to reduce the acquiescence and lack of results.

But I also think that is an interesting question —why aren’t people rioting [more]?

This is getting into more academic territory, but we discussed this question as a part of a class recently. In particular, Michael Katz has done quite a bit of research about why, on a whole, American cities don’t “burn” as much as they did in the 60s and 70s, and as much as European cities do today. See attached for an article on the topic if you want to read more, but basically he shows how the anger of the oppressed has been kept in check in the US for the past several decades due to three factors: building up boundaries in the form of segregation; “management of marginalization” (which is basically a fancy way of saying incorporating the oppressed into the capitalist system); and the incorporation of immigrants into society, as compared to the (relative) segregation they face in Europe.

A very interesting academic exploration, but I think it shows the dire need for a new urban practice that aims to change hearts and minds, and not just shuffle around resources for programs. Doing that does not recognize the inherent power structures that exist and must be rearranged. An unlikely support of this view is the COO of the Orioles, and if you haven’t read his words, you should: if only because it’s fascinating to see someone in his position discuss these issues in this way.

Living Cities’ staff and partners’ thoughtful responses and reflections give me hope for what is possible when we are willing to grapple with our most wicked challenges together. The new urban practice is about harnessing the urgency expressed in these posts towards meaningful action and impact.