Improving Performance by Investing in People

Improving Performance by Investing in People

A Q&A with Brian Elms, the Denver Peak Academy Manager

By the Project on Municipal Innovation Team.

It’s been a big year for the Denver Peak Academy, the innovative city-run program that trains municipal employees to optimize their departments’ processes. Two years after its official launch as part of Denver’s Peak Performance initiative, the Peak Academy has expanded to work not only with municipal employees at home in Denver but also those in cities across the U.S. and Canada. So far, the Peak Academy has worked with more than 3,000 Denver city and county employees, as well as more than 100 individuals in nearly 30 municipalities, other government entities, and nonprofits across the country. The training model is so promising that several cities that have previously worked with the Peak Academy plan to launch their own innovation academies in the coming year.

Here’s how the Peak Academy training model works in Denver: municipal employees take a class to learn analytical methods to make their agencies more efficient. Employees can either train through the introductory four-hour Green Belt program, or the intensive five-day Black Belt program. In both tracks of the program, employees learn how to identify and eliminate wasteful steps in their agencies’ processes — and then once they go back to work, they’re expected to implement these innovations to streamline the way their departments do business. Some of these Peak Academy graduates have the help of Peak Academy team members, who spend six months “embedded” in a Denver municipal department to help ensure that innovations are performed. (Here’s a more in-depth explanation on Data-Smart City Solutions.)

To learn more about the Peak Academy’s work, the Project on Municipal Innovation team got on the phone with the program’s lead instructor, Brian Elms, to ask him some questions. As manager of the Peak Academy, Elms is always thinking about how best to spur innovation. Here are his thoughts on what city governments, managers, and employees are doing well — and how they can do better.

Project on Municipal Innovation team: The Peak Academy curriculum is closely modeled on Toyota’s “Lean” business management methodology, which focuses on carefully reviewing production lines to eliminate unnecessary steps. Why did you identify this model as the best curriculum for the Peak Academy?

Brian Elms: Number one, it’s cheap. And it’s also such a strong tool set that is really easy to learn. They’re not esoteric theories — they’re very hands-on concepts that everyone from the manager all the way down to the line staff understand.

What tweaks have you had to make to adapt the Lean model to the public sector?

We’ve been able to use the exact same tool set that Toyota had, but experience it in our way. We actually take a lot of what was done on the Toyota production system side and mirror it with books such as Extreme Government Makeover and We Don’t Make Widgets. What we’ve had to do was create examples in the public sector where Lean techniques worked.

So when we first started, everyone said this would never work, because that’s manufacturing and we don’t make widgets. But once we tested it out with people who we were willing to give it a try, we took photos and then did tons of marketing around the fact that, hey, this worked.

Can you give us some examples of cities you’ve worked with that have seen great success after having their employees go through Peak Academy training?

There are a number of examples here in Denver. For instance, our Human Services team has been able to reduce the food stamps application processing time from 16 days to 24 hours. Our team at Animal Care and Control has created faster adoption processes that have shortened the length of stay of an animal across the board by three days. Our Public Works fleet maintenance team has saved over $1 million this year because of the way that using our techniques to help them come up with a better purchasing process.

We’ve also seen great successes in cities beyond Denver. We had an auditor from Colorado Springs, CO, come through, and she was able to reduce the audit report process by more than 30 days. We also had a gentleman come from Frederick, CO, whose department was spending too much money on spraying for mosquitoes. His team figured out how to save about $50,000 off of their mosquito control contract.

What are the biggest obstacles that Peak Academy-trained graduates are facing when they go back to their departments?

We had a graduate student do a research project on this question because we wanted to see what the number one barriers to implementing innovation were. The survey we did generated responses from 150 Peak Academy graduates in Denver municipal government.

The number-one barrier identified in that survey is the oddest thing I ever thought we would see. Respondents actually blamed their colleagues, saying that their colleagues weren’t willing to do innovation with them. People also said time was a major obstacle — that was the number two reason. And the number three was supervisor support.

Compare that to what you see in business. In the private sector, people blame their bosses, but in the public sector they blamed their colleagues — it was sort of the weirdest thing I have seen in research. I’m actually going to have someone research it again to see if that’s what I get.

Do you have any idea why you got those results?

I think a lot of it has to do with how our team members are discussing their innovations with their colleagues, and what they’re trying to do to make the innovation happen, and less on what the innovation actually is. I think they’re using statements like “This is my idea,” and “If we did what I said…” Those sorts of statements don’t help change. And when you use those statements, people don’t feel empowered.

Your innovation model emphasizes professional development over technological tools. Do you think cities are paying too much attention to the latter as they prioritize reform initiatives?

Do you think cities are paying too much attention to technological tools as they prioritize reform initiatives? Add your thoughts

I would say the easiest thing for people to do is to say we need to automate something or we need to increase our technology, and it’s a lot harder to work on your processes and make your processes run efficiently before you automate them. And I think everyone’s sort of looking for that magic wand that can change the way we do business overnight, and a lot of that doesn’t exist.

What do you know now that you wish you’d known when you got started with the Peak Academy?

The number one thing is that managers, mid-level managers, and supervisors are incredibly important. If we don’t provide them skills on how to support innovation and their team, and teach real management techniques, then it’s going to take a lot longer for us to be successful. 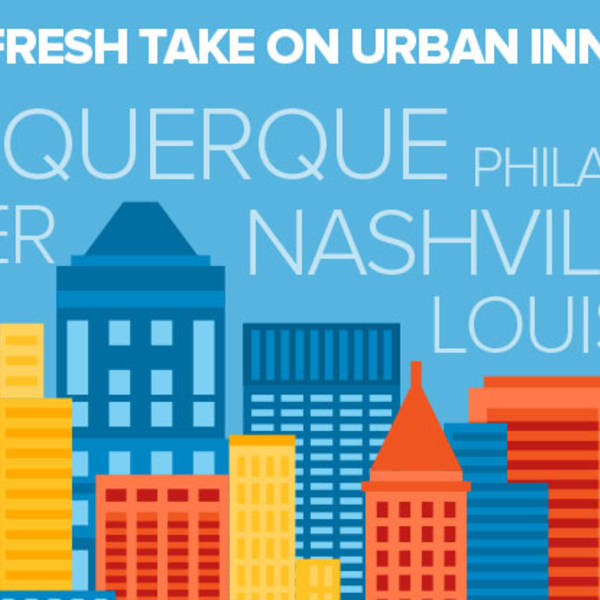 What we’ve learned about adopting and spreading innovation from the selection phase for the first cohort of City Accelerator cities.

A lot of local government teams are very dictatorial, and come from a command-and-control environment, rather than a coaching and supportive environment. One thing we are changing next year is that any place where we’re embedding a staff member into, we’re doing a managerial skill-based training for every manager that we interact with. And we should have done that in the beginning.

What advice would you give to a city employee who’s frustrated by an inefficient, experimentation-averse culture in their workplace?

I think number one is this: You have to continue to make whatever you’re doing better. The moment that we stop trying to improve, the moment citizens buy into the stereotype that city employees or municipal employees are bureaucratic buffoons. And I think our job is to make a citizen’s experience with the city the same as he or she would experience anywhere else: smooth, easy, good customer service, and relatively painless. I don’t think we do a very good job at any of those things.

I would also say that bureaucracies are so large — just start doing stuff, and people will notice.

What advice would you give to a city leader trying to implement performance improvement programs on a limited budget?

My consultant told me once: everyone sets out to create the next Silicon Valley, and we’re so used to the command-and-control environment, that the only thing we create are DMVs. I thought that was the funniest thing ever.

I think if you’re in a command-control environment, and if you’re in a punitive and compliance-created environment, creating innovation is incredibly difficult. And the last thing that you want to do is control people’s innovation and creativity. What you want to do is inspire it at every single level. And sure, you’re going to get bad things. We get bad innovations all the time. But you can’t think of it as one innovation is better than another. You have to support every innovation, whether it worked or whether it didn’t. And the more you do that, the more your teams feel safe, that they’re able to continue to innovate and that they’ll be supported for doing such.

This interview has been edited for clarity and concision. It originally appeared on the Data Smart Cities Solutions blog.