We are thrilled today to launch our Living Cities 2013 annual report microsite that focuses on how leaders across the country are coming together to disrupt inequality in innovative ways.

Today inequality in income, wealth, and access to opportunity is at historic levels, especially for people of color. Living Cities is partnering with leaders in cities to disrupt inequality through new ways of working, focusing on outcomes, leveraging capital and working to accelerate and deepen innovation.

America’s cities have long been the gateway to individual economic opportunity. For centuries, people from all over the country and the world, including my own grandparents, came to our cities for economic opportunity. A growing economy, especially post World War II, together with smart public investments in education and infrastructure, helped make the United States the world’s greatest engine of prosperity. America’s bargain with its citizens, rich and poor, was in many ways a model for the world. In the words of President Obama: “Whether you owned a company, swept its floors, or worked anywhere in between, this country offered you a basic bargain – a sense that your hard work would be rewarded with fair wages and benefits, the chance to buy a home, to save for retirement, and, above all, to hand down a better life for your kids.”

Sometime in the 1970s, despite the dismantling of many obstacles to opportunity enabled by the Civil Rights movement, this engine began to sputter. Our K-12 and higher education systems failed to keep up with a changing global economy. While productivity continued to rise, wages stagnated. Our shared prosperity, long the signature of the American form of democracy and capitalism, deteriorated. Today, inequality in income, wealth, and access to opportunity is at historic levels especially for people of color.

Here are some critical facts illustrating the state of inequality in America: 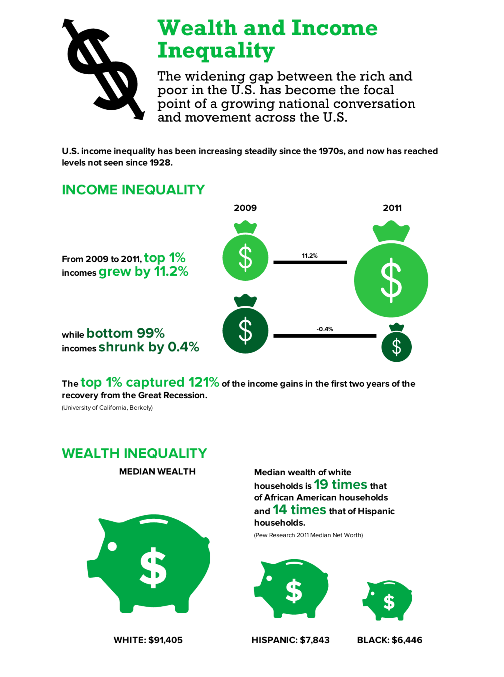 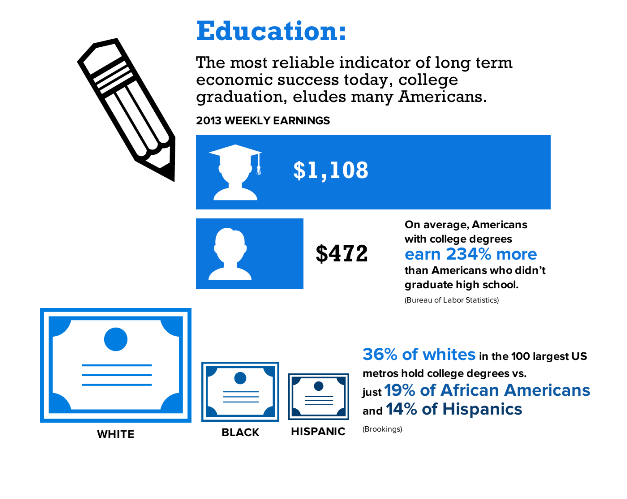 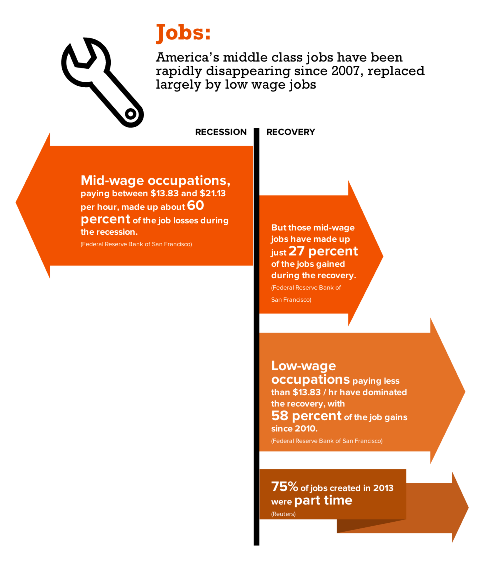 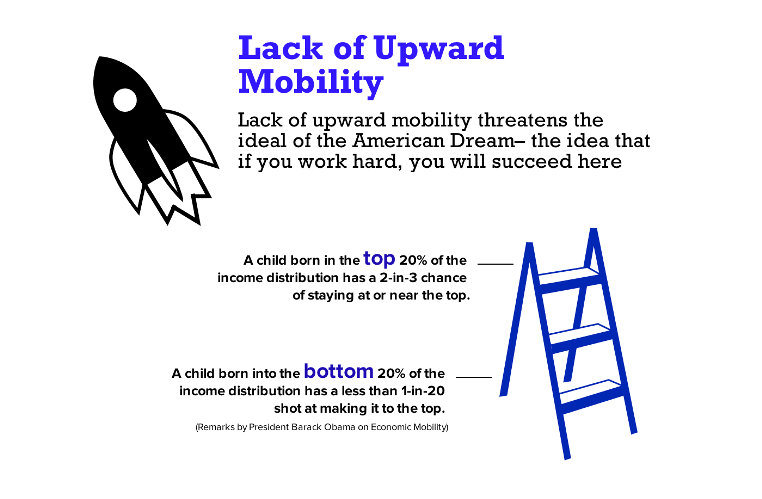 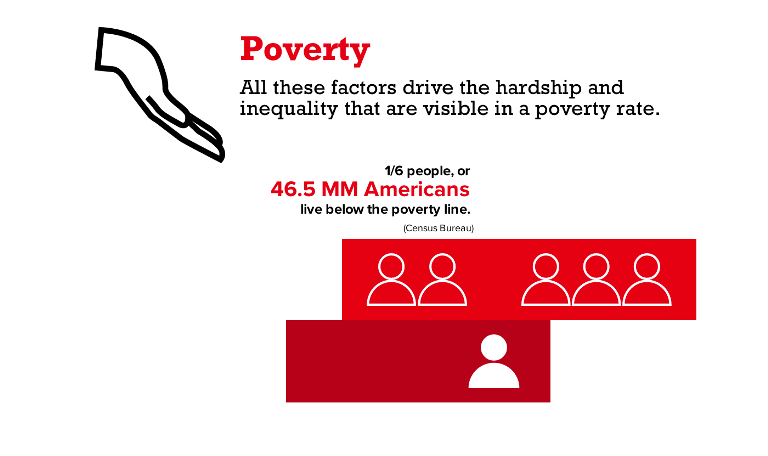 We must address these trends with the urgency of now, particularly because we are at a unique moment in time to disrupt inequality , in part due to these new realities :

Given these trends, it is not surprising that cities are at the epicenter of those public, private and nonprofit leaders working to disrupt this 40-year-old narrative. Cities and large metropolitan areas are home to more than 80% of the nation’s population and generate 85% of our GDP. Seventy-four percent of the nation’s African American population, 80% of its Latino population, and 88% of its Asian population live in cities. It is clear that if we are going to move the needle on these inequities, then cities are the unit of change to focus on. Indeed, mayors of Boston, New York, and Seattle, for example, had expanding opportunity and addressing inequality as key parts of their inaugural addresses.

Our Living Cities 2013 annual report microsite focuses on the ways that we are helping these ambitious leaders disrupt inequality – through new ways of working, focusing on outcomes, leveraging capital, and working to accelerate the adoption and pace of needle-moving change.

We hope that you will find that this virtual report adds to the conversation about how, together, we can disrupt inequality, and that you will share it with your networks, engage with us on social media, and tell us what you are seeing and learning about these important issues. We look forward to hearing from you.