We cannot miss the opportunity to harness the big data movement to move the needle on social problems that have long seemed intractable.

Much has already been said about how big data is dramatically changing the way that organizations make decisions. Today, more data is being created from more places than ever before. Blogs, Facebook, YouTube videos, retailer loyalty cards, mobile phones, and sensors on buildings are producing tons of data daily.

Private sector companies, in their real-time data warehouses, are storing, analyzing, and harnessing it to help them to better understand their customers, dynamically alter pricing based on real-time demand, and even change their business models. And, increasingly, government is putting the wealth of data that it generates to work to increase efficiency, save dollars, and create more proactive policy. 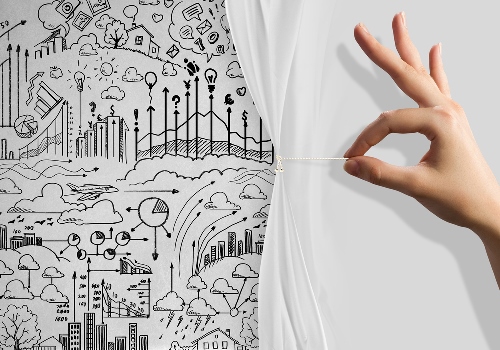 Yet, as Deb Roy highlights in his TEDTalk, the true promise is where the numbers and patterns from this data connect and become personal – enabling us to understand and respond to human behavior and urban society in ways previously unimaginable. This type of analysis has infinite potential for improving the human condition on an ongoing basis; and strengthening people’s commitment to our democracy.

Already, in U.S. cities, we are seeing many promising signs of the transformative personal application of Big Data.

The movement towards open government data in the U.S. has already had huge implications for the relationship between citizen and government. Increasingly, citizens are expecting a relationship with their government that is more like Google, Amazon and Twitter. That means ‘government as platform’ — replacing the expertise of bureaucracy with a more ‘self-service’ model that democratizes the real time exchange of information and services.

Today, in cities from Chicago to Seattle, people can log on to integrated government websites to learn about neighborhood school test scores and hospital wait times; and use that information to make important personal decisions, such as where they choose to move and where they seek treatment in an emergency. And, real-time weather forecasts, transit information, and health alerts are all generated from government data; often through commercial smartphone applications; that further improve people’s quality of life.

Data and social networks are also reinvigorating our democracy by facilitating more personal contributions. For example, the City of Boston empowers residents to be their ‘eyes and ears’ when it comes to potholes, damaged signs and graffiti — People can report these issues via text, twitter, or using a mobile app. This type of innovation is part of a larger movement called ‘civic technology’ that drives the use of digital technologies and social media for civic engagement, among other goals.

Civic tech ‘apps’ and ‘games’ range from platforms in New York, Philadelphia, and Phoenix that give citizens back the power to comment and participate on community projects and proposed budgets on their own time; and a bilingual participatory application in Chicago that helps community members ensure that their new park is maintained as a vibrant safe, open and healthy green space for the community.

Creating a Dashboard to Measure the Human Condition

One of the greatest promises of big and open data is the ability to create a dashboard that will enable us to measure the human condition in real time, and even to predict what the future will hold for us if we don’t change course.

“Humanity’s Dashboard”, as some call it, would be comprised of key metrics, such as income, health, and connectedness, which can help us understand how we are doing as a people, especially for the most vulnerable. Data to measure progress would be collected from public and private sources, and from ever expanding digital social networks.

The dashboard combined with the predictive possibilities that the data revolution has opened up could really enable us to better target our scarce resources and tackle our most complex problems, such as poverty and inequality. For example, right now, cities are using data analytics effectively to understand which students might be at risk of failing or dropping out of school ten years from now. And, as education has long been the driver of America’s shared prosperity, this development is a powerful one. Now, we must work to better understand the range of problems that data analytics can address.

Moving the Needle on Social Problems

Big and open data is not just about tracking consumer habits and improving organizational effectiveness. Though certainly these things are important, we cannot miss the opportunity to harness this movement to move the needle on social problems that have long seemed intractable. Because, as the world has increasingly become a hyperconnected place, these issues are personal for us all.