It Takes More than Just a Job to Reduce Recidivism

It Takes More than Just a Job to Reduce Recidivism

More than 600,000 of our nation’s prisoners are young adults. We are removing huge numbers of men from the workforce during a period when they should be completing education and having their first, formative work experiences – which are critical in preparing them for a life of gainful employment and a successful career. 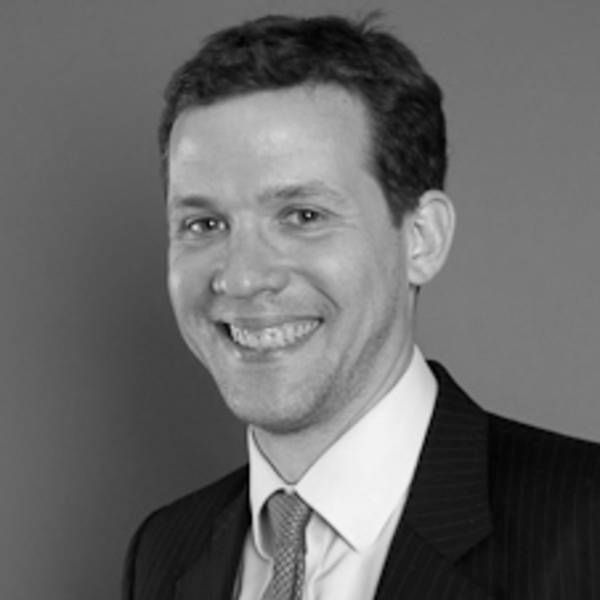 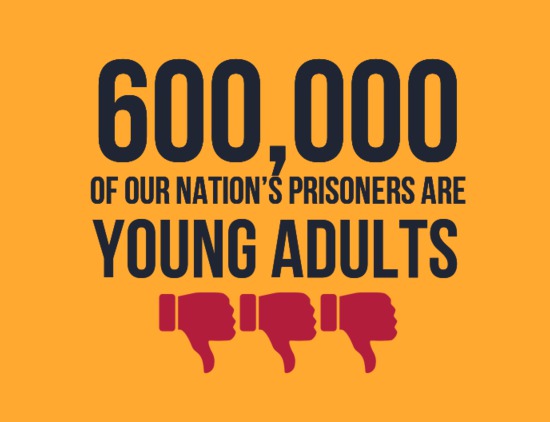 The United States incarcerates more people than any country in the world – around 2.4 million at last count. This number represents a 300% increase since 1980 which has been driven by a variety of factors: stricter sentencing laws that send people who commit lesser offenses away for longer times; prisons’ reluctance to release inmates early, regardless of good behavior or rehabilitative progress; and significant reincarceration rates for individuals violating parole, as opposed to new crimes.

This all comes at a great cost: the U.S. spends $64.3 billion every year on incarceration.

What’s more, more than 600,000 of our nation’s prisoners are young adults. We are removing huge numbers of men from the workforce during a period when they should be completing education and having their first, formative work experiences – which are critical in preparing them for a life of gainful employment and a successful career.

While nearly everyone will eventually be released, recidivism rates are stubbornly high: more than 40% will be reincarcerated and more than two thirds will be rearrested within three years. Employment challenges, sobriety, housing, mental health, and a lack of strong social ties are among the premier reasons that people return to jail or prison.

But the direct link between employment and recidivism is complex. A recent report from the Council of State Governments (CSG) summarizes what we have learned from the last generation of evaluation:

“Although practical experience suggests that holding a job plays an important role in reducing recidivism, research on the link between employment and reductions in offending has revealed a complicated relationship. Research does not support the proposition that simply placing an individual in a job is a silver bullet for reducing criminal behaviors. All told there are few studies that demonstrate a direct causal relationship between current employment service practices and recidivism rates.”

Recognizing this represents a major advance in the space where workforce and criminal justice policy meet. The formerly incarcerated are not a homogenous population. There is no one-sized fits all employment model that meets the varying risks and needs of this population. Individuals can have a low, medium or high risk of recidivism; they can have needs ranging from housing to anti-social thinking to a lack of income. The employment programs that do reduce recidivism are the ones that align the intensity of their intervention with the population they are targeting.

My takeaway from CSG’s summary is twofold. First, we must invest in targeted, evidence based employment programming that address the varying skills and barriers of the formerly incarcerated population. Second, those investments must be accompanied by mechanisms that get the right person to the right program at the right time.

This work can begin at the provider level, with organizations clearly defining their target population and building evidence to support that effort. Take our work at Center for Employment Opportunities (CEO). CEO’s approach has been proven through random assignment evaluation to reduce all measures of recidivism for people returning home from prison, with most pronounced impacts on people recently released and people at a higher risk for offending. So today, we target those who have returned home from prison within the last 90 days and are the most likely to face steep barriers upon their return.

As CEO expanded over the last five years from its headquarters in New York City to 10 jurisdictions across California, New York and Oklahoma, we chose places to expand where we knew our specific approach would add value and not be duplicative of existing efforts. Cities like Buffalo and San Bernardino had strong networks of existing providers, but a large number of high risk parolees and no transitional jobs providers. Seeing that we could add a missing service made these cities easy choices for expansion.

As we’ve learned, to effectively use employment to reduce recidivism, the intensity and breadth of the program need to be matched to the risk and need of the individual. Someone who is lower risk with previous work experience might be well served by a One Stop Career Center whose staff has received additional training to address the barriers a conviction presents. A higher risk person without a need for immediate income, might be best served by a skilled-trades training program at a community college that lasts several months.

Yet we need better mechanism for coordinating across service providers. Getting the right person, to the right program at the right time is one of the steepest challenges for employment providers in this space. CEO, for example, recruits from Parole and Probation offices through marketing directly to officers and to people returning from prison within 90 days. We don’t screen for enthusiasm and are looking for someone who needs a job and will struggle to find one.

Our approach to targeting is very effective, but time intensive and imprecise. Providers and government working in this space rarely have the tools to pinpoint who would benefit most from which employment services. This is a role for the public and private sector to collaborate on: bringing clarity and consistency to this matching process so that the resources present in a community are most effectively utilized.

The task here is steep: the employment reentry field needs significant investment in cities and states around the country AND it needs to be accompanied by effective mechanisms that promote coordination. But if there was ever a time to do it, the time is now.

We are at a critical moment. A moment when public attitudes, politics and government support are aligned to address the challenges related to employment reentry. There is great momentum and an opportunity for change. We have been discussing funding what works for years. Let’s do it. But again, do it in a way that recognizes the varying risks and needs of this population. It’s not just investing in what works – it is making sure that our investments are broad enough to serve a varied population and targeted to them strategically. If we want to develop employment strategies to reduce the number incarcerated from 2.4 million people, this is the way to do it.

_Sam Schaeffer is the Chief Executive Officer of the Center for Employment Services (CEO), a non-profit headquartered in New York City that provides employment services to men and women returning from incarceration. Sam joined CEO 5 years ago to help replicate CEO’s evidence based model in high-need communities and in that time has launched CEO offices in nine new cities across California, Oklahoma and upstate New York. _

Sign up here for updates from Living Cities as we learn more about how to overcome the barriers to employment faced by formerly incarcerated individuals.

Sam Schaeffer is the Chief Executive Officer of the Center for Employment Services (CEO), a non-profit headquartered in New York City that provides employment services to men and women returning from incarceration. Sam joined CEO 5 years ago to help replicate CEO’s evidence based model in high-need communities and in that time has launched CEO offices in nine new cities across California, Oklahoma and upstate New York.