The Power Behind Collective Impact

The Power Behind Collective Impact

I bring to Living Cities an unyielding belief that the intractable problems our country faces are not only solvable, but the tools exist to achieve them. And whether it’s Collective Impact or something else doesn’t really matter to me. 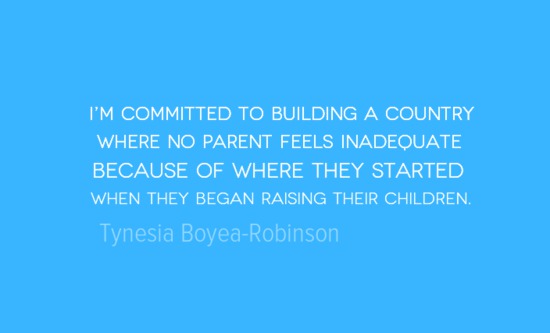 Many of you know that I recently started as the Director of Collective Impact at Living Cities. When I share I’m doing this in addition to running my business, people often ask why. I do not see myself as an evangelist or advocate for Collective Impact. It is a tool that I and many others have wielded for quite some time, even before it had a popular name. But as I have applied the principles of Collective Impact for my clients and others, I’ve been struck by how bogged down everyone seems to get during the process. People start arguing over who should be at the table, what is the right level of data, and even on what each step is called! And in the course of sorting through this messiness, many get confused or, in the worst case scenarios, discouraged. And every time someone is so overwhelmed they disengage, it becomes more and more likely our country’s most pressing problems will persist. And as a values driven entrepreneur who cares about changing the way the world does business, I have to do everything I can whenever an opportunity presents itself. This is not because I see myself as a hero. It’s because this work is incredibly personal to me.

Growing up, I was often trotted out on stages as an exemplar student. I was a girl who liked math, a person of color who did well in school, and a ham who never found a spotlight she didn’t love. What often happened as I stood on stage was that I looked at my parents and saw them swelling with equal parts pride and pain. Often as I received my accolades, there was a clear implication. I got there in spite of my parents and their upbringing. While this couldn’t be farther from the case I was often embarrassed by what I know were well intentioned ceremonies. They were designed to let “people like me” know what was possible if they just “worked hard enough”. But over the years, my sisters didn’t feel like that. Their boredom grew to annoyance at what started to seem like the Tynesia show. It was clear that instead of feeling like they could be “just like me”, they internalized instead that I was somehow different. I know from experience and from intention that it was often my personality and not my smarts that provided me with different opportunities than my intelligent sisters. And as a result of being offered different paths, we ended up in different places with different choices.

When I was in high school, I was taken off the waiting list to intern for a summer at NASA. My project was to work on the international space station. It was there that I learned about a culture that believed they had the brains to make the impossible possible. After college when I worked at GE, I learned what happens when a culture demands excellence. They equip you with the tools to achieve consistent results and they build systems that hold everyone accountable at all levels of the organization. This in itself was an amazing feat since we had over 100,000 employees in over a dozen different industries across the world. And at Year Up I learned that no matter how smart you think you are or how many tools you have to help, there is a way to bring that experience while still sharing your passion. People, especially those committed to social missions, don’t care how much you know until they know how much you care.

So I bring to Living Cities an unyielding belief that the intractable problems our country faces are not only solvable, but the tools exist to achieve them. And whether it’s Collective Impact or something else doesn’t really matter to me. I’m not driven by the tool. Instead, I’m committed to building a country where no parent feels inadequate because of where they started when they began raising their children. Where no child feels they don’t have the same opportunity because of the way of the way they relate to the world. And no little girl stands alone on stage ripped from the very support systems that would sustain her success.

My main goal while at Living Cities is to make tools like Collective Impact actionable and accessible because I know that I’m not the only one who cares deeply about creating the change we seek in this world. And the more we’re confused and arguing over the tools the less we’re focused on fulfilling our mission and building the vision enabled by those resources. Because the true power behind Collective Impact is not just the people using the tools, but the reasons why they wield them.