Understanding the ‘Levees’ of Tomorrow: A Conversation with 35 Mayoral Chiefs of Staff

Understanding the ‘Levees’ of Tomorrow: A Conversation with 35 Mayoral Chiefs of Staff

“If the nation had identified and addressed the weaknesses of the levees in New Orleans before they broke, we wouldn’t be working so hard for the past six years to address the fallout from their failure. Shouldn’t we be looking to identify today’s levees before they break?”

For the past four years, Living Cities and The Ash Institute at Harvard’s Kennedy School have been working together to help catalyze and support innovation in America’s cities through the Project on Municipal Innovation. A cornerstone of that work has been the Urban Policy Advisory Group, (UPAG) a bi-annual meeting of chiefs of staff or chief policy advisors from the nation’s 35 biggest cities. UPAG, long supported by the Rockefeller Foundation, has evolved into a unique forum where these public sector leaders can learn from and challenge each other by sharing what’s working, bringing in outside experts who provoke them to think differently and getting a sense of the promising ideas that are spreading virally across the country. These UPAG meetings are a ‘must attend’ for me. With participation from every corner of the country, they are an amazing window into the current state of our cities.

Last week, these ‘chiefs’ came to Harvard for the latest meeting and we kicked off the session with a group discussion about the future of our cities. We framed the discussion with a provocative question raised by President & CEO of the Cleveland Foundation Ronn Richard at a previous gathering who speculated, “If the nation had identified and addressed the weaknesses of the levees in New Orleans before they broke, we wouldn’t be working so hard for the past six years to address the fallout from their failure. Shouldn’t we be looking to identify today’s levees before they break?” So, that’s what we did, we asked the chiefs to identify what they see as the ‘levee issues’ of tomorrow. 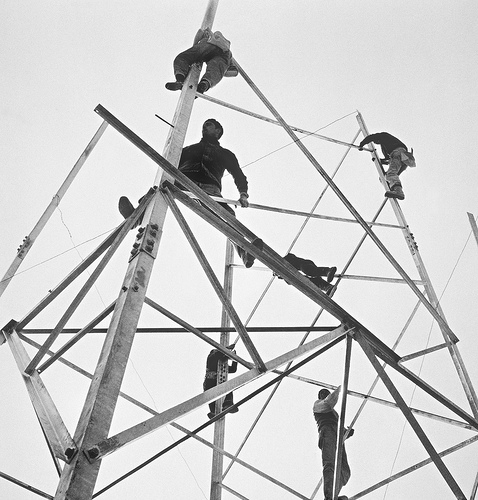 While their answers were wide ranging, some issues kept coming up, time and time again. These three central issues —today’s levees—are described below:

1. The American education system is not adequately preparing people to enter the next generation workforce. In fact, city mayors increasingly cite education as the number one barrier to economic growth and prosperity. It is clear that addressing this challenge will require every stage of our education system, from cradle to career and beyond, to equip people with the 21st century skills demanded by a knowledge driven global economy. This means fixing broken K-12 systems (over which most mayors have no control) and ensuring that workforce development programs effectively engage people who are in danger of being chronically unemployed, such as people with histories of incarceration and people whose skills have been rendered obsolete due to changes in the job market.

2. The recent recession has permanently changed the financial condition of cities . The days of ever-increasing property and sales taxes are over, and as revenue is declining, large entitlement and pension liabilities are coming due. Cities need to address structural imbalances, adopt an array of innovative municipal finance tactics and be freed from state and local constraints and unfunded mandates.

3. Infrastructure is crumbling and threatening future economic prosperity . Across the country, roads, street lights, water systems and more have been severely underfunded both in terms of maintenance and new construction for years. Newer and much needed infrastructure, like broadband or transit, only fall farther in line behind these deferred investments. In the current fiscal environment, getting this done will require new, aggressive, and innovative approaches; keeping in mind that these large scale projects create jobs at a time when they are needed most.

We know these levees exist and that only through collective action will we be able to fix them. Are we going to develop strategies to address them now, or wait for another natural disaster?

This blog was originally posted on February 8, 2012