Voices from the Field: NYC Disrupting Inequality through CEO Initiative

Voices from the Field: NYC Disrupting Inequality through CEO Initiative

At our recent convening, Linda I. Gibbs, New York’s former Deputy Mayor for Health and Human Services (under Mayor Bloomberg), presented New York City’s model for battling urban poverty through their Center for Economic Opportunity (CEO) initiative as a part of a session on “City and Philanthropic Partnership to Disrupt Inequality.” 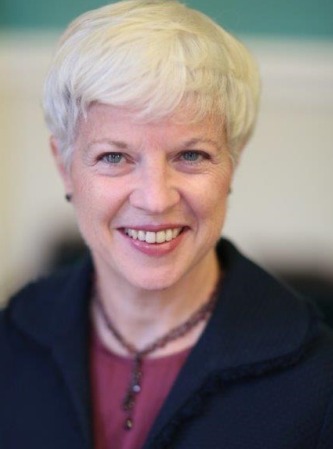 As a part of the Project on Municipal Innovation (PMI) – A network of Mayoral chiefs of staff and policy leaders from 35 of the country’s largest and most creative U.S. cities that Living Cities convenes biannually with the Ash Center at Harvard’s Kennedy School – we bring together innovators from the field to share models of municipal innovation. At last month’s PMI convening, Linda I. Gibbs, New York’s former Deputy Mayor for Health and Human Services (under Mayor Bloomberg), presented New York City’s model for battling urban poverty through their Center for Economic Opportunity (CEO) initiative as a part of a session on “City and Philanthropic Partnership to Disrupt Inequality.” Below are some insights from a brief interview we conducted with Linda.

What is the CEO initiative?

The Center for Economic Opportunity (CEO) is tasked with uniting city agencies in a focused and sustained effort to reduce poverty through a shared mission of interagency collaboration. This initiative is comprised of several interventions that aim to build on the strengths and assets of individuals and communities, with the specific goals of improving the education and skills of low-income New Yorkers and increasing their job opportunities. CEO was launched with an annual innovation fund of approximately $100 million in public and private funding, a unique construct fitting for its unique role within New York City government.

What are its key elements?

The initiative consists of over 40 programs clustered around three target populations: the working poor, disconnected youth, and children 0-5 year old. Of these programs, several have been ended due to poor results, many are still in evaluation and quite a few are showing great success.

What was the state of poverty in New York City when CEO was launched?

Like most urban centers, the poverty rate in New York was a few percentage points higher than the nation’s. What was concerning us however was the stagnant condition of poverty. Since welfare reform in the 1990s, which produced a national drop in poverty, the rate had not changed since the early 2000s. Our concern was to understand that dynamic and take actions to prompt improvement.

Why did former Mayor Bloomberg decide to embed CEO within city government instead of making it a separate initiative?

Our work was government led work that included a public-private partnership. The mayor’s own commitment was to take action locally and to hold government accountable for the results. Bringing in private foundation support was an important complement to engage a broader partnership in taking on the challenge. The philanthropic commitment in turn sought signals of municipal commitment to that effort, and the CEO was central to demonstrating the seriousness of our intents.

What were some of the barriers/challenges at the beginning of CEO?

This required an entirely new capacity for the City of New York and nothing like it really exists as a model elsewhere. So the challenge was in figuring out what it should be and how to build it from scratch. The Mayor was very intent on accountability and we valued evidence-based practice so these went together hand in hand. Many of the participating agencies were also limited in their skills of writing RFPs, and selecting and managing non-profit providers. We needed to hire staff that could both assist in program implementation as well as building the evaluation capacity into the design and the procurements, then execute on the evaluation and make ongoing funding decisions based on results. These are challenging roles to manage simultaneously.

What has surprised you since operationalizing this initiative?

Two things surprised us. One is that we got it right. By hiring an excellent and highly skilled director, Veronica White, she put together the team and implemented the vision brilliantly. Two is that it has developed into an enduring function in government. When initially conceived, it was intended to support a distinct agenda and perhaps be time-limited to the implementation of that agenda. What we have seen is that there is a great value to the function and it has developed a capacity to take on new work and expand its scope to new initiatives. It has changed the culture of the local dialog on innovation in the social sector to be one more universally based in evidence and accountability.

Can you tell us more about the approach to evaluation that has been so central to the CEO initiative?

From the very beginning, CEO has committed to measuring what works, and continues to support only those programs with successful outcomes for participants. This is accomplished through active program monitoring and management by city agencies, a CEO monitoring and evaluation team, and in-depth program assessments conducted by independent, external evaluation firms. CEO revisits its funding decisions each year based on program performance to allocate resources only to projects with the greatest potential to reduce poverty and drive systemic change.

What have been the biggest lessons learned from the evaluation?

Without discussing any particular evaluation, I think one of the biggest lessons is that it’s hard to hold yourself accountable. When you have gone through the incredible effort to advocate for funding for a program, and done everything it takes to implement it, it is very hard to acknowledge that it doesn’t work and end it. Managing this dynamic is particularly difficult when the staffs themselves are the champions of the public agency and non-profit partners who are doing the implementation, and the clients who are served are often personally known to the team. Ending initiatives under these circumstances can be heartbreaking.

How is this evaluation method being replicated?

Because the basic framework has proved so useful, it has become the vehicle for successive new initiatives to be housed and implemented within CEO. Case in point is the Mayor’s Young Men’s Initiative. The new endeavor to understand and alter the dynamics that continue to produce disparate social outcomes for black and Latino young men in NYC includes many new program efforts. These are being implemented through the CEO and are subject to the same support for implementation and rigor for evaluation.

Is the CEO model being adapted in other cities?

Yes. Through the Social Innovation Fund (SIF), CEO is helping to replicate aspects of the program in seven additional cities nationwide. Those cities include Cleveland, Kansas City, Memphis, Newark, San Antonio, Tulsa and Youngstown. Locally and nationally, CEO programs have served more than 500,000 individuals securing more than 30,000 job placements, more than 10,000 paid internships, more than 10,000 enrollments in college or occupational trainings, and over $100 million in increased tax credit.