Voices from the Field: Bringing Urban Manufacturing to US Cities

Voices from the Field: Bringing Urban Manufacturing to US Cities

At our August convening, Adam Friedman, Executive Director of the Pratt Center for Community Development and founding member of the Urban Manufacturing Alliance presented his work to bring urban manufacturing to cities across the country. 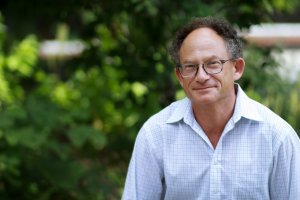 _As part of the Project on Municipal Innovation (PMI) - our network of Chiefs of Staff and policy leaders from the country’s largest and most creative cities – we bring innovators from the field to share models for municipal innovation. At our August convening, Adam Friedman, Executive Director of the Pratt Center for Community Development and founding member of the Urban Manufacturing Alliance presented his work to bring urban manufacturing to cities across the country. Below are some insights from a brief interview we conducted with him. _

What is the current state of urban manufacturing in U.S. cities? There is no question that there is a revival going on in urban manufacturing. This revival is happening for two reasons: First, a shift in consumer preferences in favor of locally made products; Second business owners wanting to be near their markets, near the research, design and engineering institutions that are clustered in cities, and to adopt more environmentally sustainable practices.

What challenges do cities interested in urban manufacturing face? U.S. manufacturing has been in decline for so long that the hard and soft infrastructure the sector needs has atrophied. Railroad track has been abandoned, industrial buildings have been converted into self-storage or housing and colleges no longer teach vocational skills. Plus, manufacturing is often misperceived as dirty and dying. But there is new opportunity to create well-paying jobs for a more diverse population, to nurture entrepreneurism, to improve energy efficiency through more distributed generation, and to create markets for recycled materials.

How can urban manufacturing increase economic opportunity for low-income people living in cities? Production jobs provide real living wages. The average production wage in New York City is more than $50k. In addition, urban manufacturing also presents opportunities for new businesses and entrepreneurship. People can start cooking, sewing, constructing furniture and making jewelry in their own homes or shared workspaces like TechShop and gradually scale up. However, other industries in the manufacturing sector require an increasing level of skill and education. This will require not only the revitalization of vocational training programs in high schools and community colleges, but continued expansion of STEM and preparation for STEM education.

What should the role of local governments be in advancing urban manufacturing in their cities? Cities have several important roles to play to both lay the foundation for market-driven growth and to provide the training and education to ensure that the economic growth benefits city residents in need of access to greater economic opportunity. First, cities must ensure that there is space for modern manufacturing and there are several strategies that should be pursued:

a) The older underutilized buildings that characterize many urban industrial areas need to be modernized. This requires not only physical renovation work but also a change in financing and operating structures to transition from single ownership to multi-tenanted rentals;

b) Cities need to use zoning to preserve solid industrial areas for heavy manufacturing as well as for those companies that may be “light manufacturers” but which generate truck traffic, operate during the early morning hours, or may conflict with residents in other ways;

c) Conversely cities need to encourage mixed-use areas for businesses that have a strong synergy between design, direct consumer engagement and production. Mixed use is more difficult than it sounds because there needs to be balancing mechanisms that preserve some space for the uses that often can afford lower land costs (such as the arts, production, start-ups, etc.);

d) Cities need to work to ensure 21st century infrastructure is in place for manufacturers. This includes high-speed data lines, smart grid technology that encourage manufacturers to invest in energy efficient operations and distributed generation, and mass transit that provides access to the employment centers for workers; and

What are examples of a local government taking the lead in urban manufacturing?

a. San Francisco has aggressively supported the branding of its city, including collaboration with SFMade;

b. New York City’s Brooklyn Navy Yard, an inner city, publicly owned industrial park has demonstrated how a mission-driven, financially independent non-profit entity can provide the stability and flexibility that companies need to reinvest and grow; and

c. Philadelphia is undertaking a comprehensive planning effort to capitalize on its proximity to lower cost energy sources to revitalize its industrial sector.

a) Encouraging city governments to share their experiences, research and program development and to create a community of practitioners;

b) Undertaking collective research and policy development to ensure that the interests of urban manufacturers are part of local and national dialogue and policy; and