Celebrating the First Three Years of the Integration Initiative

Celebrating the First Three Years of the Integration Initiative

In the first 3 years of the Integration Initiative, we gleaned important lessons on realigning institutions across issues, sectors, and disciplines. We also have seen significant evidence pointing to enduring change. 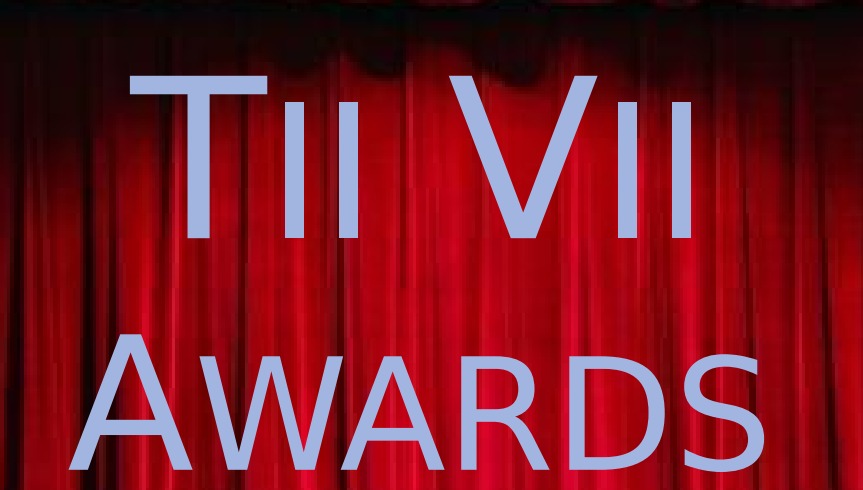 As an important part of the initiative, we created a robust information sharing capability among the cities and a forum for teams from each city to come together with each other throughout the year at what we call ‘learning communities’. Living Cities operates in three-year funding rounds, and in October 2013, we convened the final learning community (our 7th such event) of the 2010-2013 round of TII. This was a time to collectively reflect on the last three years, and to look towards the next phase of our work together. In 2010-2013, we gleaned important lessons on realigning institutions across issues, sectors, and disciplines. We also have seen significant evidence pointing to enduring change. This progress was achieved through tremendously hard work from all of our partners on the ground—we believe that change happens at the local level. Without a clear road map, they have been charting a new course and building a new kind of civic infrastructure for the future. In recognition of that work (we liken it to building a plane while flying it), and in the spirit of a fun celebration to mark this key milestone, we held our very first ‘Integration Initiative Awards’. Please join us in congratulating these incredible teams!

And the award goes to…. 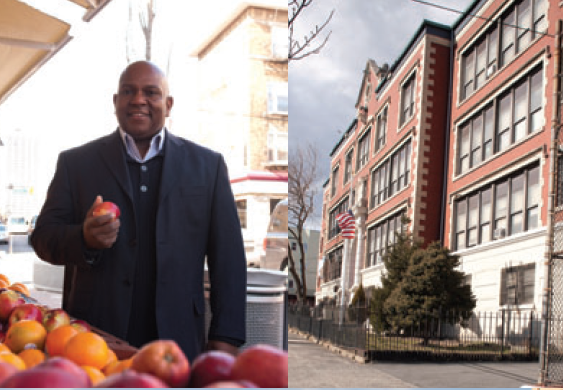 We all know how great super hero stories usually start: A city facing serious problems is in need of help. But who will come to the rescue?

The story of Newark is a familiar one: High unemployment, food deserts, and high drop-out rates. We are also familiar with the story of Newark’s super hero Mayor. But, in many super hero stories, there is not one hero, but rather a team of them. And, this is exactly what is happening in Newark.

The Newark Integration Initiative is addressing the unhealthy conditions facing Newark’s low-income residents by coordinating information and investments to create healthy housing, schools, and food options in Newark’s communities with the goal of improving the economic and social well-being of the city. Towards this, they have developed a shared vision; started to collect data in smart ways for continuous improvement; aligned public, philanthropic, and private resources; and set out to learn from others around the country who are tackling systems problems through collective impact.

This work is changing how institutions in the city interact with one another, and is positioning the initiative to break down silos and push forward a common agenda—definitely the stuff of super heroes.

Detroit is thought of as ground zero for efforts to revitalize older industrial cities. The city has had no shortage of challenges: population loss, high vacancy rates, and the much publicized bankruptcy. And yet, Detroit is rich in human capital, and in spirit and commitment to building a better future.

The Woodward Corridor Initiative seeks to connect and integrate place-based strategies along Detroit’s main thoroughfare to stabilize neighborhoods, increase investment, and attract new residents. Working with its anchor institutions, the Initiative was able to attract substantial numbers of residents to live in Midtown, where vacancy rates are now close to zero.

And, Detroit has been a success story in terms of deploying private capital for public purposes. They did this by thinking creatively and importing a highly capable national financial intermediary to work in Detroit. NCB Capital Impact brought their expertise, their balance sheet, their relationships with national funders and their understanding that, to be successful, they would need to partner with local leaders. In this way, they were able to unlock a pipeline of investment opportunities that had been frozen for years. And, not only did NCB and the Woodward Corridor team deploy capital, but they also harnessed their learning to develop a next-generation structure with terms more closely tailored to the needs of the market, and convinced national funders to invest. Recently, Detroit announced that they had commitments for a $30 Million fund that will build on lessons learned and move from individual projects and transactions to a more transformational batch processing approach.

The goals of the Baltimore Integration Partnership are to reconnect low-income Baltimore City residents who are predominantly African-American to the regional economy; maximize the linkage between physical and human capital development; and reinvest in targeted inner-core neighborhoods so that they become regionally competitive, economically diverse, sustainable communities of choice.

Cognizant that the public sector has an important role to play in achieving these goals, the Partnership worked closely with state and local elected officials—providing policy analysis and recommendations, as well as community voice, in order to get policies that benefit low-income people passed.

Here are just a few of their legislative wins:
• A Baltimore Executive Order that requires companies awarded city contracts to hire at least 51% of employees locally;
• A State law to ‘ Ban the Box’ and help remove barriers for qualified workers with criminal records;
• A State law that shortens the process by which adults can apply for and earn a driver’s license—a key requirement for many jobs;
• A State Executive Order to promote apprenticeship programs and encourage hiring in areas with high unemployment;

And, in this time of shrinking resources, they won $4.5 Million in training dollars for low-income people via the EARN initiative.

The Corridors of Opportunity initiative in Minneapolis and St. Paul seeks to build and develop a world-class regional transit system that advances economic development and ensures people of all incomes and backgrounds share in the resulting opportunities. After just three years, five local and state funding streams have been permanently redirected to support the build out of a light rail transit system that serves as a focus for expanding access to jobs, affordable housing, and essential services for all residents.

As you might imagine, this was no easy feat. But, the initiative was thinking at the systems-change level from the start. They combined the TII award with their HUD Sustainable Communities award in order to establish one shared vision for the region. And, they made sure that the ‘right’ players were ‘at the table’—ensuring that the Mayors, County Commissioners, State department heads, and other leaders were actively engaged in decision making.

This powerhouse ‘table’ of leaders worked towards systems change at multiple levels—passing laws, changing practices and culture within and across agencies and institutions, and aligning resources towards what works. Indeed, their Policy Board has become so effective that they actually draw audiences at their meetings, evidencing how eager folks are to understand how to work together in new ways for lasting change. 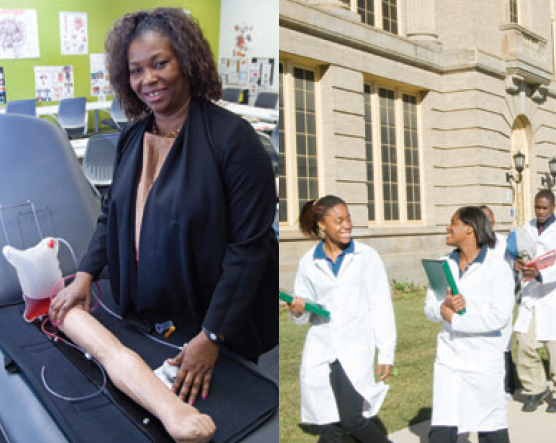 The Greater University Circle Community Wealth Building Initiative leverages the economic power of anchor institutions, along with the resources of philanthropy and government, to create economic opportunity, individual wealth, and strong communities for residents of the neighborhoods around University Circle and the Health-Tech Corridor in Cleveland.

Their commitment to tangible outcomes is the foundation for one of the Initiatives greatest strengths—its catalytic leadership and determination to produce real results for real people. And, the Cleveland team is willing to think outside the box, importing models and capacity as needed. Here are just a couple of examples of that:

• They developed job training programs for people with multiple barriers to employment, adapting the Manchester Bidwell training model from Pittsburgh; and activating the Sherwin-Williams Home Work program, training people to become professional painters; and
• They brought in Bill Traynor’s network organizing model from Lawrence, Massachusetts to transform their community engagement and grassroots grant-making work with the new Neighbor Up program. This program empowers people in Cleveland’s neighborhoods to become more engaged with each other and the city around them by extending small grants that fund citizen-led neighborhood projects, events and activities that benefit Clevelanders.

As we look towards the next round of TII, we do so energized by the accomplishments of all of the participating cities thus far. We can’t wait to see what’s next!