Voices from the Field: Bringing High-Speed Broadband Networks to US Cities

Voices from the Field: Bringing High-Speed Broadband Networks to US Cities

At our recent convening, Blair Levin, Executive Director of Gig.U presented his work to bring high-speed broadband connectivity to cities. 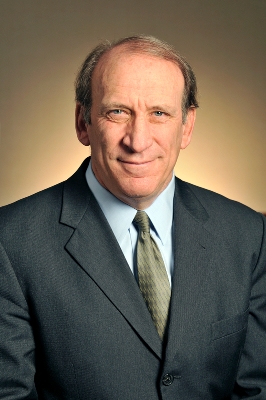 As part of the Project on Municipal Innovation (PMI) - our network of Chiefs of Staff and policy leaders from the country’s largest and most creative cities – we bring innovators from the field to share models for municipal innovation. At our August convening, Blair Levin, Executive Director of Gig.U presented his work to bring high-speed broadband connectivity to cities. City officials from around the country are grappling with how to implement a sustainable plan for greater connectivity in their cities. As Levin notes, “Increasingly, job training, job seeking, education, health care and numerous other services require access to broadband.” It is an imperative for all residents, and especially low-income people, that connectivity become a priority for city leaders. Levin goes on to underscore the significant role of the public sector in bringing high speed broadband to cities - “ Above all, local leadership is the single most important ingredient for success. If there are local leaders who put fiber connectivity at the top of their agenda, it can happen. If not, it won’t.” Below are some insights from a brief interview we conducted with him last month.

While there are wide variations, most U.S. urban dwellers have a choice of cable and telecommunications offerings, whose, speeds and prices, while not in the top tier, are competitive from a global perspective. Looking forward, however, the market dynamics that drove a half-dozen upgrade cycles between 1994 and 2007 have changed. For most U.S. cities making the upgrades needed is cost prohibitive absent a multi-sector, multi-pronged approach. As a result, American cities could find themselves at a disadvantage in bandwidth and speed compared to other cities around the world.

2. How does the state of high speed broadband communications affect city government’s ability to function in the near term and in the future?

All enterprises in the economy are moving to the digital platform to improve how they deliver goods and services. City governments are no different. Today, the problems are getting all residents on and rethinking how services are delivered to take advantage of digital functionality. For example, trends such as big data, 4k video, and the internet of things develop, open up new opportunities for improving such things as public safety, social services and health care, but the current networks in U.S. Cities will prove inadequate to accommodate those opportunities.

3. What should be the role of local governments in improving the current state of high speed broadband communications networks?

Cities have a big influence on the investment equation for service providers. Cities should be rethinking all their policies—including rights of way, permitting, building access, access to poles and others–that affect the capital expenditures, the operating expenditures, the risk, and the revenues of those who wish to build networks.

4. What is a model of a local government taking the lead in improving the current state of these networks in their city?

For two decades, Seattle has had a “dig once” policy to lay dark fiber whenever a road was being dug up. As a result, the city has an incredibly valuable asset that can lower the cost of deploying a gigabit capable, fiber network with minimal disruption to the neighborhood. The city is now leasing that fiber to incentivize a private provider to offer a Google Fiber-like service, at a similar price point. The big takeaway from Seattle is for cities to start immediately thinking long-term about what a city can do to improve the economics for upgrading or deploying a new network.

Gig.U is a peer-to-peer education and support community of leaders in university communities who wish to accelerate the deployment of next generation networks. By organizing together, and learning from what each of the communities is doing, the group makes each effort easier. Gig.U plays a coordinating function and provides an ability to work collectively when the situation calls for collective action, such as in developing tools for city officials.

6. What role can non-government organizations play in stimulating this investment? Cities should approach stimulating investment to improve their wireline networks in the same way they would approach any important economic development project. What we have learned is that to succeed in this work, a cross-sector, multi-pronged approach that includes city agencies, anchor institutions, major real estate and business interests, and other community institutions is needed to raise capital for the project. Bringing together a strong cross-section of major beneficiaries of abundant bandwidth increases a provider’s confidence in investing in improving a city’s network.

7. What are some examples of cross-sector partnerships that have effectively stimulated this investment?

It is still early going though I feel confident that a year from now there will be a number of instructive successes and failures. There are some promising starts: In Chicago, a partnership between the State, the University of Chicago, and a number of community groups, has led to over $100 million in new investment in the area where the gigabit network is being located. In Gainesville, FL a partnership between the university, the city and an electric utility led to the first gigabit community in the state. In North Carolina, a partnership of 4 universities and 6 communities has led to 8 private sector entities responding to the first regional RFP for a gigabit network.

8. What are some of the lessons-learned from these cross-sector efforts?

• Start with a clear understanding of how city rules and regulations affect deployment costs.

• Do an inventory of city assets that can be used more effectively to lower deployment and operating costs.

• Asking the right questions leads to incumbent providers becoming more interested in how the city is thinking and more responsive to future needs.

• Since it takes a long time to plan and deploy a network, the right time to start thinking about how to raise the capital you need is today.

• There is no one-size fits all solution – a solution must be developed that best fits the needs of a particular community.