Boston Federal Reserve Bank Vice President, Prabal Chakrabarti, sat down with Living Cities to provided an update in an interview on the Working Cities Challenge in Massachusetts. 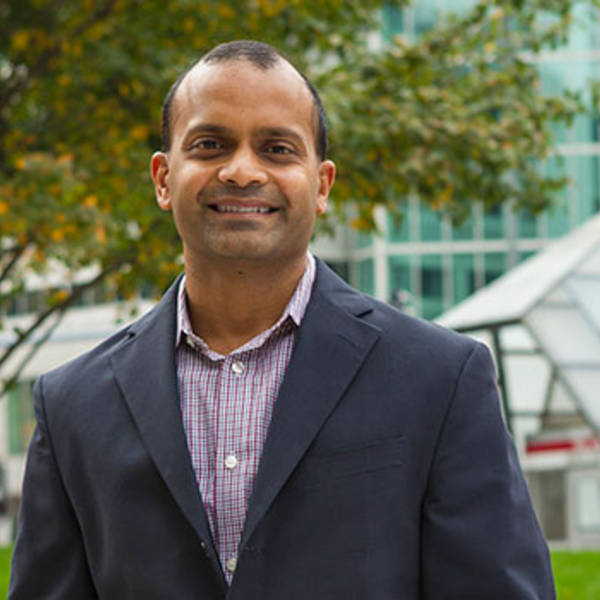 Living Cities is proud to join state and private sector partners to support the Federal Reserve Bank of Boston’s innovative effort to catalyze collective impact to improve the lives of low-income people in smaller cities in the state of Massachusetts.

Since launching the Working Cities Challenge last May, Boston Fed staff in the Regional and Community Outreach department have been working closely with the applicant cities on proposals that seek to enhance collaborative leadership and improve the lives of low-income residents. Recently, Vice President Prabal Chakrabarti provided an update in an interview on the Working Cities site. 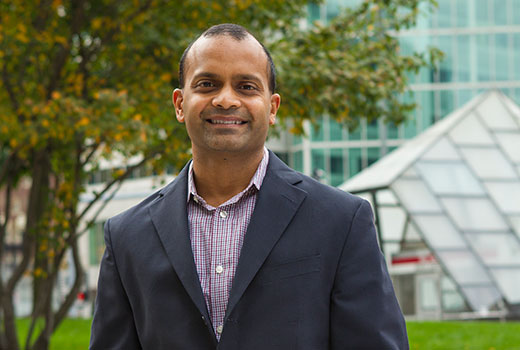 1. This fall has been busy: 20 Massachusetts communities submitted applications in August, and you’ve since been engaged in activities supporting these cities in their economic development efforts. In particular, how have you been working with participants to ensure success along the way? And tell us about the jury that will decide the winners.

First, it’s important to note that the Boston Fed is not part of the jury. Instead, we’ve put together a panel consisting of experts in economic and workforce development, education, and innovation to evaluate the proposals and select the winning teams for funding. The jury also includes representatives from the three major funders: Living Cities, Massachusetts Competitive Partnership, and the Commonwealth of Massachusetts. The judging will take place over a day and a half in December, but these organizations will remain involved with the cities even after the winners have been formally announced in January.

Now, let me tell you a little bit about our role as a coach and facilitator. We’ve gone on a number of site visits this fall, during which Boston Fed staff spend the better part of a day in the city with the individual partner organizations. The discussions that take place help us to understand the division of labor within each city and also allow us to get a better sense of how well the team will communicate in the future. It’s exciting for us to hear about the incredible work that these partners are engaged in, and also to watch them come to the table to develop strategies that break down silos and build consensus.

2. We’ve heard you say Working Cities is about “on the ground” community development. Can you explain more about the approach you’ve taken?

In 2009, the Fed’s Research Department examined the economic development approaches of mid-sized manufacturing-oriented cities across the country and found that the two driving factors toward resurgence were leadership and collaboration. When we say “on the ground” we mean that we put the research into practice – we brought together members of the public, private, and nonprofit sectors in these cities. We asked them to design and implement a transformative project centered on two goals: advancing collaborative leadership and improving the lives of low-income people. It’s fair to say that we are learning as we go, but we’re already seeing a tremendous amount of progress. Ultimately, we believe this could be a model for other urban revitalization efforts in the region and the country.

Thanks to our funders, three cities will receive implementation awards ranging from $150,000 to $700,000 over a period of three years if they meet particular milestones – cross-sector collaboration, resident engagement, systems change, and impact on lower-income people, among others. Several other cities will receive one-year seed awards of $50,000 to $80,000.

3. How will proposals be evaluated, and will the initiative conclude with the jury’s decision in early 2014?

The jury will be assessing the degree of cross-sector collaboration and the extent to which each city’s effort represents systemic change for lower-income residents. They will score each team using a grading scale, and 10 percent of the total score will be left to the jurors’ discretion to assess factors such as innovation and the nature of progress given the initial conditions of the city.

The initiative doesn’t end after we announce the winners. We’ll continue to support all Working Cities applicants into the new year through a range of efforts. I can’t share specifics at this stage, but I can say that we’d like to implement a learning community for all 20 eligible communities to facilitate conversation about common issues. We also plan to host a pitch contest in February for all of the cities to present their proposals to an audience of interested funders. Lastly, to better measure the success of the initiative, a third-party evaluation expert will conduct an in-depth analysis of our ability to meet our goals, and the cities’ ability to achieve the impact they sought. We hope this will be instrumental in solidifying the model moving forward.

Prabal Chakrabarti is Vice President, Community Development, Regional and Community Outreach, at the Federal Reserve Bank of Boston. He has published and presented research on community development topics such as affordable housing, venture capital in secondary cities, and urban business development. He plays a key leadership role in a prize competition to revitalize smaller cities called the Working Cities Challenge. He has edited volumes on the future of the Community Reinvestment Act and on addressing challenges from foreclosed properties.