We are beginning to see the potential for change when public and private sector leaders have the courage to disrupt these obsolete approaches. 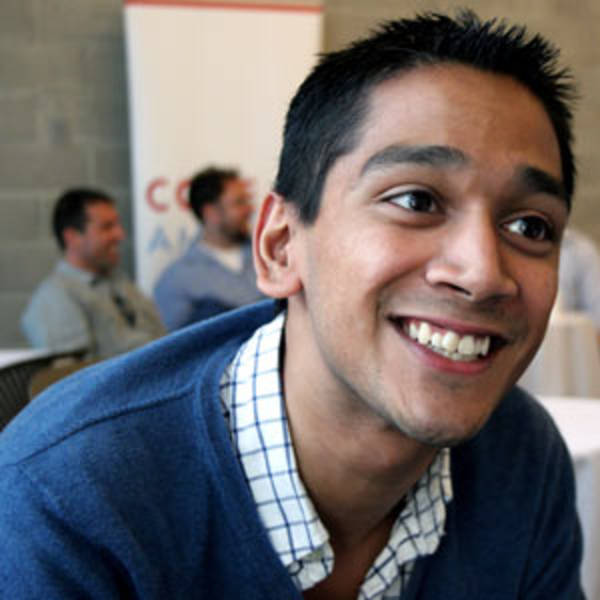 There is great potential for driving digital technologies and social media to transform cities and the lives of their low-income residents by improving government service provision, civic engagement and data analysis for decision-making. Living Cities partners with cities around the country to foster innovation in this area. This blog that originally appeared on the City Minded Blog marries our thinking with the thinking of civic tech leader, Code for America, to paint a picture of what is possible when civic technology and systems change initiatives collide.

At their best, America’s cities are the engine for national prosperity and individual economic opportunity. Indeed, for generations, people from around the country and the world viewed our cities as gateways to a better life. That path has become harder to follow in recent decades. The systems we have counted on to create, prepare people for and connect them to opportunity – such as education, workforce development and economic development – have become obsolete, prioritizing quick, technical fixes over adapting more fundamentally to transformative developments like the internet and globalization. We have spent billions of dollars to improve outcomes in the lives of city residents around education, jobs, health, and other issues. And yet, with our systems out of sync with today’s economic, social and technological realities, we have consistently failed to achieve the results we want at meaningful scale.

Through the work of our organizations: Living Cities, a consortium of foundations and financial institutions dedicated to improving cities and the lives of their low-income residents; and Code for America, a nonprofit using data, technology and networks to create a government by the people, for the people, for the 21st century – we are beginning to see the potential for change when public and private sector leaders have the courage to disrupt these obsolete approaches.

In Living Cities’ five-city Integration Initiative and the 80+ city Strive Network, diverse leaders are putting aside self-interests and collaborating to re-engineer interconnected-but-broken approaches to education, transportation and jobs. Cities and technologists within the Code for America network are building a national movement to harness the energy of the technology and data communities in order to reimagine government as a platform for public officials and individuals outside government to innovate and solve complex, seemingly intractable problems.

We see extraordinary promise in marrying the emerging civic technology and data movement with leading systems-change initiatives to bring about faster, deeper and broader results. Smart cities technologies, open data, predictive analytics and apps for civic engagement have proliferated in recent years, giving cities new and powerful tools to solve tough problems. Collectively, we are now seeing an opportunity to take these precedents to the next level beyond isolated solutions to discrete problems towards fully integrated components of system change efforts.

By connecting these tools, and the innovators who are producing them, to existing system change efforts, we can move from quick fixes to large-scale, needle-moving results. More specifically, we could re-engineer our systems to:

We need data in order to understand the results our systems are achieving and where they are failing. While much of the necessary data is out there, it is unavailable for analysis. Fortunately, city governments are increasingly opening their data to the public. Meanwhile, data capture innovations like Captricity are helping to ensure that this critical data can be included in open datasets, and data visualization tools are becoming more powerful and easier-to-use. Meanwhile, organizations like Strive and Data-Driven Detroit are building systems’ capacity for, and breaking down resistance to, data-driven decision-making (see here for more on these efforts) for large-scale change.

Shift focus and resources to what works

Cities are increasingly using data to redirect resources towards evidence-based interventions, improving outcomes and saving money in the process. New York City used predictive analytics on data gathered from nineteen siloed departments to improve fivefold the accuracy of their fire safety inspections. Hamilton County, Tennessee built a multifaceted effort to increase graduation rates around statistical modeling and analysis supported by IBM. And cities across the country are using 311 systems to address “upstream” causes of “downstream” issues (as Chicago, for example, has done with garbage and rodents, respectively).

We have more and better tools than ever to harness what Robert Kirkpatrick calls “the wisdom of crowds, the instinct of experts and the power of algorithms” to break through siloed and exclusionary ways of solving complex problems. Leaders inside and outside government are developing better problem-solving processes around tools like Textizen, MindMixer, Community PlanIT and, more recently, #VizLou (developed by Living Cities with the civic developer OpenPlans) to foster more constructive discussion of tough issues like education metrics and engage city residents in co-creating ideas around important local goals.

Many of the systems that serve city residents, particularly low-income residents, are built around the needs of the institution rather than the needs of the user. But the advances made possible by data and technology are challenging that. User-facing apps like BlightStatus are helping to put previously cloistered data into the hands of citizens. A focus on user experience and customer relationship management is slowly beginning to permeate these systems, spurred by leaders within government like 311 directors and innovation officers, as well as outside leaders. And cities and civic tech entrepreneurs are experimenting with solutions like Aunt Bertha to help city residents identify and access essential city services.

Putting it all together

Imagine the possibilities when these capabilities are comprehensively applied to transform even one system in just one place.

Take, for example, education, where tools like predictive analytics and learning apps are already coming into use, and where organizations like Strive are using data to align public and private dollars around evidence-based interventions, generating measurable improvements in student outcomes. With the power of Big Data and technology fully behind them, such education reform efforts could:

We have more tools than ever to transform our obsolete systems for the realities of the 21st century and restore our cities as engines of economic opportunity for all. However, no one institution or leader will be able to do this work on their own. What we need now is a collective, intentional effort deploying all the high tech and high touch tools available. We invite you to engage with us as we explore ways to move this agenda forward.

Abhi Nemani is the Co-Executive Director of Code for America, a national nonprofit that believes that government of the people, by the people, can work in the 21st century.