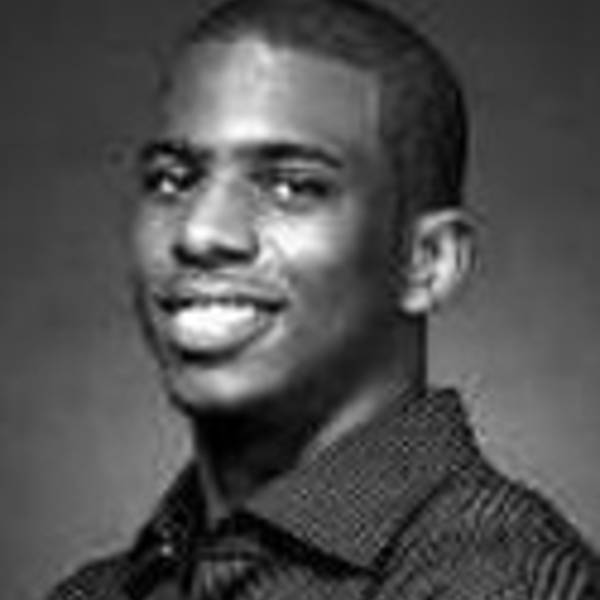 It was August 2005 and I had just turned 20 years old. After two years of playing basketball at Wake Forest, I was drafted by the New Orleans Hornets. As you can imagine, I couldn’t have been more excited and began preparing myself for this new chapter in my life when things got turned upside down. I watched with the rest of the world while that city I was prepared to call my new home was devastated by Hurricane Katrina. This meant I would play most of my home games as a rookie in Oklahoma City. My first two seasons as a Hornet not playing or living in New Orleans felt unreal. What was even more amazing was how the people of New Orleans rallied around our team, cheering me on to the “Rookie of the Year” title though we played outside the city.

It took two full seasons for the team to return to New Orleans. However, by the end of my first season playing in our home arena, I knew that I had to do something to thank the people of the city who had inspired me so much. I decided to help NOLA’s children who were coping with the most difficult of circumstances and in most cases doing so without the “extras” many children take for granted. I understood why basics like rebuilding schools and roads were priority number one, but I also felt strongly that kids needed enrichment activities just as much as they needed good classrooms, good teachers, and good roads. Growing up, my parents made sure that my brother CJ and I were exposed to all kinds of activities that introduced us to new experiences, people, and skills. I wanted to be able to provide similar opportunities for the children of New Orleans.

I was determined to create an exciting afterschool program that would be fun for the kids but that would also use a best-in-class model that supported what they were learning in school. I wanted to make the hours after school rich with play, learning, and discovery.

JPMorgan Chase agreed to match every dollar I gave and together we invested $1 million to create the _CP3 Afterschool Zone presented by Chase. _The Partnership for Youth Development (PYD) was chosen to execute the program in partnership with KIPP Central City Primary School. Our initial investment funded the program for three years. A network of nine providers offers 22 safe, high-quality programs for 150 students every day. The programs range from creative writing to sushi making to African dance. The very first time I tasted sushi was when it was made by a seven-year-old second-grade girl in the program. How could I refuse?

It is incredibly challenging to start a program, and I have learned a lot along the way. The CP3 Afterschool Zone works because we have experienced providers, qualified staff, and a great partnership with KIPP and PYD. We strive to build on what the students are learning in school and stress communication between school day staff and afterschool program providers. We also have a great funding partner in Chase, which cares deeply about the children of New Orleans.

The Afterschool Zone is now in its third year, and I am no longer a New Orleans Hornet. I don’t get to see the kids nearly as much as I used to, but every time I go back to New Orleans to see them or they send me videos to show me what they are doing, I am reminded of how important these experiences are and how much the program supports their learning and builds their confidence. As I meet the children of Los Angeles and begin enrolling my own son in activities much like the ones I provide for the students in New Orleans, I am even more convinced that some of these “extra” programs shouldn’t be “extra” at all. They should be activities that all kids, no matter their families' income, get an opportunity to experience.

This conviction leaves me with a nagging question: What can I do to support the expansion of programs like this for all kids? Stay tuned.

_Chris Paul is a point guard for the Los Angeles Clippers. He is a five-time NBA All-Star, two-time Olympic gold medalist, and founding member of the Admiral Center. He believes that every child deserves the opportunity to have a safe place to play, explore and learn. He lives in Los Angeles with his wife and two children. _

Chris Paul is a point guard for the Los Angeles Clippers. He is a five-time NBA All-Star, two-time Olympic gold medalist, and founding member of the Admiral Center. He believes that every child deserves the opportunity to have a safe place to play, explore and learn. He lives in Los Angeles with his wife and two children.