Attacking the Gap: How Blackstar Stability is Investing in Black Homeownership

Attacking the Gap: How Blackstar Stability is Investing in Black Homeownership

John Green, Managing Principal at Blackstar, shares his perspectives on the legacy of discriminatory practices that have systematically prevented large swaths of the Black community from owning and keeping their homes, and a call to action. 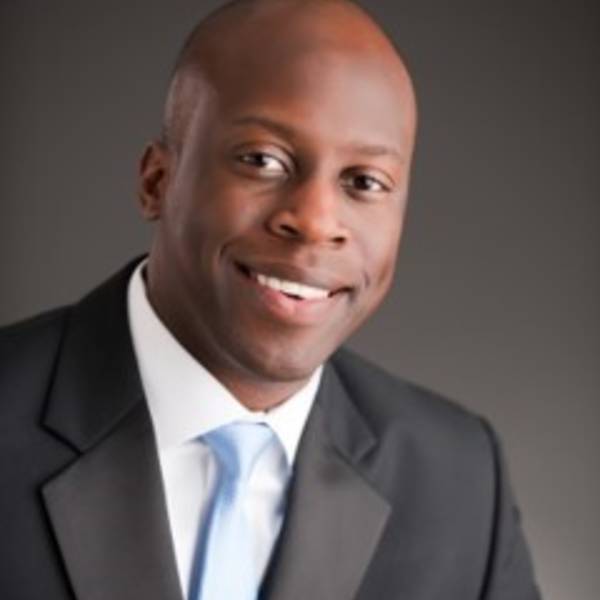 In the context of the Capital for the New Majority strategy, Blended Catalyst Fund (BCF) made an inaugural investment in The Blackstar Stability Distressed Debt Fund, which seeks to promote wealth building for people of color through homeownership, and to undo the harm of predatory lending practices and products that have rendered such wealth accumulation by brown and Black communities difficult.

In many ways, the protests that have swept the nation since George Floyd’s murder have been focused on securing rights that are but table stakes in the pursuit of the American Dream. Civil rights, voting rights, and indiscriminate access to health care and financial opportunities are fundamental building blocks to the members of any thriving democracy. Yet the yawning, ever-widening gap in wealth between Black and white Americans serves as a reminder of the disparate outcomes in our communities. In our increasingly plutocratic society, solutions that neglect to confront the structural issues driving this gap ultimately focus on losing slower rather than winning.

Black homeownership and the wealth gap

Homeownership is the largest driver of the racial wealth gap in the United States , yet few policies advance equitable and inclusive strategies. Nearly two-thirds of the household wealth for middle-income families is comprised by their principal residence. While about two-thirds of all Americans own their homes, that proportion camouflages a troubling gap where only 41% of Black families are homeowners, compared to 73% of white families. Moreover, as owners and buyers, Black families are significantly more likely to have a subprime loan (even if they qualify for a prime mortgage) or another, more predatory form of home financing.

Although attitudes shift as housing markets cycle, owning a home remains critical for middle-class families to build generational wealth. Health outcomes improve for children of homeowners, students who move less often are more successful in school, and the ability to shelter in place is now an unexpected necessity. Black families understand and crave these benefits, but over time have only consistently managed to exchange one set of predations and discriminatory practices for another. From redlining to racialized subprime loan targeting, Black homeownership rates have declined almost every year since 2004 – essentially negating the gains made since the passage of the Fair Housing Act in 1968. One very specific (and preventable) cause of the homeownership and concurrent wealth gap is the historically insidious, and surprisingly still prevalent practice, known as “Contracts-for-Deed (CFDs).”

From redlining to racialized subprime loan targeting, Black homeownership rates have declined almost every year since 2004 – essentially negating the gains made since the passage of the Fair Housing Act in 1968.

A CFD is a legal agreement for the sale of property in which a buyer takes possession and makes payments directly to the seller, but the seller holds the title until the full payment is made. These transactions are generally unregulated and almost always at predatory interest rates and prices above the actual value of the home. Buyers are responsible for taxes, maintenance, and insurance but do not accrue any equity until final payment and cannot deduct interest from taxes as with traditional mortgages. If the CFD buyer misses a single payment, they can be evicted, losing their home and all the work they put into it. For those buyers who beat the odds and secure title to the home, the economic benefits are a fraction of what they should have been.

Ta-Nehisi Coates concisely describes CFDs as “a predatory agreement that combined all the responsibilities of homeownership with all the disadvantages of renting – while offering the benefits of neither.” His seminal piece details how racially explicit housing policies from the Federal Housing Administration and other government agencies excluded Blacks from the middle-class homeownership boom of the 20th century. With the legitimate paths to homeownership blocked, Black families en masse turned to CFDs. To illustrate this, in Chicago during the 1950s and 60s homeownership wave, 75-95% of the homes sold to Blacks were as CFDs. It is estimated that those CFDs, in Chicago alone, cost Black families between $3.2 and $4.0 billion dollars.

It gets worse. After an encouraging span that led to a historical peak in 2004 of Black homeownership at roughly 50% (still just 2/3rds of the majority rate), the Global Financial Crisis of 2008 obliterated those gains. Over 6 million homes were foreclosed in the years following the recession and millions more sold at a loss, with many of the remaining owners underwater, particularly in communities of color. Black families lost their homes to foreclosure at nearly twice the rate of other groups. When a glut of devalued, vacant homes needed to be resold, the market reinvigorated an old tactic – Contracts-for-Deed.

Fannie Mae and Freddie Mac (the Government Sponsored Enterprises or “GSEs”), freshly bailed out by taxpayers, sold houses in bulk to corporate and individual buyers who tripled or quadrupled the price and quickly resold them to unsophisticated or desperate families, often using CFDs. In Detroit, CFD sales outnumbered traditional mortgage-financed transactions during 2016. History repeated itself, and with the economic turmoil of COVID-19, it could happen again.

There is a clear and better path. Looking forward, if the pandemic leads to another wave of foreclosures, the GSEs must prohibit the use of CFDs or comparable instruments from being used by resellers of foreclosed property. They should also make better efforts to prevent foreclosure, and when it is unavoidable, to more aggressively incorporate community-minded buyers in sales processes. Consumer protections must be enhanced and enforced.

There may be more than $200 billion in CFDs currently in place in the US, significantly larger than the private student loan ($125 billion), payday loan ($90 billion), or car title loan ($4 billion) industries. Our company, Blackstar Stability, has created a fund that purchases those CFDs and converts them into traditional mortgages at reasonable interest rates. It is a simple, effective approach that earns an attractive risk-adjusted return for our investors while providing life-changing stability and lower payments to families. With the inaugural investment from Living Cities’ Blended Catalyst Fund, Blackstar Stability plans to grow the fund to serve thousands of families and communities.

Our company, Blackstar Stability, has created a fund that purchases those CFDs and converts them into traditional mortgages at reasonable interest rates.

Current market conditions afford a unique opportunity to effectuate this change. State Attorneys General and regulators are putting pressure on some particularly egregious issuers of CFDs. Other issuers are simply looking to realize gains by liquidating their holdings in a buyer’s market. Blackstar Stability buys CFDs in bulk, then works with the families to originate a new, more affordable mortgage that gives them title to their home. Once the new mortgage is established, Blackstar Stability sells or refinances it and recycles the capital. In this context, with Living Cities as a strategic partner, Blackstar Stability is creating for CFD buyers, who are disproportionately Black and brown, the type of financing that is available to everyone else. Fair and equitable access to the housing finance system is both good policy and good business. More stable, economically strong homeowners benefit everyone while tangibly lowering the wealth gap.

Blackstar Stability is a Black-owned firm that is currently accepting qualified investors for our Distressed Debt Fund. If you are an impact investor and are interested in learning more, please contact John Green at jgreen@blackstarstability.com.