Standing in Solidarity and Committing to Action

Standing in Solidarity and Committing to Action

“I am writing today to demand a faster pace of change. An accelerated pace is dependent on your leadership. We have stood united in partnership but our partnerships must move to solidarity. Solidarity requires deep, meaningful daily action in the places where business takes place. Today, we are sounding an alarm for solidarity for racial and economic justice in the pursuit of an inclusive regional economy.”

We, at Living Cities, stand in solidarity with Tawanna Black, and the residents and local leaders in Minneapolis-St. Paul, and in communities across the country, from Atlanta and Portland, to Denver and Louisville, who believe that now is the time for all of us to commit to meaningful daily action:

White people must stop looking away. Police brutality in this country against Black men and women is not new. It is part of a legacy of centuries of dehumanization, systematic violence and structural racism that began when the first ship carrying enslaved Africans landed on these shores in 1619, and which white America has never fully reckoned with.

“Not looking away” means that we must educate ourselves about our nation’s true history, and acknowledge the steps that were taken over generations—from slavery to Jim Crow, to redlining and urban “renewal,” to the War on Crime and the 2008 financial crisis—to separate and divide us by race, to advantage white Americans and to devalue and exploit Black neighborhoods, communities and lives. We need to understand the history that brought us to today, because the past is very present. We cannot undo racism until we understand where it lives, at the roots of today’s disparities. 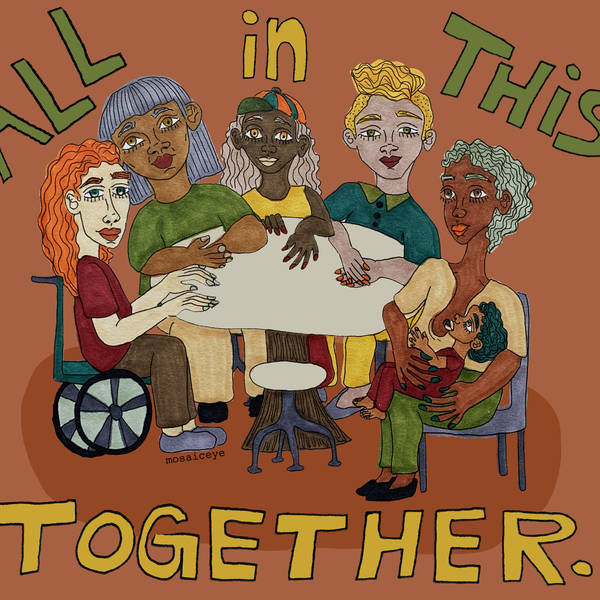 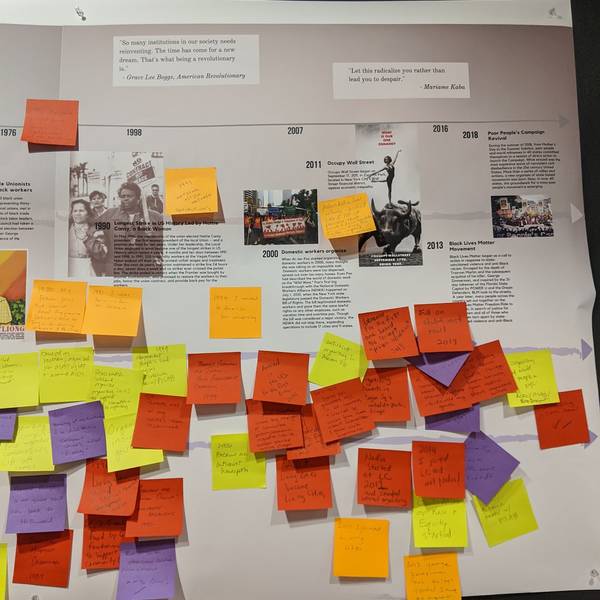 We must stop sanitizing the truth and call the toxicity that has poisoned our actions for so long what it is: racism. We must name it where we see it—not only in the recent killings by police officers, but also in the tens of thousands of Black and brown people who have lost their lives to COVID-19 at rates far exceeding that of their white neighbors. James Baldwin’s resonate so strongly today: “Not everything that is faced can be changed, but nothing can be changed until it is faced.”

We must decide to fully use our personal agency, and move others to use their power too. For white people like myself, that may mean mobilizing those within our spheres of influence—in our homes, organizations, and communities—to disrupt their numbness. Every single person has the power to protest racist policies, and to either advance, or stall, antiracist policies and practices that can help turn the tide.

Things will only change if we make it personal, and hold each of ourselves accountable for our failure to personally contribute to the change. I was heartened the other day to see Living Cities’ longtime friend and former Minneapolis mayor RT Ryback take that step in a personal message last week:

“Our country, and our beloved imperfect city, has tolerated two tiers of justice too long when we never should have tolerated it in the first place. We need to acknowledge that on some level, every one of us had a role in keeping this inequity in place. I’ll go first, because after 12 years as mayor of this city, I should. My own efforts to change a police department and its culture failed badly. That will haunt me for the rest of my life, and it should.”

We must start making different choices, not for a few days, but every day, that chip away at this madness. As Ibram X. Kendi puts it so clearly, there is no such thing in our world as being “not racist,” because “there is no neutrality in the racism struggle. The opposite of ‘racist’ isn’t ‘not racist.’ It is ‘antiracist.’ And being “antiracist,” Kendi explains, is not a fixed category but a daily practice that requires a radical reorientation of our consciousness; persistent self-awareness, constant self-criticism and regular self-examination.

As a leader who went 25 years of my career with “rose colored glasses” on, I failed to see the role racism played in the issues I’d committed to addressing—from broadband access to economic insecurity—and how my own identity impacted my daily decision-making. I needed both the competencies to see manifestations of racism around me—in big and small ways—and the humility to understand that I was always going to have blind spots that others were going to have to call me on.

We must recognize the humanity in each other. Former Minneapolis Mayor RT Rybak also captured this beautifully in his recent post: “…our eyes have to stay focused on one single image: A human being, staring calmly off into the middle distance, while his knee suffocates another human being. Our repulsion should boil over as we see this is a white police officer, who took an oath to protect and serve that person on the ground, who is a black man, who we know would not be treated like that if he was white. We should be shocked again when we see other officers doing nothing to prevent a death. And nothing should shock us more than the fact that we are no longer shocked, because this image is so familiar.“

This inhumanity shows up almost everywhere in our country, every day. We see it in police interactions, of course; but also in micro-aggressions like shopkeepers following customers of color around their stores; ongoing wage disparities between white employees and those of color; and even in our own private thoughts when white people decide to cross a street when approaching a person of color.

And as white people, we carry on this inhumanity when we explicitly or implicitly rely on people of color, especially Black people, to carry the burdens of educating others or fighting racism instead of us. As a boss, I have heard from my Black colleagues that it is both enraging and exhausting, to be confronted once again—and then again, and again, and again—with violent, graphic evidence that Black lives are not protected in this country—neither from violence nor viruses—and that our systems do not serve them. While we can’t know that experience, combating racism must be a burden that we as white leaders learn to shoulder, disproportionately, at work and in society.

We must prove that a different America is possible. As the protests that are sweeping the nation demonstrate, we know that no city in this country has eradicated racism, and that just as the public sector has played a major role in the creation of racial disparities, it must also play an outsized role in undoing them. In this moment, we are witnessing and speaking with mayors, elected officials, career public servants and community organizers across the country who understand that the past is present, that we need to reckon with and repair harms as we develop new ways of working together.

In response, we will be launching an effort to support between four and six cities who have the willingness, competency and courage to develop an analysis and vision for racially just decision- and policy-making, and commit to the daily practice of applying it to every decision and policy that gets made. The competencies and tools built through this effort—a “Year of Reckoning”—will be incorporated into addressing racial disparities across multiple mutually reinforcing systems (e.g. education, criminal justice, health, employment).

What are we going to do? For my fellow white Americans, can we feel the sheer grief, the rage, and the urgency, that right now is being channeled by people taking to the streets in protest in cities across the country—and take action in our own lives in response?

We have to distinguish between danger, fear and cowardice. As Dr. Ibram X. Kendi has so powerfully written, “Danger is real; fear is a choice. Cowardice is the inability to amass the strength to do what is right in the face of fear. And racist power has been terrorizing cowardice in us for generations.”

I hope that you will join Living Cities as we stand in solidarity with leaders like Tawanna and take up their charge:

“We will not return to the exclusive, antiquated power structures, partnerships, and economic systems of the past.” - Tawanna Black, Call To Action

We must make it so.