An Inside Organizer: Brian Smith

An Inside Organizer: Brian Smith 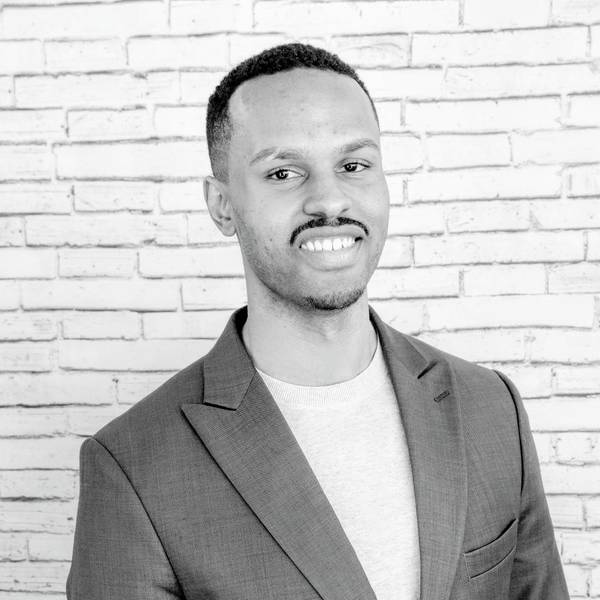 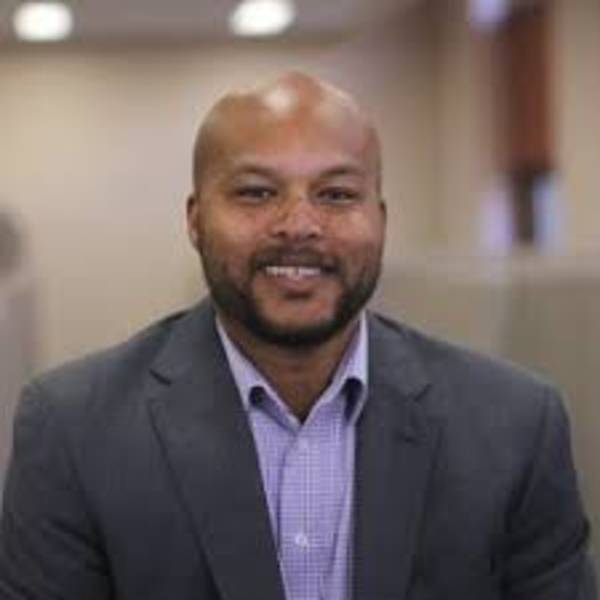 At Living Cities, we’ve been interrogating what it means to organize for racial equity and how we and others can leverage that strategy to close racial wealth and income gaps. Lucky for us, we have a wealth of folks in our network that we can learn from – like Brian Smith, Director of Performance & Innovation for the City of Minneapolis which serves as an in-house consulting team focused on helping city leaders drive bold innovation, change culture, and create an ongoing ability to tackle big problems and deliver better results for residents. In this role and broadly in his life, Brian has been able to leverage the power he holds as a public servant to help bridge information across communities in service of closing the gaps in racial disparities that he, his team and community are confronted with, daily.

We sat down with Brian to learn more about how he bridges his roles as a member within his community and as someone sitting within city government. We were proud of what Brian has been able to accomplish.

How would you describe yourself?

On any given day it could be different. I’m a father, big brother and uncle in the community and at work. I care about people. I think that care was developed in me because I was raised by a mother who was affiliated with the Black Panther Party and a step-father who was a Black Hebrew Israelite. I was raised to be this way; it’s in my DNA to be a servant to my community and to find a way to help people.

Would you consider yourself a community member, public servant or both? And Why?

I would say I’m both. There’s an inextricable link there. I don’t think I can be the public servant I want to be and need to be, without understanding what the needs and the desires are in the community and not just from afar. I have the same wants, needs and desires around justice and equity that the community that I live in and am from have. I wouldn’t be able to be an effective public servant without that understanding and experience.

As a child, I grew up poor and witnessed extreme violence regularly. My story is not very different from many of my brothers and sisters in my community. However, I recognized at a very young age that factors like colorism gave me different opportunities than those afforded to my own brothers and sisters. My mother, step-father and grandmother helped me understand that I had to fight for my liberation and that of my people regardless of the slight advantages that colorism afforded me then, and would also afford me later in life in some ways.

I was given access to opportunities to see how people were making an impact on different levels; whether it was big or small. That made me think, what can I do? After college I worked in several industries including the public sector. Across those different roles, I began to understand who got to shape how resources were being used and the policies that shaped people’s daily lives, that they weren’t even aware of. I quickly realized that it was not some great and powerful OZ that were dictating how our lives worked through policy and practice; instead , it was people like me but with different experiences and hue for the most part. I, then, wanted to be the person that made the rules, gathered resources and decided how those resources would get distributed. I wanted to get an opportunity to be able to shape things for the benefit of my people and other marginalized people in this country. Fortunately, I’ve been able to get into those spaces, learn enough about how they work and get as much as I can out of those spaces to improve the lives of the communities I love so much; before being found out and dismissed of course. (More about that inevitable consequence later perhaps.) 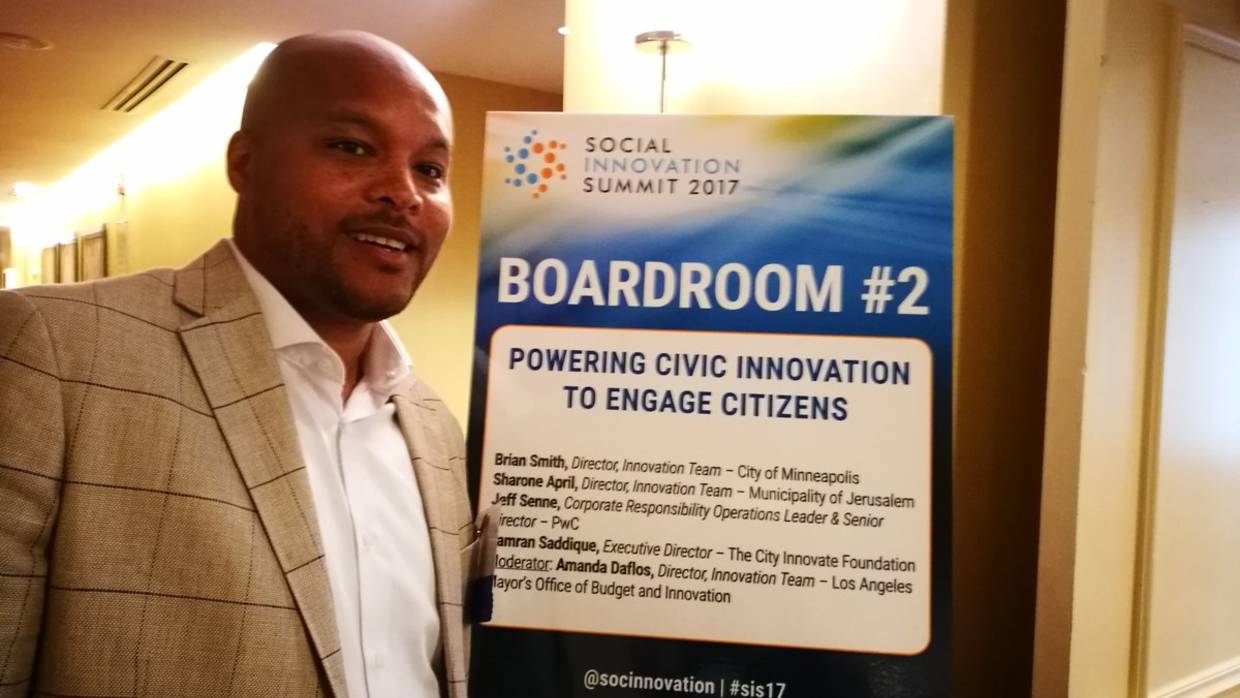 Talk to us a little bit more about what it has looked like to organize in your community.

Organizing has been my life. It’s taught me to apply pressure, not be afraid to push. It taught me behind the scenes making resource and policy moves. You have to be and do both to win. I’m not a person who believes that you change a system just by being in it. You need to be ready to take risks because if you just go along to get along, it’s not enough. I need to know about what the community wants, to know what needs to change. For the community to be successful, they must be armed with the norms that are written and unwritten. I equip the community with the tactics they need to push for the change they want.

I did a lot of work as a consultant around juvenile justice reform in my area. Within a 5-year period of working across the community, government system, and our county– were able to decrease the number of children in the juvenile detention system by 2/3. Over that time, we were able to put millions of dollars that were being used to hold children in detention centers, into community alternatives to have our own community members work with our kids, which created jobs and produced much better outcomes for our kids, families and communities.. I’m proud of this work that not only saves the system money that can be used in more equitable ways but also keeps our communities safer. Quick shout out to the Annie E. Casey Foundation for supporting and being at the forefront of this work nationally for well over 20 years.

How have you leveraged your activism/organizing to move policy?

My number one priority is always Black, brown, and native folks. Here in Minneapolis, Black, Brown, and Native folks suffer from disparate treatment and disproportionate outcomes in EVERY measurable quality of life measure that we can think of. Yet Minneapolis is also regarded as one of the best cities to live in and raise a family in the United States. Ponder that.

For anyone who takes offense to my priorities, you must understand that by improving the lives of the most marginalized, we improve the lives of everyone. Unfortunately, this is a difficult concept for many white people in any and every sector of our society to comprehend, because they’ve often been socialized to believe that “others” are only deserving of what they have in words but not practice. We’ve been doing work to get the city to take economic development more seriously, so that Minority and Women Owned Business Enterprises (MBEs or WBEs) can have more access to help start, sustain and grow their businesses. We were able to develop a tech solution for city processes that were previously cumbersome and hard to get through. It was difficult for small businesses to do this process while simultaneously wearing the many hats required to run their business. In response, we helped to create a small business team which now has a team of 5 people dedicated to helping small business owners manage the city process. Now that we’ve established this small business team, we’ve been able to address some of the other concerns that we know this population of our city is concerned with.

We’ve also been able to expand access to capital which took about two years. We worked tirelessly to change policies related to how people in the community are able to access capital. The city had a program that offered 2% rate interest loans for small businesses, but to qualify, MBEs must first be able to qualify for a loan from a “traditional lender,” which we know is a barrier for many people. We couldn’t change the system in the city, so we, Jim Terrell and myself, decided to create our own financial institution Fortis Capital, to meet the needs of the community that we had worked with for so long and promised to help. I approached the Living Cities Blended Catalyst Fund about establishing a loan fund that could circumvent this barrier. The idea was conceived to blend public and private capacities for this purpose, and we even partnered with banks because by pushing funding through our loan fund as equity equivalent (EQ2) investors, it would fulfill investment and lending tests required to receive Community Reinvestment Act (CRA) tax credits. So now, we can act as traditional lenders and extend small business owners the loans they need, while also helping them qualify for the city’s 2% loan program which has been very hard to access for small business owners that are minorities.

What advice would you have for other public servants/community organizers in this work?

The following is a quote from the Great James Baldwin “Those who say it can’t be done are usually interrupted by others doing it”. Be a doer otherwise you have no right to call yourselves public servants or an organizer of any sort.