As part of our series highlighting alumni of Living Cities’ programs, we spoke with Dr. Lomax R. Campbell, who currently serves as the Director of the Mayor's Office of Community Wealth Building in the City of Rochester. Lomax worked with Living Cities during our fifth City Accelerator cohort. We reflected on his experience in that role, how his work with Living Cities impacted it, and how Rochester is embedding equity across systems. 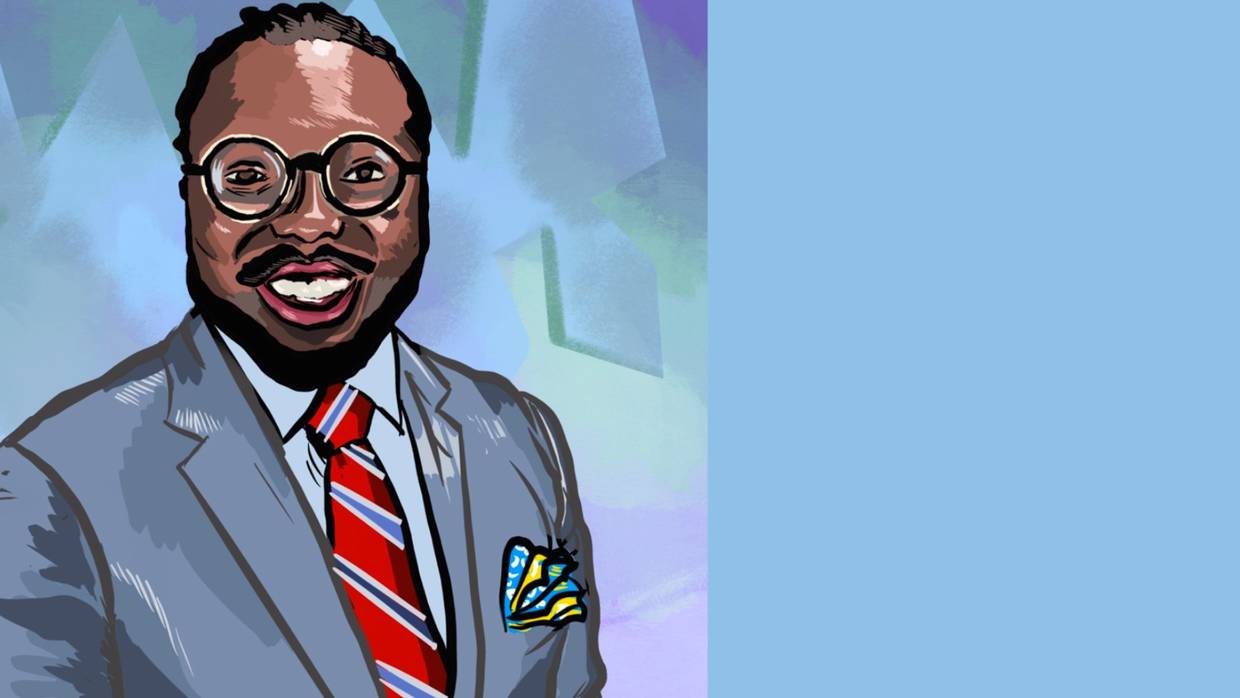 “I’ve grown into my City Hall role with Living Cities by my side,” Lomax shared. According to him an Office of Community Wealth Building, isn’t common in city government. “What we are doing in Rochester is doing something that is counter-cultural to the system,” he reflected.

As we delved into the impact the City Accelerator has had on his work, Lomax shared the ways in which the cohort’s “amazing program and experience,” as he put it, helped him grow into his position of director and build a progressive office in City Hall. In his role, Lomax is responsible for collaborating with a diverse array of community partners to build an entrepreneurial ecosystem that fosters communal wealth and helps Rochester’s citizens thrive. Just days after his first day on the job, a large part of that role became to participate in the City Accelerator: Local Business Starts and Growth cohort.

In reflection of how Rochester’s racial equity journey has shifted after their participation in City Accelerator, Lomax described Living Cities’ role as “notably impactful.” He shared several examples of how his relationships with partners in the field have evolved post-City Accelerator and how racial equity has been embedded into his outcomes; a few of his anecdotes, shared below, stood out to me.

After attending the People’s Institute for Survival and Beyond’s (PISAB) Undoing Racism® Community Organizing workshop as part of City Accelerator, Rochester has gone on to partner more deeply with the folks at PISAB. They have been building their own personal relationship with the organization and have been able to fund and host three more Undoing Racism® workshops in their city. “Our partnership with PISAB has grown enough that we’ve created a chapter of PISAB [Western New York Undoing Racism® Alumni Network] here, in the City of Rochester,” he shared. The impact from Undoing Racism® led Rochester to add a budget item in their office to continue to deepen their equity lens. “Our vision is to systematize this training across the City of Rochester so all city leaders will be required to undergo this training,” Lomax shared.

The intentionality and excitement Lomax evidently has for this work energized me. His eagerness to grow Rochester’s Undoing Racism® Alumni Network to, “bring more heart, hands, and minds together,” as he stated is exactly what we at Living Cities, aim to achieve. We speak so much about how important common language is in this work and believe deeply that PISAB’s Undoing Racism® training provides a framing that can help connect city leaders to the framework that is required to undo structural and systemic racism. To see alumni of our programs, like Lomax, take in the tools and resources we share and continue to share this wisdom with his network is exactly the kind of action we’re hoping folks will continue to take. Lomax’s personal connection to this work jumped out to me in particular. He shared about how he’d even gone down to visit New Orleans, where PISAB is headquartered, with his wife; together they toured the city, and shared time with some of the PISAB organizers that we work closely with like Dr. Kimberly Richards. He even paid a visit to some of her top recommended New Orleans attractions like Studio Be, a collaboration with over 40 artists who created pieces that spoke to the racial violence that had led to the site’s unoccupied state.

With initial funding that came out of the City Accelerator initiative, Rochester was able to match funding they’d received from other entities. They are now able to cover three years of funding for vital regional data consolidation resources powered by SourceLink®—locally being branded Nexus I90—which helps local governments with job creation through entrepreneurship-led economic development systems (including a resource navigator, small business hotline, a central events calendar, and customer relationship management system) for ecosystem builders. Lomax went on to share one of the many ways that Rochester is embedding equity into their processes, “We are working to standardize the Undoing Racism® training by embedding it as a requirement for organizations who wish to be listed in our SourceLink,” he shared. We are excited to see the ways in which folks who hold power, like Lomax, are leveraging it strategically to think about how they can institutionalize fundamental racial equity training in this way.

As we work to build a future network, similar to City Accelerator, that will convene a community of folks, like Lomax, who are agents of change within city government to build competencies and better understand how to leverage their power to shift systemic inequities; we are eager to hear from Lomax and his peers about what we, and other funding organizations, should do to support city government toward a more transformational way of working. Lomax responded candidly, “We’re trying to shift entire cultures of multiple organizations across communities—that requires trust.” “To do so,” he says, “we must build community trust and show that progress is happening toward community goals versus giving lip service.” He shared his own stories of noting a difference in energy within the City Council when they share initiatives being funded by the government (i.e., taxpayer dollars) versus initiatives being funded by external funders, like Living Cities. “When they think city dollars are being used, politics can come into play; but if it’s externally funded, they are generally more amenable to giving support.” He went on to share that nimble initiatives that can show progress within a short period of time can build or restore trust.

According to Lomax, “the explicit information sharing across city governments was one of the most impactful pieces of the City Accelerator.” He shared that prior to connecting with folks from the city of Atlanta at a City Accelerator hosted Undoing Racism®, they hadn’t known about tools like Atlanta’s Community Engagement Playbook . Now that Rochester has found the tool, they will adapt it and include it as part of their leadership development efforts to further normalize centering community/equity in leadership decision-making.

As Lomax remembered what it meant and felt like to be “in community” with folks doing similar work to him during City Accelerator, the word “ubuntu” came to his mind. “Ubuntu” as he explained it, was used to emphasize the compassion, humanity, and connectivity that is required to do racial equity work. “It takes a village,” he said. I deeply understood that connection as someone who subscribes to the idea that racial equity work must be collective and collaborative to shift the systemic oppression that lives and grows within the groundwater of our nation’s roots. “One thing we’ve quickly learned is that there isn’t a big space in terms of racial equity work,” he emphasized in relation to the reality that many of the people doing “the real work” know each other.

Although the coalition of those who are willing to authentically push for racial equity is currently small, we can grow it if we continue to build off of the work that folks like Lomax are doing and build a collective that is sharing information and aligning strategies to create a systemic shift toward equity and inclusion. 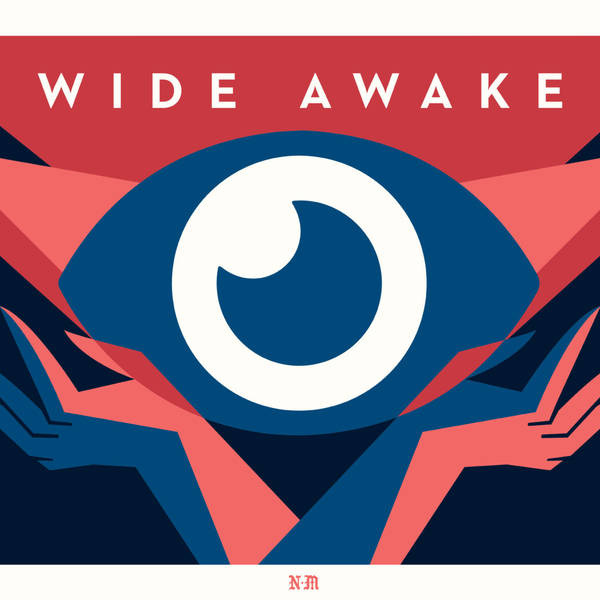 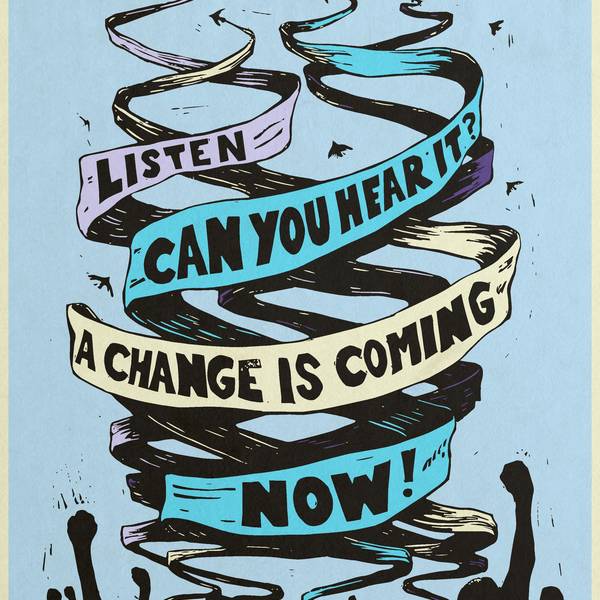