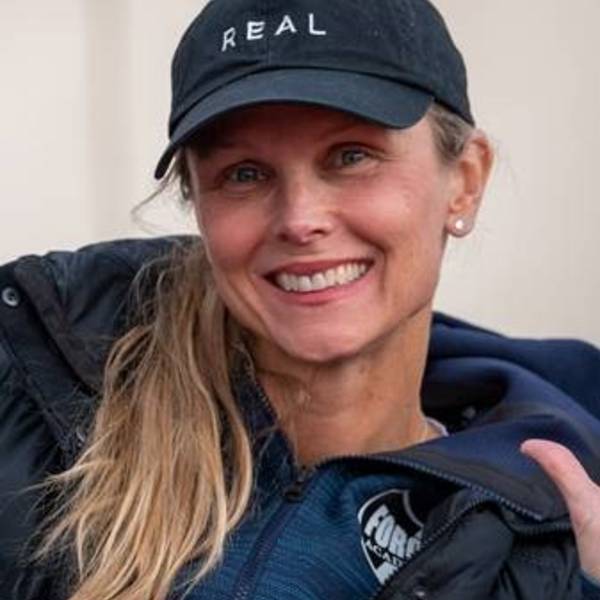 When reparations discussions began to make big news, I didn’t need to understand what, exactly, was being proposed in order to know in my bones that they were due. The ways in which wealth was built on the backs of Black folks but kept well out of their hands was something my body carried and knew. Then, I knew it vaguely. Now, I know it intimately.

In the summer of 2019, as Ta Nahesi Coates testified to the House of Representatives and our nation finally entered into semi-serious discussions about reparations for Black Americans, I made contact with the great-great-great-grandson of a man, Zeike Quarterman, who my great-great-great-grandfather, George Adam Keller, had enslaved. In a single email exchange with Randy Quarterman, whom Google allowed me to find and whose generosity and openness allowed me to investigate this issue, I was stunned to learn that Zeike Quarterman’s descendants still owned ten acres of land given to him by George Adam Keller after Sherman’s Field Order No. 15, in 1865, just outside of Savannah, Georgia. I also learned that although the Quartermans had been paying taxes on the land all along and no one disputed that they owned it, they had been denied access to it for decades by surrounding landowners and were unable to get help in obtaining access from the county. Now, the Quartermans were losing an acre of their land to the county for a parkway by eminent domain. How much more would the county take? What does it mean if we allow land reparations given to descendants of formerly enslaved people, back in 1865, to be taken away in 2019? What does it mean if, further, that family is underpaid? The county offered the Quartermans $2,500 for the parkway acre. The fair market value for the land is $10,000 an acre. The county claimed the Quartermans would need to produce a “clear title” to receive the fair market price. But, like all heirs’ property, it sits under a “cloud title.”

In July, I had no idea that the Quarterman family existed. In August, Randy and I began speaking daily about how to save the land, about which individuals might have locked them out of the land and why the county hadn’t been helpful, and about what I could do to make some small amends on behalf of my family. I began with an apology. Although Randy and I both understood I was not personally guilty of an offense, I could still apologize sincerely for what people I was related to had done to people Randy was related to, and this apology could happen despite the fact that positive things had happened between the families too. The Keller family is huge and multi-branched and each member is, of course, an individual. Kellers and Quartermans had been co-workers and employers and neighbors in later years, and the Quartermans had built their current home on nearby land they bought at what appears to be a fair price from a Keller. We both understood that none of those things negated the things I apologized for. I also understood that an apology was not enough: I could do more. I began by offering the one document I had that included their family: an 1880 census that showed Zeike Quarterman living on the land between two different Keller families, and that listed Zeike’s children. 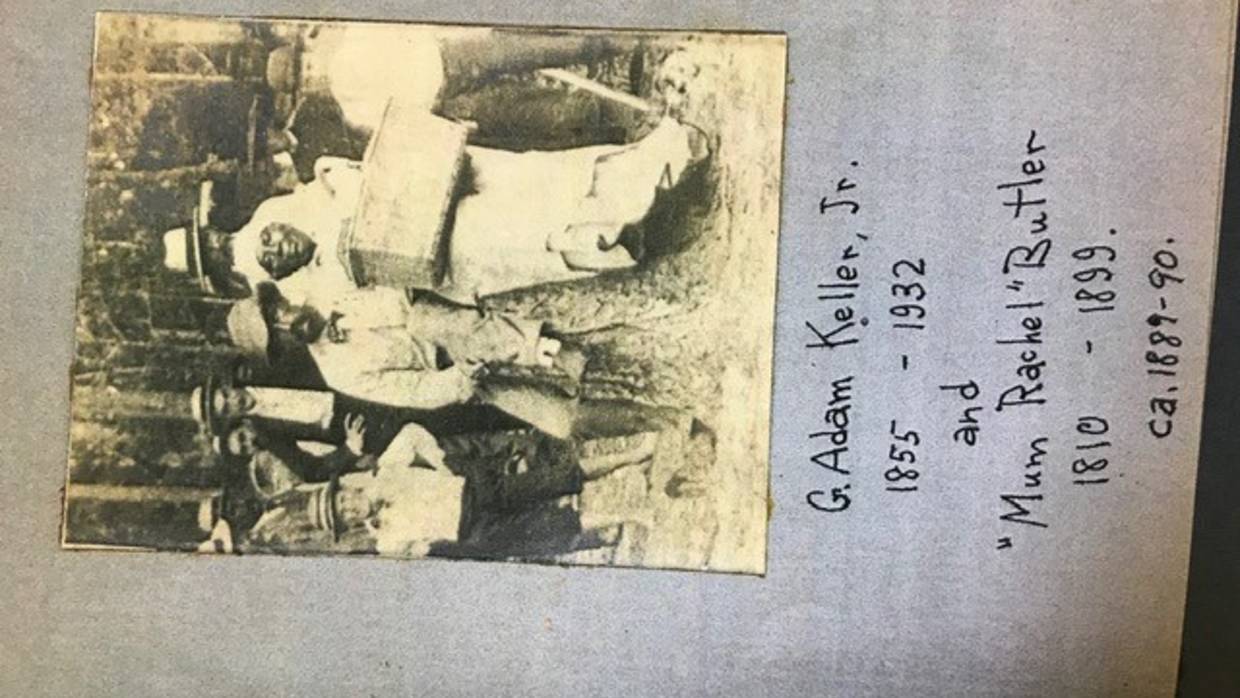 George Adam Keller Jr. never enslaved Rachel but grew up with her after his father had enslaved her and she’d been freed.

In September, Randy and I each asked family members to tell stories and share information, requested documents from the Chatham County Courthouse and the Georgia Historical Society, did a lot of Googling of online databases, and combed through boxes and boxes of collected data. We communicated daily. In this search I found many more ways that I could help make reparations beyond with the Quarterman family, though I would begin there. Where could I help redirect scholarship funds created by family members with money made on plantation land, toward the Black community? Where could I acknowledge the past and tell the complicated true story of Black and white, good and bad, to help others understand? How would what I learned influence where I spend my money, where I give my money, how I feel about the land I personally own, and what I insist upon in our public school system and political system—where could I use whatever power I have to fight for Black wealth equity including Black ownership of American land? I should note here that this effort is not mutually exclusive to acknowledging the loss of Indigenous peoples’ land too.

In October, I will fly to Savannah to meet Randy Quarterman and members of the Quarterman family at their home in Port Wentworth, Georgia. I’m bringing my mother, and a local Keller cousin, both of whom support this effort, to see what more we can find. The Quartermans want to tell us the story of being denied access to the land in person. I don’t know who they will name. My beloved grandmother had once owned a tract of land that lies directly next to the Quarterman’s heirs’ property. Yes, I’m nervous about what I will hear. I’m going anyway. While I’m in the area, I will stay in our family home on Hilton Head Island, a conflicted story of its own.

I am a born and bred Californian. But every year of my life since I was born in 1971, I have visited the South Carolina sea island called Hilton Head, where my grandmother bought a small amount of land in the 1950’s, and the area surrounding Savannah, Georgia, where my mother, grandmother, great-grandmother, and great-great-grandmother, all named Harriet Keller (due in equal parts to tradition and first-cousin inbreeding) and their parents and grandparents and great-grandparents Keller had grown up. Since the 1790’s, Keller plantations—Salem, Coldbrook, Drakies—had lined the Savannah River and the rural inland of nearby Port Wentworth and Monteith. But although I’d met my distant cousins who still lived on parts of that land at shrimp boils and family reunions, and had seen old photographs of the buildings on Coldbrook in disrepair after the Civil War, and although I vaguely knew my long-dead ancestors had enslaved people, and had always felt a sort of useless rage and paralyzing shame about that, what I knew of the south was mostly my loving, progressive, public school-teaching grandparents who championed Jimmy Carter and were in frequent fellowship with Black folks at the Savannah Baptist Center. What I knew was being taken to that church and listening to hallelujahs, and eating potluck suppers in the basement or at Bob’s Big Boy after worship. What I knew most—where we most often stayed—was the sea breeze and ocean water on Hilton Head Island. I knew the salt on my face and sand in my suit from swimming all day, and then sweating in the cinder block beach house a few rows back with no AC.

I knew my grandparents loved me. But I didn’t really understand how much land had been owned by my ancestors, or how many human beings had been enslaved by them, or what kind of trauma and shame we all carried, until well into my adulthood. I didn’t know about the native Gullah people, descendants of enslaved people on Hilton Head Island, who were losing their land, acre by acre, to white developers as I swam and sweat and ate. Having bought land on Hilton Head from a developer doesn’t make my grandmother a bad person any more than it makes me a bad person for buying a home in California on land that was once Indigenous, then developed. It makes the places I call home more conflicted for me. It means questioning who owns what and why. It means asking really tough questions and hearing the answers. It means being white.

In November, thanks to my friend Nadia Owusu and her organization Living Cities, Randy Quarterman and I will fly to New York City to tell our families’ stories at the Living Cities board meeting. The Living Cities board includes the presidents and senior executives of some of the largest foundations and banks in the world, including the Ford Foundation, the Rockefeller Foundation, Wells Fargo, Prudential, and The Bill and Melinda Gates Foundation. If I can personally do something about reparations, then what can they do? What can we all do: people, families, institutions, and communities?