Author’s note: We are resurfacing this piece in recognition of Martin Luther King Jr. Day, 2019. In this difficult political moment, Dr. King’s words about racial and economic justice are as relevant and powerful as ever. With more than 800,000 federal workers out of work due to a government shutdown, communities of color and POC-owned businesses are feeling a negative and disproportionate impact. I’m reminded of Dr. King’s insistence in his Letter From a Birmingham Jail: “Oppressed people cannot remain oppressed forever.” We must commit to this vision and work to win economic justice for the new majority in this nation.

Many people mistakenly remember Dr. Martin Luther King, Jr. only for passive resistance. But there is a difference between nonviolent and passive. When he was assassinated on this day 50 years ago, Dr. King had traveled to Memphis to advance racial economic justice—a specific outcome for an oppressed and overlooked demographic. This mere fact is great evidence of the evolution he had made toward the end of his life. Racial economic justice, as has been shown throughout human history, does not allow space for passivity when massive change is needed. Dr. King was prepared to fight for racial economic justice.

For us as a racialized country, this whitewashing of Dr. King’s legacy is convenient, and it provides a form of comfort for those in power. Seeing Dr. King as a champion for non-violent resistance in the name of “equality” as a broad construct is palatable to a wide array of audiences. In actuality, his popularity was under attack toward the end of his life. What we likely would have seen Dr. King dedicate himself to had he survived is essentially a form of proletariat uprising not unlike those seen before in the span of modern history, as in France or Russia or even Shays’ Rebellion. And that’s hardly passive.

This is because as his life went on, Dr. King was working for something more than equality; he was pushing for equity. What’s the difference?

Take the canonical math problem: Train A leaves the station at 12:00 and Train B leaves at 12:30, traveling at the same (“equal”) speed. When will Train B catch up to Train A? Never.

Now, have Train A leave the station at noon and Train B leave 228 years later and at a much slower speed, and you have the ongoing inequality in wealth between Blacks and Whites in America. Without achieving “equitable” speed, the only time Train B will see Train A again is when Train A has lapped it. 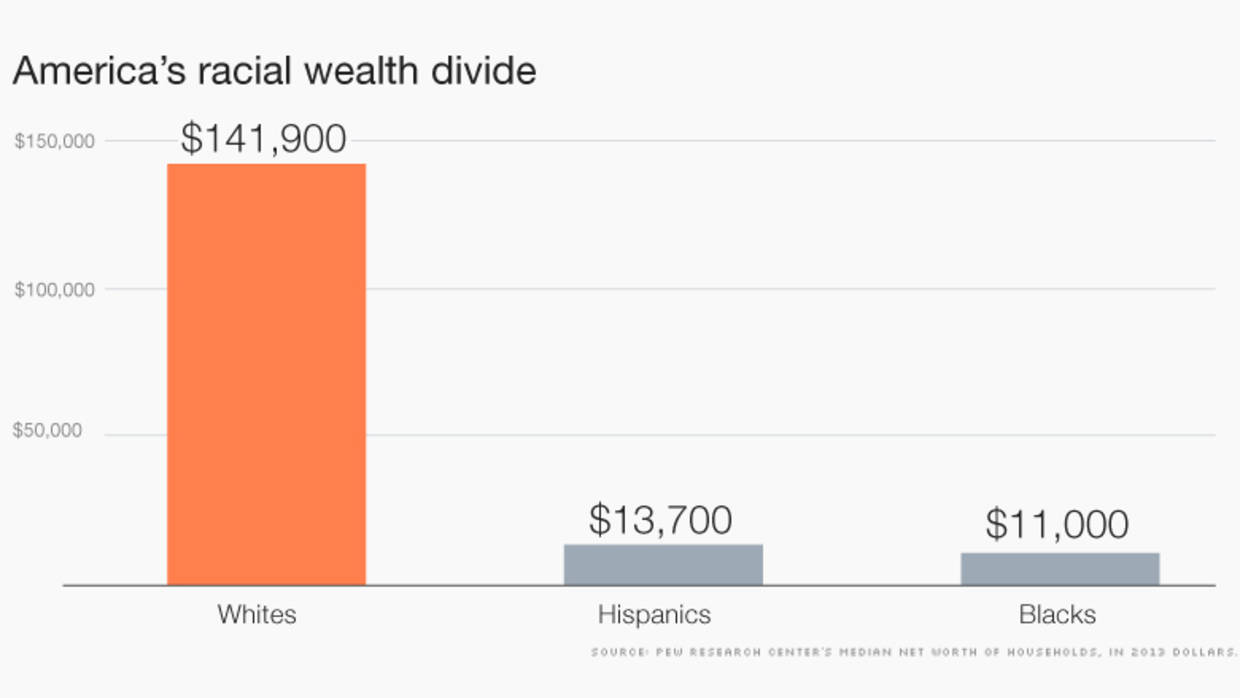 This graph from the Pew Research Center shows the median net worth of White, Hispanic, and Black households in 2013 dollars.

Equality, having the same means (or speed), is not enough. Allowing different folks opportunity or access to the same things is merely a first step. Advancing equity means engaging in something: pushing actively and ceaselessly for those historically left behind, working harder on their behalf, and rewarding them more highly to make up for the lost time that represents the pervasive role of systemic racism in our country.

If we really honor his full legacy, we cannot ignore that the route Dr. King was taking was an active one, and one that would be riddled with great risk. His death was a bellwether that allowed for many people to forget that he was advancing then the same racial economic justice work that people are working for now.

The measurable outcomes to which we are held accountable in The Integration Initiative (TII) mean that we can’t be passive in achieving our goals. Everything we do is about measurable shared results based on data-driven decisions that advance progress for people of color. And the collective approach we take to the work brings all voices to the table working in alignment toward very specific results for people of color.

We held our most recent meeting with TII city leaders at the National Civil Rights Museum in Memphis, at the site where Dr. King gave his life to his work. Our conversations in that sacred space brought to the forefront how we are trying to craft our approach to this work in response to what Dr. King was holding up when he died. We like to believe that, in some way, we ourselves are part of a community that is taking up the anvil. And in doing so, we must always consider what we are really willing to risk to see progress, to push the line.

The Risk of Resistance

If we are working toward true equity for people of color in America and aren’t taking risks, we’re quite likely not pushing hard enough for progress. What is our commitment? Dr. King and many like him literally gave their lives.

Today, in this work, there is significant discomfort around addressing race as it relates to socioeconomic outcomes. As an African-American professional, specifically of a certain age and a certain experience, I often run the risk of alienating some around me, based on their comfort levels, by outrightly naming the role of race in this work and in the creation of the systems we are fighting to undo. The question becomes how to balance the comfort of those around me with the progress we so badly want to see. When am I willing to push people to understand these dynamics? What is the pace at which we can then, individually and collectively, push for change without being silenced? How do we push toward a risk where we are contributing maximally?

In driving toward that line, we always run the risk of attack—of being silenced—much like Dr. King and others before us were. If in this work we are ever silenced, how do we, like Dr. King, do it as “loudly” as we possibly can so that our present work will stand as yet another beacon for those who will continue the fight down this stony road to equity and justice? It is not over.

The title of this piece comes from the second verse of “Lift Every Voice and Sing,” known as the “Negro National Anthem” and based on a poem by James Weldon Johnson.