#BensTake: Making Order Out of Chaos

#BensTake: Making Order Out of Chaos

The municipal innovation movement has taken hold in cities across the country. But the field has reached a turning point, one that calls for a new approach to maintain a decade of progress.

A little over a decade ago, when the word “innovation” was beginning to buzz around city halls, it wasn’t clear whether a movement toward more data-driven, innovative local government would gain much traction. Nor was it certain to make a tangible difference in people’s lives. Today, the answer to those questions appears to be a resounding “yes.”

The fuel has been a growing recognition of the central role that local government can play as a force for positive social change. Far from simply collecting taxes and filling potholes, city government influences residents’ lives daily. It’s the first line of defense for combatting today’s most pressing challenges: spurring economic development, investing in much-needed infrastructure, maintaining affordable housing, and combating toxic levels of inequality, to name a few.

Organizations like mine–ones that are impatient for better economic outcomes for low-income people–can’t afford to pick and choose which sectors we engage with. We must recruit all actors in a system to align with our work. High on that list is local government.

“We can’t afford to pick and choose which sectors to engage with…High on that list is local government.”

This type of collaboration was top of mind for me when I first met Steven Goldsmith a little over ten years ago. Each year, Goldsmith—former Mayor of Indianapolis and now the Director of the Innovations in America Program at Harvard’s Ash Center, part of the Kennedy School of Government—and his colleagues recognized leading examples of creative problem solving in city and state government. In fact, they had been administering an award since 1985. Intrigued, I asked if award-winning cities were adopting others' best practices. Goldsmith’s answer was discouraging: cross-pollination of great ideas was rare.

That conversation sparked the formation of a partnership between my organization, Living Cities, and the Ash Center. Our Project on Municipal Innovation (PMI) brings together a network of mayoral chiefs of staff from all over the country twice a year to help city leaders learn from one another and accelerate the spread of promising practices. Three years ago, at the urging of these leaders and with the support of Citi Foundation, we created the City Accelerator, which enables smaller groups of cities to work closely together in-depth on a common issue over a concentrated period of time (not to exceed 18 months).

We’ve seen an almost insatiable demand over this time period. More cities are willing to experiment, more local leaders taking risks, and ultimately more municipalities are directing their attention and resources toward bright spots of innovation.

Examples are everywhere. There’s the Mayor’s Office of New Urban Mechanics—a civic research and development team in Boston founded with former Mayor Menino and grown under his successor. Bloomberg Philanthropies’ iTeams program, which began in five cities in 2012, has since spread to 20 around the world, bringing innovative capacity to city hall. In Denver, the PEAK Academy trains government employees at all levels to improve government operations day to day. 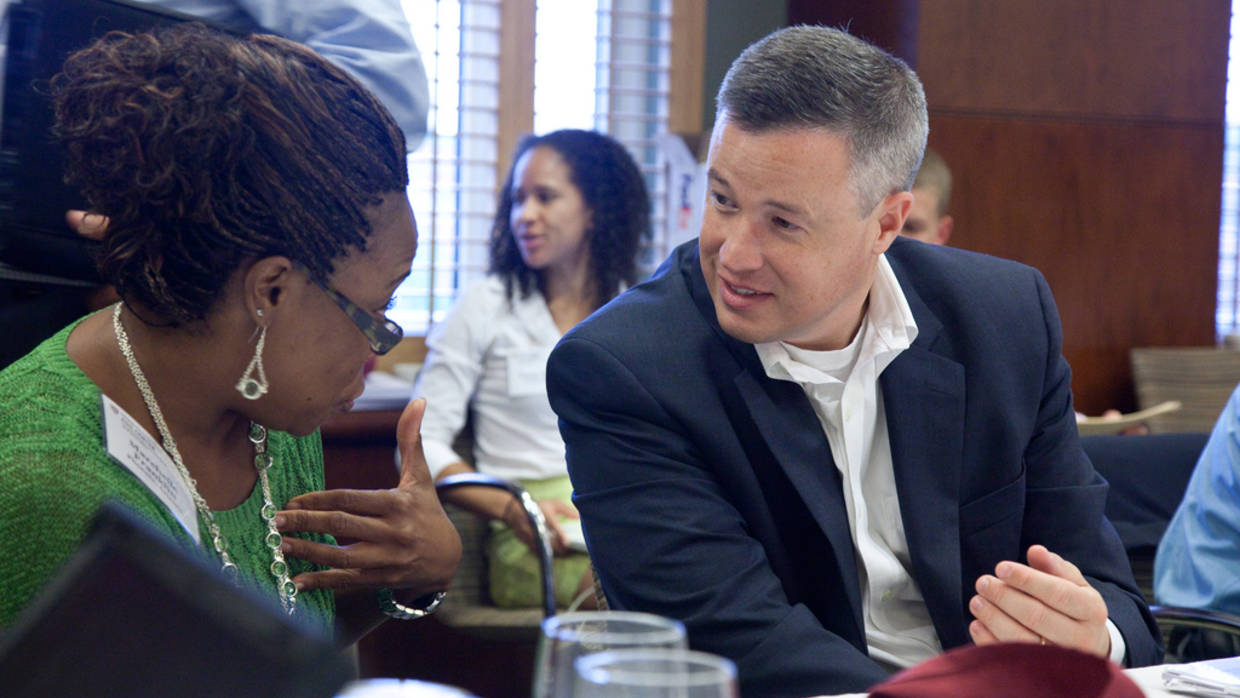 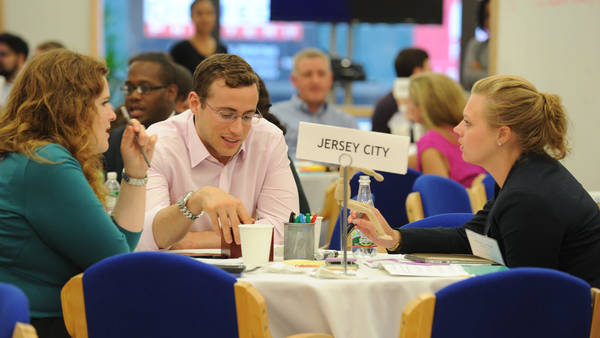 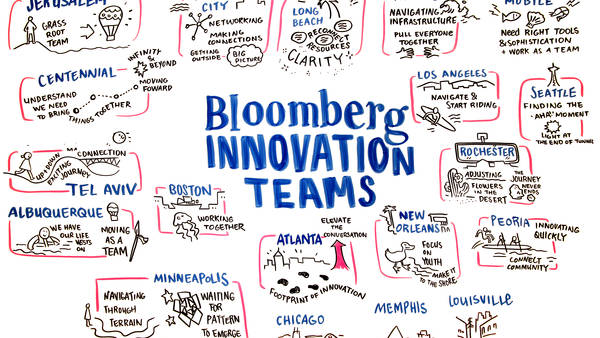 Philanthropy has also heavily invested in these competencies. In addition to the iTeams program, Bloomberg’s What Works Cities fellowship supports 100 mid-sized cities to accelerate their use of data and evidence to improve performance. Laura and John Arnold Foundation’s partnership with Results for America created a year-long fellowship program along the same lines, and has helped to build the burgeoning Pay for Success/Social Impact Bond field that marries social entrepreneurs with high-performing government. 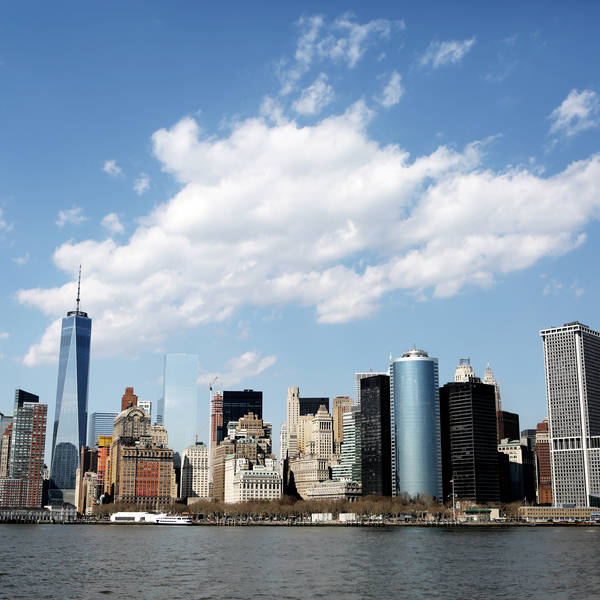 Our inaugural Equipt to Innovate Survey gave us insight into the state of municipal innovation across the country, and taught us a few lessons in the process.

More often than not, these initiatives are championed by passionate public sector leaders. This “new generation” of officials, many of whom came from the private sector, is committed to governing more efficiently and effectively, and leveraging innovation as a tool in that process. Among their ranks are people like Mayor Greg Fischer, who declared Louisville a “Compassionate City” and who is working to embed compassion in all aspects of service provision.

And events like CityLab’s annual conference, now in its fourth year, and Governing magazine’s Summit on Government Innovation and Performance have helped sustain the momentum. They’ve created space for conversations within city halls to percolate up to the national stage. The most recent Summit on Government Performance and Innovation—cohosted by Living Cities and Governing—attracted 400 attendees.

In this environment ripe with experimentation, we began hearing a different request from public sector leaders. Rather than asking for support for one-off projects or new ideas, they were asking for help in making sense out of a decade of disparate innovation, from the resultant “thousand points of light.” Put another way, after 10 years, could we glean a core set of principles that could guide local governments in becoming equipped to innovate?

“After ten years, could we glean a core set of principles that could guide local governments in becoming equipped to innovate?”

We took 18 months to explore how we might answer this call. Internally, we analyzed everything that we had seen, gathered feedback from our partners over the years, then pressure-tested our conclusions with an array of people in and outside of local government. That was the origin of the Equipt to Innovate framework, which sets out seven essential capacities that enable a city government to be high-performing and innovative.

We’ve come a long way, and we need to read the signs in order to maintain the momentum we’ve built. The uptake of the framework affirmed that we’ve entered a new phase in the development of the municipal innovation field. Making sense of lessons learned is today’s charge.

In my next post, I’ll outline what’s needed from the philanthropic, nonprofit sector to ensure that the movement toward high-performing government isn’t just a 10-year stint, but rather a sustainable “new normal.”