The Rise of Resident Leaders in Mockus’ Bogotá: How A Spirit of “Civic Culture” Complements the Equipt to Innovate Framework

The Rise of Resident Leaders in Mockus’ Bogotá: How A Spirit of “Civic Culture” Complements the Equipt to Innovate Framework

What we can learn from Antanas Mockus’ first term as Mayor of Bogotá about the importance of resident leadership and trust in local government for delivering better results to urban populations. 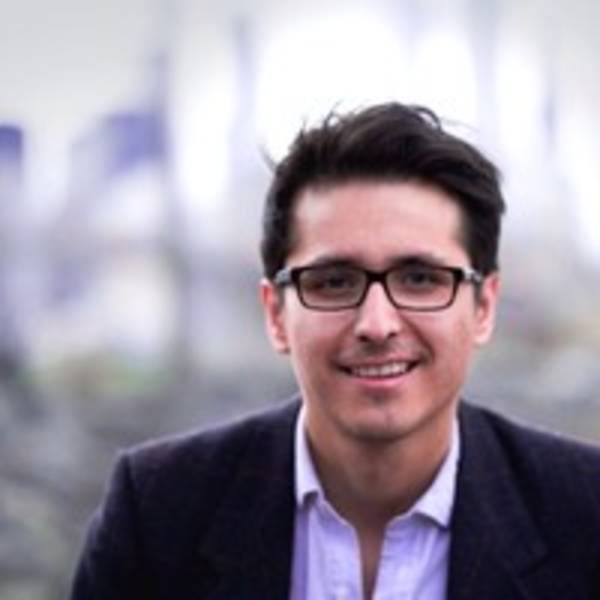 It was the year 1993 in rainy Bogotá and more than 1,000 students gathered at the National University’s main theater to attend the annual Student Association Committee meeting. On stage, professors, researchers and school representatives occupied a long table, creating a physical separation between the University Administration and the student body. The ceremony was taking place in the middle of social turmoil, with increasingly radicalized liberal associations verbally attacking all forms of “establishment” in sight. When the President of the University, a bearded man in his early forties sporting a suit and a bowl cut, approached the podium, the masked audience roared frenetically.

For fifteen minutes, the President looked at the rowdy students hopelessly. Finally, in a matter of seconds, he turned his back on the audience and pulled down his pants in a sudden movement. The stage reflectors intensified the paleness of his bony legs and, for a moment, their light uncovered the astonished frowns of a thousand quiet students. Two days after the incident, the president of the National University was forced to turn in his resignation and during his last interview in his former role, he stated “it was an act of causality: extreme repudiation can dissolve extreme circumstances, only through this principle was I able to appease the rowdy students.” This was the first time I heard about Antanas Mockus, a genius mathematician who held office as the Mayor of Bogotá, Colombia, for two terms from 1995 and 2001, and whose first administration is still considered amongst the most innovative in the region.

A few years after the mooning incident, when I was a fourth grade student, I noticed something peculiar start to happen to me: in a city where bending the rules was not only common but sometimes socially rewarded, I frequently caught myself dragging my parents toward the newly installed pedestrian (zebra) crossings, preventing my friends from cutting the cafeteria line, and—most concerning—obsessing about ending littering by using my pockets as receptacles for any and all wrappers that an eight-year-old had access to.

Later, I would understand that I was not the only one acting that way. In fact, I realized that I was part of the product of an intentional change in the civic language. According to Mockus’ vision for Bogotá, residents must be responsible for their own actions and deeply aware of the rights of the people around them. For him, the city was a seven-million-person classroom where meaningful innovations regarding regulation, morality and culture led residents to trust city institutions, while an organic sense of shared responsibility revealed the leader within each individual.

I realized that I was the product of an intentional change in the civic language.

The Bogotá I knew as a kid was a place where regular people had the power to lead by example and learn from others. It was a city that overcame extreme difficulties by embracing transformation from the ground-up and promoting innovative, collective actions that revitalized residents’ trust in their institutions. Today, thousands of miles away from my hometown, the seven elements of the Equipt to Innovate framework bring back memories of Antanas Mockus’ innovative legacy and make me wonder how to better use the notion of change to achieve dramatically better results for low-income people faster.

According to the Equipt to Innovate framework, a combination of key competencies confirm that a city is equipped to innovate, or that innovation is occurring in that city’s government. The framework contains seven elements as desirable outcomes that range from municipalities’ capacity to dynamically plan to their mechanisms for embedding racial equity in their everyday work. The elements, however, could benefit from Mockus’ understanding of change as a desirable outcome and an organic consequence of resident leadership.

Although the framework’s element on resident involvement highlights the need to generate mechanisms that go beyond traditional public outreach and promote policy co-creation, it could benefit from including residents’ capacity to embed innovation in their everyday behavior: to promote leadership and trust for generating a long-lasting appetite for change. Complementing this element is crucial, as shown by results from the Equipt to Innovate survey: 41 percent of cities are not using feedback mechanisms to notify residents when their ideas are being used and 40 percent of the surveyed municipalities believe their use of resident input could be improved. These feedback loops are essential for fostering trust in local government and solidifying grassroots leadership.

41% of cities do not notify residents when their ideas are used.

By intentionally mapping onto the spirit of “civic culture,” the Resident-Involved element could help cities reimagine public engagement and revitalize trust in local government. Mockus’ Bogotá is a tangible reminder of how the idea of uncovering the leader within dramatically increased the city’s odds of overcoming systemic fractures and, ultimately, led residents to shape a better version of their city.

Prior to Antanas Mockus’ first term as Mayor of Bogotá, the city was falling apart. The U.S State Department advised against any civilian travel, and it was declared as a no-go zone by several states from across the world. At first glance, Bogotá’s major problems were rampant violence, mobility issues and high crime rates. A couple of months into his term, however, Mockus realized that crime was a consequence of the residents’ disregard for the government’s institutions and a complete lack of self-regulation. The notion of “civic culture” emerged as a central strategy for his administration and was based on a profound respect for the city’s spaces, resources and citizens. At its core, this idea comprised a set of competencies intended to help residents recognize their fundamental duties while defusing violence by extracting the message or idea that originated the need for causing physical harm.

Crime was a consequence of the residents’ disregard for the government’s institutions and a complete lack of self-regulation.

Through innovative, flip-the-script-type initiatives, Antanas Mockus aimed at facilitating urban coexistence, hardwiring everyday leadership and increasing residents’ trust in their elected officials. For four years, Bogotanos like my younger self were constant participants of Mockus’ collective actions and witnessed first-hand the rise of a new urban practice.

Citizen leadership was constantly exercised by the administration through strategies like “Knights of the Zebra,” an initiative intended to promote a behavioral change in cab drivers by publicly rewarding law-abiding drivers and defining four key principles: be cordial, charge fairly, avoid traffic jams, and drive safe. Similarly, by utilizing the symbology from soccer’s fouls and misconduct system (where red cards are shown to send players off the field after repeated aggressions/indiscipline), Mockus encouraged pedestrians and drivers to reward positive actions with white cards and openly condemn problematic traffic-related behaviors by flashing red cards.

In addition to a set of collective strategies aiming at initiating a behavioral shift around mobility and traffic-related violence, Antanas Mockus was convinced that citizenship was a deeply educational practice. For him, in order to lead urban transformations, residents had to first relearn how to peacefully coexist at the intersection of morality, regulation, and culture. The education aspect of his envisioned urban practices was what inspired Mockus to incarnate his famous “Super Citizen,” a red and yellow spandex-wearing resident-superhero that fought against corruption while sharing the main principles of “civic culture.” As a result of these collective actions, Mockus not only helped reduce Bogotá’s homicide rate from 82 to 35 per 100,000 residents and alleviate its chaotic mobility, but also equipped the city with the leadership and trust needed to embed an appetite for change amongst residents.

Cities considered “equipped to innovate” should exercise a combination of the seven key competencies highlighted by the Equipt to Innovate framework. They should leverage their uniquely qualified positions to break out from business as usual and promote meaningful transformations. But government innovation is most powerful and implementable when there is a tangible appetite for change in residents, and a strong culture of embracing new urban practices. The case of Antanas Mockus’ first term as Mayor of Bogotá is one such example that traditional government innovation is only one piece of the puzzle, and that resident leadership and trust in local government are crucial elements when working to deliver better results to the urban population.

In many ways, I am still that eight-year-old kid, ending littering one wrapping paper at a time. I still recognize the importance of being an active part of a functioning whole while trusting other residents. It only took Antanas Mockus four years to generate a life-long behavioral change in Bogotanos like me, so I am convinced that a combination of Living Cities’ 25 years of experience partnering with hundreds of cities and a revitalized spirit of “civic culture” could help local leaders rethink what really makes American cities equipped to innovate.

Santiago is a Colombian urban planner fascinated by how government insights can be transformed into meaningful and implementable change for vulnerable urban populations. 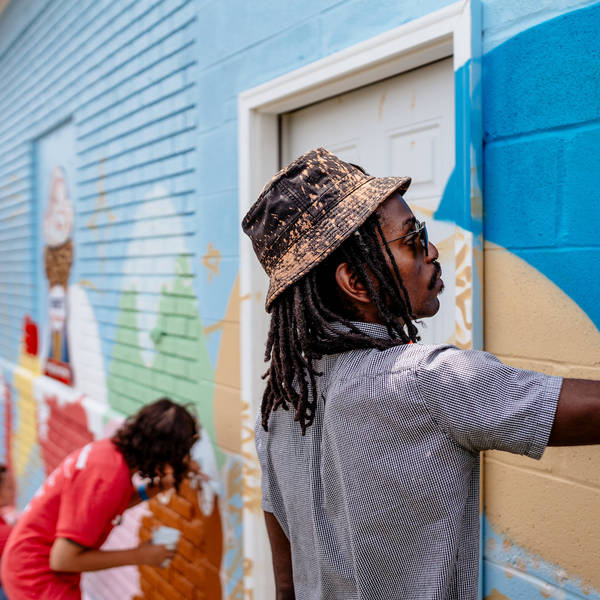