Persistent inequities in funding decisions disproportionately bar women and people of color from launching start-ups. But these entrepreneurs are key both for solving problems in their own communities and turning the tide on our declining start-up rates.

I hadn’t heard of surimi before I met Lula Luu, founder and owner of FIn Gourmet Foods, at a recent gathering on entrepreneurship hosted by the Kauffman Foundation. Surimi, the processed fish paste and a staple of Asian cuisine is “basically the ketchup of Asian American households,” as Luu puts it. So if you had asked me a few months ago whether the surimi market was one that was primed for innovation, I would likely have said “no.” Or—perhaps more accurately—“I have no idea.”

Yet as it turns out, I would’ve been dead wrong. Five years ago Lula Luu and her business partner John Crilly developed an entirely new process for producing the paste using a different type of fish, which has since become the cornerstone of their company, FIn Gourmet. Today, the company employs 17 people, has its own processing plant and sells sustainable, locally-sourced fish products to restaurants all across the country.

An academic in her former life, Luu was conducting research in New Orleans when the Gulf of Mexico oil spill occurred in 2010. Watching the devastation of the coastal fishing industry in the wake of the spill, she thought about the untapped economic potential of the region’s inland waterways. The problem was that freshwater fish isn’t usually marketable. Then her mind went to surimi, a childhood staple.

Eight months of experimentation and two patents later, Luu and her partner had a natural and delicious surimi product. Luu knew that she had hit on something big, particularly for Asian Americans seeking an environmentally-friendly, naturally processed version of the cooking staple.

But getting her product to market was another thing. One of the biggest challenges was securing capital to make the investments—in staff, warehouse space, manufacturing equipment and more—that would be necessary to get off the ground. “Not a lot of doors open to minority- and women-owned businesses, particularly in a rural area,” Luu explains.

Her experience is not unique. In our country today, it is hard to get capital of any kind, whether equity or debt, if you are a person of color or a woman. On the balance sheets of venture capital firms in the US, minority-owned firms only account for a paltry 5% of the funding. Less than 3% of all companies that received venture funding last year had women CEOs. The story is the same for debt. After controlling for education, credit score, experience, number of owners and firm age, firms owned by people of color on average received loan amounts 35% lower than those offered to White-owned firms. Women-owned firms–White and of color—are 33% less likely to receive loan approvals, according to a 2016 study.

5% of all venture capital funding goes to minority-owned firms.

A big part of the reason has to do with who is making the decisions. Men—the vast majority of them White men—account for over 95% of partners at venture capital firms.

This isn’t just a moral issue. It’s an economic issue as well. The point is, there’s a steep economic cost to a lack of diversity at these decision-making tables. It comes in the form of missed opportunities. In a climate where business creation has suffered a long-term decline, we can’t afford to overlook what may be tomorrow’s high-growth companies. But if those holding the purse strings to critical venture capital or serving as gatekeepers to networks and resources overwhelmingly come from similar cultural backgrounds, it begs the question: how many companies never get off the ground because decision-makers don’t recognize the potential value of a new idea? If you don’t understand a problem, it’s that much harder to effectively evaluate the merits of a solution.

“[H]ow many companies never get off the ground because decision-makers don’t recognize the potential value of a new idea?

Without the ability to draw on diverse experiences and cultural competencies, those of us supporting entrepreneurs—particularly at early stages—won’t always know a good investment when we see one. We’re leaving money—and jobs—on the table.

Funds That Are Changing the Stats

Kesha Cash knows something about this. Cash is the African American founder of Impact America Fund (IAF), a venture fund that invests in potential high-growth businesses that benefit underserved communities. Of the seven companies in their portfolio, most are headed by people of color, and all provide goods and services that specifically meet needs of low-to-moderate income communities.

“Oftentimes investors are blind to the multi-million and even billion dollar ideas that exist in our communities,” Cash explained at our 25th Anniversary event last September. Take Mayvenn, for example—one of the companies IAF invested in. The e-commerce platform allows independent hairstylists to sell products directly, helping them to generate more revenue. With 50 employees, Mayvenn is just one example of lucrative innovation in the business of Black haircare—an industry that’s been valued at an estimated $500 billion.

“Blacks and Latinos account for over $2 trillion of purchasing power annually,” said Cash, “which means there are large market opportunities and innovation within these communities.” But without providing access to capital, resources and a robust ecosystem for would-be entrepreneurs, Cash argues, we inevitably miss out on huge value. What’s more, that increased economic activity would be concentrated in the communities most in need of those gains.

Retail giant Target recognizes the synergy of growing businesses that solve problems for traditionally underserved markets. Those products could end up on Target’s shelves, helping the company to better reach customers whose needs they’re not currently meeting.

In the first post of a two-part series, Impact America Fund Founder Kesha Cash targets the current entrepreneurial ecosystem, outlining the issues that face entrepreneurs of color and discussing how … 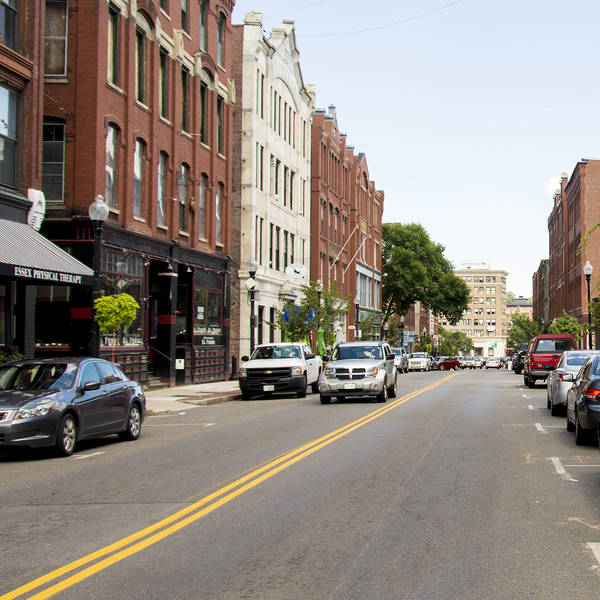 People of color face a host of unique hurdles to starting businesses. Targeted solutions across the country are ensuring that everyone can participate in the full extent of the promise of entrepreneu…

That was the impetus for Target Takeoff, a mini startup boot camp. The corporation has selected 10 businesses that they’ve deemed “accessible, affordable, inclusive and inspirational.” The founders will meet with mentors, undergo a crash course in retail and pitch their products to experts. The ten-company cohort includes brands like Iya Foods, which markets authentic African sauces, spices and other food products. And there’s Asiya, an activewear brand that sells hijabs designed to be worn during sports and physical activities, seeking to “level the playing field for Muslim females everywhere.”

Target is far from the only company that stands to gain from tapping into traditionally overlooked communities. Understanding problems that their customers are facing—and lifting up entrepreneurs who do—can result in innovations that could become tomorrow’s most successful companies. That translates into more revenue, more happy customers for the retailer, and more jobs and income that fuel our economy and benefit us all.

We can’t afford to undervalue cultural competency when it comes to turning the tide on start-up and business growth rates in America. For one thing, inequities in venture capital funding decision-making and start-up rates fly in the face of our national values. When venture capitalists and other funders systematically underinvest in women and entrepreneurs of color, our national identity as a “land of opportunity”—a place where good ideas and hard work win out no matter who you are—rings hollow.

There’s another less existential, urgent imperative as well. Kesha Cash articulated it back in September: “Not only does this inherent racism [in funding] result in unfair treatment of a group of American citizens, but it slows economic growth for all of us. Without a healthy economy, communities become less educated, less healthy, less wealthy and less able to escape poverty and all the things associated with it.”

Start-ups have always been our engines of job creation. As the country’s demographics change, we must ensure that everyone with a good idea and an entrepreneurial spirit—just like Lula Luu—is positioned to drive our continued economic vitality.