We know that owning a home creates wealth. And we know how to make homeownership a reality for millions more people. It's time to scale up what works in order to close the staggering racial wealth gap and increase financial security for all Americans.

In 1980, Self Help founder Martin Eakes and his colleague Bonnie Wright held a bake sale in the town of Halifax, North Carolina. This “capital campaign” raised a whopping $77 to put toward launching their vision: a new credit union to increase economic vitality in their community by lending to underfunded entrepreneurs—namely, local women and people of color who were overwhelmingly rejected for loans by mainstream lenders. 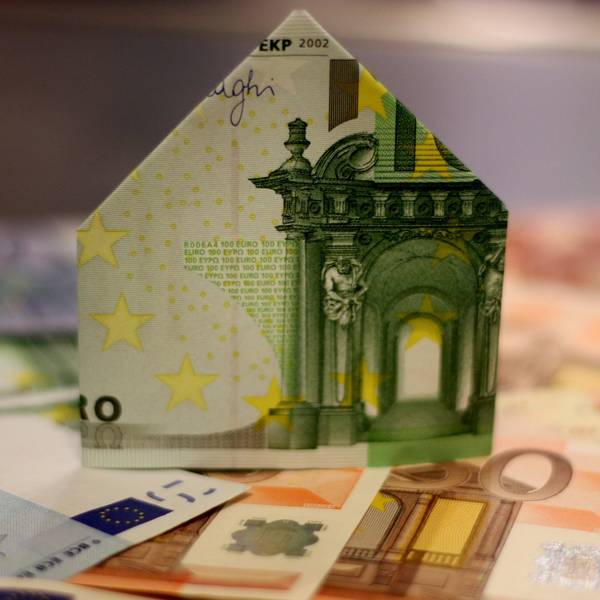 The wealth-building tool of homeownership must be accessible to more people if we hope to increase the financial security of low-income families and close the staggering racial wealth gap.

Today, some 30 years later, I frequently cite Self Help as one of the most encouraging leaders in the effort to make the dream of homeownership a reality for thousands of Americans who have historically been excluded. To date, they’ve leveraged over $4.5 billion in financing to turn low-income residents, especially people of color, into successful homeowners.

Their entrée into mortgage lending came after a few years of small-business lending, when Eakes and his team came across a mind-boggling statistic. “We discovered that black and Latino families had one-tenth the family wealth that white families had,” Eakes explained in an interview with the Mary Reynolds Babcock Foundation. “And that single fact, in my view, is perhaps the most unacceptable fact in the modern U.S. economy.” Eakes realized they couldn’t achieve their goals without pivoting their work to address this reality.

In my previous post on homeownership, I discussed the critical importance of wealth for helping families maintain stability through life’s inevitable financial ups and downs, and enabling them to invest in their futures. My claims aren’t out of left field; these dynamics are widely understood and accepted. So it’s all the more troubling that, despite this knowledge, the staggering racial wealth disparity that Eakes uncovered isn’t just a disturbing quirk of North Carolina. It exists at a national scale, and it’s continuing to worsen.

There are countless ways to slice it. For example, for every $15 of wealth held by the typical white family, a typical black family has just $1. For Latino families, the ratio is about $13 to $1. Then there’s fact that black and Latino two-parent families have less wealth than white single parents. Or that black and Latino students must not only graduate high school but also college to attain the same wealth of white high school dropouts.

Pick your statistic, but the bottom line is that wealth disparities in our country are colossal, and (moral implications aside) ultimately toxic for our economy. There’s more than enough research and analysis from all angles to give us a clear understanding of the problem. What we’re missing is serious investment in solutions.

The good news is that we know what needs to be done. Thomas Shapiro of the Institute on Assets and Social Policy has been behind some of the most comprehensive research around wealth disparities. He and his colleagues identified five “fundamental factors” that create gaps, including family income, education, inheritance and employment stability. Their analysis showed that one factor consistently plays an outsized impact. It shouldn’t come as any surprise at this point: it’s homeownership.

The past is not past

Gaps in homeownership rates didn’t crop up overnight, nor did they arise without policies and practices that allowed them to flourish. Redlining, for example, wasn’t banned on the books until 1968. When we’re talking about wealth accumulation, the useful unit of measure for time is generations. That was less than 50 years ago.

Yet even with overt practices like redlining officially outlawed, people of color and low-income borrowers have still been disproportionately steered toward loans of lower value and with higher (or often exploding) interest rates. All things being equal financially, in the years leading up to the financial crisis, people of color were about 30% more likely to receive higher-rate subprime loans than their white counterparts.

Since the meltdown in 2008, banks and mortgage lenders have clamped down even further on lending to low-income customers, or any borrowers deemed especially “high-risk.” In large part, this is justified by citing the destructive myth that banks’ obligations to lend to low-income borrowers—rather than irresponsible lending practices—were at the root of the financial crisis.

These disparities in rates of homeownership are not a product of chance but rather the result of policies and practices. But that means there’s hope that efforts can—and must—be taken to reverse the trend.

Across the country, there are programs that are already working to expand access to safe, affordable loans, such as Eakes’ Self Help mortgage program. The challenge is to scale up and spread these solutions to more places to reach the millions of Americans who are still cut off from the opportunity to own a home.

The solutions that I think show the most promise to scale share a few key qualities:

Mainstream mortgage lenders generally underwrite a potential borrower’s creditworthiness by applying set criteria, like FICO scores. We now have decades-long experience that tells us there are many substitutes for these traditional criteria, such as alternative credit histories built through consistent payments of rent and utility bills, that don’t exclude millions of people from borrowing and still accurately reflect risk. These “alternative” ways of scoring credit need to be more broadly adopted.

Additionally, the most common roadblock to homeownership is finding the funds to make the down payment. Families with ample income but insufficient savings may be forced to put off buying for years, if not indefinitely, because they can’t front 10% to 20% of the cost of the home. Neighborhood LIFT, a program run by Wells Fargo in partnership with Neighborworks America, offers up to $15,000 in upfront, forgivable loans to low- and moderate-income families who struggle to come up with down payments. They’ve introduced this program in 40 cities from Oakland to Orlando and have created over 11,000 homeowners in the process. These should be everywhere and in much greater numbers.

Secondary markets are the key to scale, and Self Help is a prime example of how to do them well. Because their loans don’t conform with traditional underwriting requirements (which is what allows them to reach more historically marginalized borrowers), they weren’t initially able to sell them to a secondary buyer, like Fannie Mae. That meant that they were limited by whatever cash they had on hand; if they generated a 30-year loan, they’d have to wait the 30 years to recoup the funds before serving more borrowers.

That all changed with a grant from the Ford Foundation that enabled them to back their loans with cash. Fannie was then willing to buy Self Help’s loans, opening up a secondary market and exponentially increasing their reach. Today, Self Help’s Community Advantage Program actually buys mortgages from other lending partners and, with this model, has been able to serve over 50,000 homeowners in 48 states. Because it works with market forces, this model is poised to grow 10 times over without grant funds; we must pursue that vigorously.

Keep the focus on the people

Findings ways to scale up is important, but providing focused supports to the individual borrower helps these programs ensure clients are equipped to successfully manage and repay their loans. Neighborhood LIFT’s down- payment assistance program also requires participants to attend financial counseling courses. Homewise, another program based in New Mexico, exclusively serves lower-income borrowers but maintains stunningly low delinquency rates. Their success is credited to the intensive, individualized coaching that borrowers undergo before they’re given a loan. Through one-on-one and group classes offered in Spanish and English, Homewise coaches clients on all aspects of financial literacy, including the demands of homeownership.

These programs often are funded by hard-to-come-by grant dollars. Philanthropy needs to prioritize this type of giving if we are serious about building wealth for many, many more Americans—especially those of color.

We’re equipped with everything we need to move the needle: a clear understanding of the problem, a powerful, a data-driven intervention point, and a number of reliable blueprints for designing solutions that work. All that’s missing is the urgency and commitment to scale up. Organizations like Self Help and Homewise have generated tens of thousands of success stories. But we’ll need millions more if we hope to change course, create more equitable pathways to homeownership, and close a wealth gap that has been allowed to grow unchecked for decades.