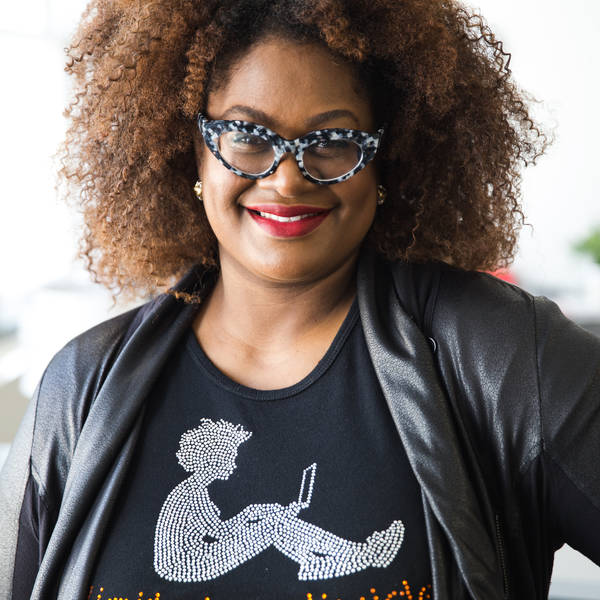 This blog post is a continuation of the series “Closing the Racial Gaps: Together We Can” which highlights efforts across the United States that show promise for closing racial opportunity gaps and creating a more equitable future.

“Solving the problems of poverty in American cities requires us to support visionary, entrepreneurial women and people of color.” (Henderson, Living Cities, 2016)

digitalundivided (DID), an Atlanta-based social enterprise founded in 2013, takes an innovative, transformative approach to economic empowerment by building a data-driven ecosystem that harnesses entrepreneurship, innovation and technology as tools of change for Black and Latinx communities. Our theory of change is rooted in the belief that providing innovative women founders from these communities the training, capital and networks they need to build and scale their businesses impacts the economic development and growth of their communities, as well as prepares these founders for career, personal and life success.

DID uses data from #ProjectDiane, digitalundivided’s ongoing research initiative that gathers data on women of color in tech, to take an evidence-based approach to the development of our programs. Startlingly, prior to #ProjectDiane, much of the research in the tech startup space didn’t include research on women founders, let alone Black and Latina women CEOs. As a result, most of the data on women of color in tech was anecdotal, which made it difficult to develop programs to service these entrepreneurs. Over a six-month time period, DID conducted the primary research necessary to build the largest database of Black and Latina startup founders. #ProjectDiane serves as a repository for data on women-of-color founders, and analysis of this data continues to uncover alarming statistics that highlight the inequality and lack of opportunities for Black and Latina women in the startup world.

Black and Latina women entrepreneurs have an enormous impact on the growth of entrepreneurship in the U.S. Women of color, specifically Black and Latina women, are the fastest growing group of entrepreneurs in the United States, creating over 80% of the new women-led small businesses since 2007 (AMEX, 2016). Yet, there are only 88 U.S.-based tech startups led by Black women (#ProjectDiane, 2016). These startups represent only 4% of the women-led tech startups (compared with 35% of the U.S. female population) and receive less than .2% of all venture funding (#ProjectDiane, 2016). The average Black women-led startup raises $36,000, while the average (mostly) white male failed startup raises $1.3 million (CB Insights, 2015).

Further analysis of the #ProjectDiane data pointed towards three primary factors that restrict the ability of Black and Latina women to enter and succeed in the tech entrepreneurship space: lack of training, lack of network and lack of capital. These factors, and the data gleaned from the first year of #ProjectDiane, were used to develop the BIG Incubator program.

The BIG incubator program (BIG) guides high-potential Black and Latina women founders with tech-enabled businesses through a 26-week program based on the Lean Startup Methodology (LSM) model. DID uses LSM, which has strong mentorship and risk reduction components. It also addresses the contemporary challenges facing members of our cohort, many of whom are GenX and millennials starting innovation-centered businesses that are currently not served by traditional business incubator and accelerator programming.

In the fall of 2016, DID ran a 12-week pilot of the BIG program with seven companies. Each company received up to $20,000 in angel investment from the Harriett Angels Network, free membership at the BIG Innovation Center and access to over 30+ mentors from companies ranging from Microsoft to Case Foundation. The pilot received support from a wide range of partners including the U.S. Small Business Administration and Surdna Foundation.

The success of the pilot led to several internal discussions within DID on how to capture more Black and Latina women founders, many of whom are at the “early stages” (idea, pre-investment) rather than “later stage” (growth, development, investment) of their entrepreneurial journey in the innovation space. DID received close to 100 applications for the seven available slots for our first cohort. As a result, DID expanded the length of the incubator from 12 weeks to 26 weeks for the second cohort, organized it into three key modules (Customer Development, Product Development, and Company Development) and added an introductory module called START, a weekend ideation program that gives founders a peek into the world of tech entrepreneurship prior to committing to the program, while giving DID the opportunity to serve more founders at an earlier stage in the process.

The rise in technologies like mobile and cloud servers reduced the barriers that limited the entrance and success of women of color in the world of entrepreneurship in general. The rise of technologies like cloud servers, machine learning, and mobile devices reduced the unit economics, the cost to acquire and maintain a customer, a business. A founder doesn’t need a bank loan to start a website. They don’t even need a computer. These changes have opened up a path to sustainable entrepreneurship. Through the BIG Innovation Center and BIG Incubator, digitalundivided is focused on empowering more Black and Latina women founders to access these opportunities.

Named by Inc Magazine as one of the most influential women in tech, Kathryn Finney has made her mark as a tech entrepreneur, social media visionary, “women in” advocate, investor, writer, and television correspondent.