In the first post of a two-part series, Impact America Fund Founder Kesha Cash targets the current entrepreneurial ecosystem, outlining the issues that face entrepreneurs of color and discussing how fixing the system can help heal the economic divide in America. 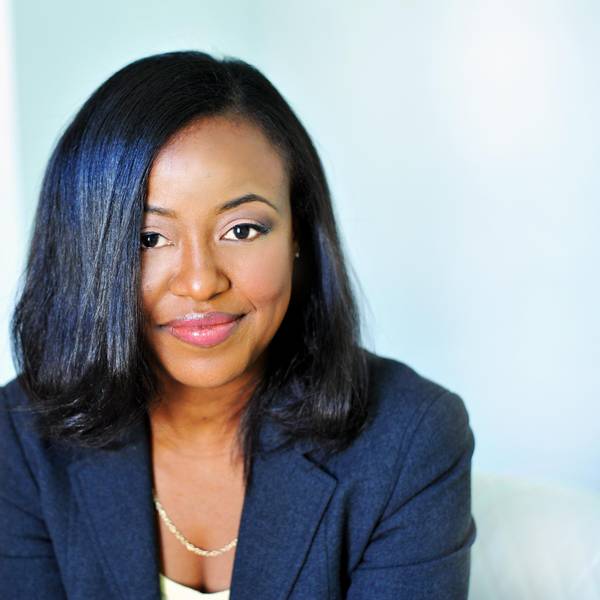 On Election Day, our nation acted on a decades-long despair that’s been percolating in low- to moderate-income communities right in front of our eyes. Experts and historians will be debating Election 2016 for decades, but no matter whom Americans voted for—or whether they voted at all—the clear message to our government was, “Please pay attention to our problems.”

As a Black woman and the head of an impact investment fund focused on helping American entrepreneurs (whose work accelerates the development of low- to moderate-income and disenfranchised communities), I have been paying attention when it comes to solutions that will help shift the paradigms of race, economics and social change in America.

In the aftermath of the election, I am certainly concerned about what’s next for America, but I am not afraid.

My ancestors survived slavery, my grandparents survived Jim Crow and my parents survived the violent resistance to the Civil Rights movement. My mother, raised by her illiterate grandmother in a rural, segregated town in the South, grew up in a shack with no running water and picked cotton as a child. Like other Black families before them, they didn’t ask for permission to survive. My community endured by innovating and building systems around the system that was oppressing them. When America wasn’t ready to step up, they initiated change on their own.

Although segregation kept Blacks from participating in the White-owned economy, Black entrepreneurs built Black-owned and operated communities, now referred to as Black Wall Streets. These communities were hugely prosperous, with thriving businesses, banks, entertainment venues, newspapers, hospitals and schools. According to the Atlanta Black Chambers Black Wall Street Case Study, in Tulsa’s Black Wall Street, a dollar circulated 36 to 1000 times before leaving the community. Unfortunately, racism and white supremacy destroyed many of these communities, including Black Wall Street in Tulsa, Oklahoma, which was bombed and burned down in June 1921. An estimated 10,000 people were left homeless.

I am inspired to continue fighting the good fight—but, now, more than ever, I believe this fight must be undertaken collectively to ensure the development of thriving communities of color aren’t demolished by fear. Like the efforts to build our Historically Black Colleges and Universities and movements to secure voting rights, systems of upward mobility are strengthened when activists, philanthropists, religious leaders and politicians of differing economic and racial backgrounds work together. If we are to move forward as a nation, we must see each other as one nation, with issues and a future that are interwoven.

Impact America Fund has been working toward this goal since launching in 2014. Our approach is to support a diverse group of mission-driven entrepreneurs who know and understand the issues facing low-income communities and communities of color because they come from these communities. In a country where, according to the PEW Research Center, only upper-class families have made wealth-gains in recent decades and where White net worth has increased at 13 times the rate of Black wealth and 10 times the rate of Latino wealth, we believe that supporting low-income communities and communities of color is one of the best ways to expand opportunity and wealth for those who are traditionally underserved.

Impact America Fund invests in entrepreneurs who are building game-changing, tech-driven businesses to create positive social and economic impact in underserved communities. The entrepreneurs we invest in must not only be extremely business savvy, but also must have a high level of cultural competence. This means having a nuanced understanding of target communities through a genuine desire to keep their feet on the ground and gain deeper insights into the community’s needs, desires, behaviors and cultural practices. Our portfolio company founders’ pathways are anything but traditional, and their passion for social change drives their innovation.

With Mayvenn, Oakland-raised founder Diishan Imira, addresses the issue of capital leaving Black communities while improving upward mobility for Black women. Mayvenn is a platform that allows hair stylists, the majority of whom are Black and make less than $20,000 a year, to sell hair products directly to their customers, reap commission from the sale and recycle the Black dollar in an industry where Black women over-index in spending but own very little of the $9 billion supply chain. This is important in a country where, according to the NAACP, a dollar circulates for less than six hours before leaving a Black community. Stylists who use Mayvenn are earning, on average, an extra $200-$300 a week, significantly boosting their incomes.

Rob Robinson founded ConnXus after dealing with the difficulties he encountered as Chief Procurement Officer at Cincinnati Bell when it came to meeting supplier diversity requirements. Rod launched ConnXus without a technical co-founder or much knowledge of the tech start-up landscape. However, he deeply understood the issues with supplier diversity and used his management skills to build the right team to support his vision. ConnXus’ cloud-based SaaS platform helps corporations track, manage and identify diverse suppliers with a searchable database of 1.7 million certified minority-, woman-, veteran- and LGBT-owned vendors. Buyers also use ConnXus to evaluate how their supplier choice impacts the economy and job creation, all the way down to their local community. By making it easier for large corporations to contract with diverse vendors, ConnXus is ultimately helping to drive the expansion of minority and woman-owned companies.

The founders of Mayvenn and ConnXus clearly don’t “pattern match” with the Silicon Valley (White/Asian, male, and upper middle class) archetype of the successful entrepreneur. When they first launched their companies, their cultural differences and community-focused business models were not attractive to traditional venture investors, and the founders had to be extremely creative about how they raised their early stage capital. These companies are now on high-growth trajectories with each of them raising over $10M in capital and employing 20-50 people. Collectively, these two companies will generate over $20M in revenue this year. Mayvenn is empowering over 50K hairstylists; and ConnXus is supporting 75 large corporate clients.

Unfortunately, the current entrepreneurial eco-system designed to launch and support start-ups defines “innovation” so narrowly that it oftentimes locks out entrepreneurs who have demonstrated ingenuity and resourcefulness. Most infuriatingly, these entrepreneurs are often overlooked or downgraded in the due diligence process for having business models that do not look like the traditional models in a system that they have traditionally been excluded from. These entrepreneurs find themselves spending a great deal of time explaining themselves and navigating longer fundraising processes, this is precious time that is taken away from developing their businesses.

We believe that eradicating this chicken-and-egg problem is key to fixing the economic divide that plagues America. To accomplish this fix, we must expand the existing entrepreneurial eco-system, so that there are effective pathways for those from diverse backgrounds who want to compete in the entrepreneurial arena.

In my next post, I will provide specific examples for how we can expand the entrepreneurial ecosystem, focusing on what foundations and family offices can do to better support diverse community-focused entrepreneurs.