The case of Minneapolis-St. Paul shows how powerful it can be to leverage the distinct, complementary assets of the business, public, and civic sectors toward a common cause. 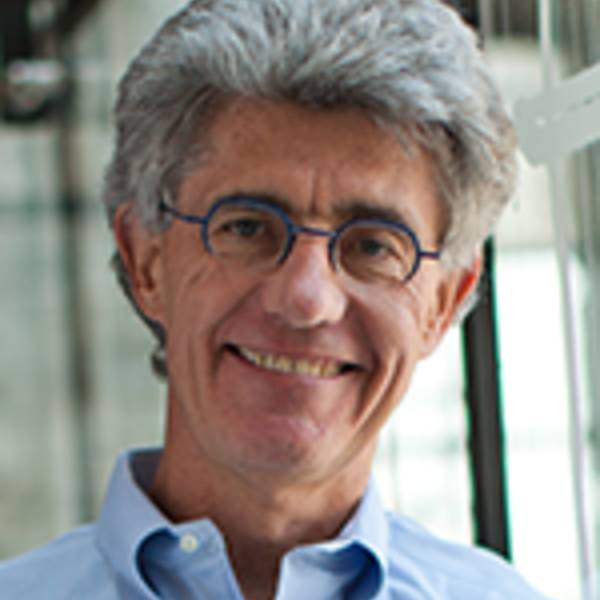 Throughout The McKnight Foundation’s 63-year history, we have always held that strong partnerships across sectors are at the heart of creating lasting change and critical to addressing complex challenges. Even as our guidelines evolve and areas of focus sharpen, this has been at the core of what we do. Efforts to create opportunity and assets in our “people, place, and possibilities” strategic framework require perseverance, collaboration, innovation, risk-taking, and continuous improvement that adapt to the changing fabric of our region.

Twenty-five years ago, the Minneapolis-Saint Paul region was 79 percent white, with suburban residential job growth outpacing the central cities, which increasingly developed larger concentrations of poverty. As the nation reeled from spikes in violent crime during the 1990s, so did Minneapolis. In 1995, our crime rate was higher than New York City’s, dubbing the city “Murderapolis.”

In this moment, the Phillips Partnership was born. With crime hindering economic development in the city’s south side, employers, foundations, government, and non-profits used job training connected to positions in the nearby hospital, redevelopment of housing, new infrastructure, and new community-driven tactics to reduce crime. Through early partnerships such as Phillips, the Foundation uncovered some fundamental truths: a) aligning community-based work with civic-business collaboration creates assets and opportunities, and b) a larger platform scaling these cross-sector models was needed to adapt to the changing region.

The Board and staff realized that regional trends were undermining progress for inner-city neighborhoods and residents. Suburban sprawl was shifting public resources from city centers to expand highways and sewers into the far reaches of the region, increasingly isolating low-income city residents from the new jobs and housing that followed, especially in the absence of a robust regional transportation system.

As McKnight formalized what would become the Region and Communities program in 2003, staff realized that these large-scale issues would be impacted more heavily by public and private sector investment than by any philanthropic contribution.

The Itasca Project, a business-led civic alliance, emerged in 2003, after McKnight convened leading CEOs, civic leaders, and government officials to discuss regional competitiveness. Ultimately the Itasca partnership created a framework, viewing “education, jobs, and transportation as a triangle, with socioeconomic disparities in the center, influenced by the other three.” These interlinked challenges were the ones that Itasca members identified as areas where they could make a difference.

The partnership’s impact has been direct and indirect. In 2005, Itasca partnered with the Brookings Institution to release the first major study on the region’s disparities. “Mind the Gap” positioned these disparities as a competitiveness issue. When a 2015 update uncovered the persistence of these gaps, Itasca members—as some of the region’s largest employers—delved into their specific roles for increasing hiring and retention of employees of color.

Itasca also understood infrastructure was destiny. In 2008, when the governor vetoed a transportation sales tax, Itasca members persuaded enough Republican legislators to vote for the measure, overriding the veto. In the last three years, Itasca has returned to this priority by leading a study that calculated the return on investment by building out the region’s transit network.

Seizing on a federal focus to address regional needs, McKnight forged two partnerships using transit as a backbone for increasing equitable development. The Central Corridor Funders Collaborative carried its work out by convening and funding working groups led by a mix of community organizations, business associations, public agencies, and other nonprofits. These partners created and implemented corridor-wide strategies in affordable housing, economic development, and placemaking to ensure that adjoining neighborhoods, residents, and businesses broadly shared in the benefits of public and private investment in the Green Line. The Funders Collaborative ceased operations as planned in June 2016. A final report details lessons and outcomes.

Today’s Partnerships and Lessons for the Future

While equity was always at the heart of these initiatives, the “opportunity for all” framework didn’t explicitly address the region’s ongoing racial disparities. New partnerships were needed to measure and focus on outcomes for people of color, while also working to change the systems in which they operate.

North@Work, spearheaded by the Northside Funders Group, has a clear goal of connecting 2,000 African-American men from Minneapolis’ Northside to meaningful living-wage employment in the next five years. Understanding that universal approaches haven’t been successful, the program’s interventions are tailored to the population, with room for learning and adaptation. Coupled with employer engagement, site identification for economic development, and capital for Northside business lenders, the Northside Funders Group is working to extend these targeted practices through the Opportunity Neighborhoods for Regional Prosperity partnership supported by Living Cities.

The MSP Workforce Innovation Network is challenging the workforce system to reduce employment disparities. They have successfully changed state law, requiring that all state-funded programs report standard, disaggregated results by race and other factors, enabling decision makers to focus future investments on programs that work. They are expanding career pathway programs with proven income increases for participants and partnering with employers to ensure that these programs are on-point for today’s job requirements. From these examples and others, we’ve seen how powerful it can be to leverage the distinct, complementary assets of the business, public, and civic sectors toward a common cause. It is through these partnerships that our community has been able to make progress on some of the most significant challenges we’ve faced.

Lee Sheehy is director of the Region & Communities program at The McKnight Foundation.