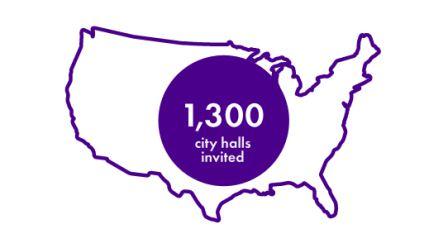 I have a city bias. I live in New York and Washington, DC. I run a collaborative of the nation’s leading foundations and financial institutions, Living Cities, which has invested more than $1 billion in cities over the past twenty years. I’ve had the privilege to see amazing things happen in cities that give me great hope for the future. Efforts like in Cleveland, where multiple hospitals and universities have come together to ensure that the millions of jobs and contracts they control benefit Cleveland residents and businesses. Or in 36 different cities across Americas where public, private and philanthropic leaders are creating a new civic infrastructure, built on the Strive Networkmodel, to fix local education systems for good. To the surprise of many, I’ve even seen the mayors of Minneapolis and St. Paul put aside historical city rivalries and show how a regional transit line can be used intentionally to address disparities of income and opportunity in the region.

Despite this incredible amount of innovation I’ve witnessed in cities, I hadn’t ever thought there was a hard science behind this relationship. Then I read Steven Johnson’s newest book, Where Good Ideas Come From: The History of Innovation, and Jonah Lehrer’s latest work, Imagine: How Creativity Works. To my absolute surprise, about halfway through each of their books they had a chapter on cities. For similar reasons, both authors cited cities for having the perfect mix of attributes needed to foster innovation. Steven Johnson, calling cities \“petri dishes\” for innovation, emphasized how a city’s density allows innovation to prosper because \“ideas can serendipitously connect and recombine with other ideas, when hunches can stumble across other hunches\”. Jonah Lehrer citing research by physicist Geoffrey West, states that as cities get bigger, everyone in that city becomes more productive and creative, which is why big cities generate more income and patents per resident. He writes that cities have been proven to be more productive and creative because they are \“freewheeling… overflowing with knowledge spillovers that lead to new ideas.\”

This morning, Bloomberg Philanthropies announced The Mayors Challenge, a nationwide competition that will award $9 million – a $5 million grand prize and four $1 million awards – to the five cities that develop the boldest, most innovative ideas for bringing about positive change in their cities. Unlike many competitions, there are no prescribed rules or requirements, only the direction that \“Mayors and their partners take any idea and make it bigger, better, and more impactful — to innovate.\” What’s fascinating about this Challenge is not the amount of money or the process for selecting winners, but that Bloomberg Philanthropies is betting the house that the unequalled conditions for innovation that cities provide will translate into unequalled results.

Will the results follow? I hope so. As a recent Pew Center on the States report showed, state aid and property taxes are dropping simultaneously for cities for the first time since 1980, while demand for local government services continues to rise. The imperative for innovation in public problem solving has not been this great since the 1930s. If you are going to make some big bets, make them in America’s petri dishes.