US Diversity Explosion Is a Reason for Optimism

US Diversity Explosion Is a Reason for Optimism

Opportunities will increase when the institutional players across our country—politicians, civic leaders, nonprofit leaders, and employers—recognize the potential of this new, more diverse generation. 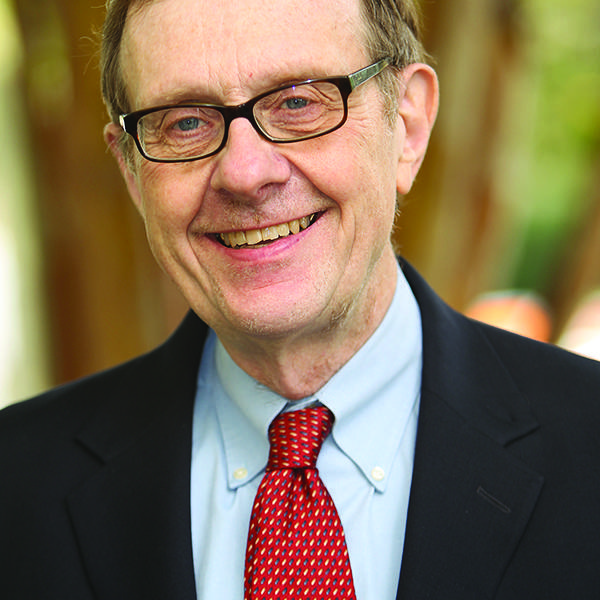 As the waves from the nation’s “Diversity Explosion” ripple out, young generations of new minorities—Hispanics, Asians, and multiracial Americans—are interacting with older minorities and white Americans in their pursuit of opportunities in a country that is in dire need of more youth. As the management textbooks might say, the growth of young, new minority populations from recent immigration and somewhat higher fertility is providing the country with a “just in time” demographic infusion as the largely white U.S. population continues to age. 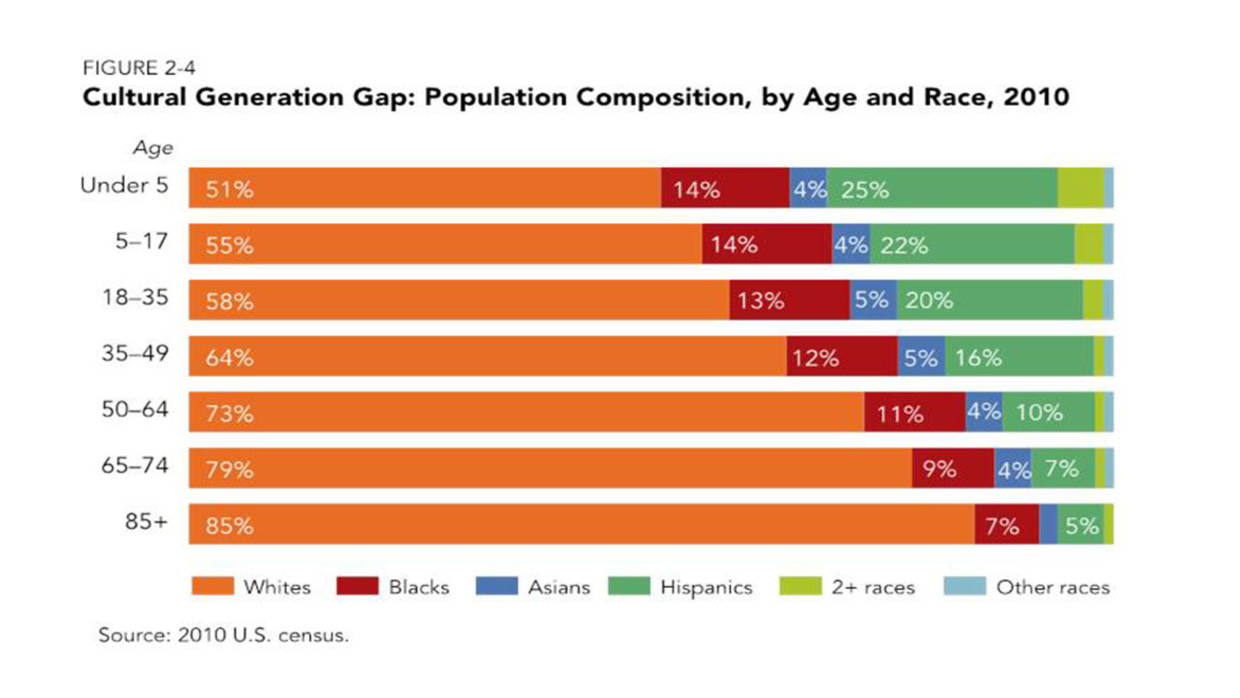 Even though great disparities exist in wealth, income, and education between white and minority Americans, I think these demographic shifts are a reason for optimism. Opportunities will increase when the institutional players across our country—politicians, civic leaders, nonprofit leaders, and employers—recognize the potential of this new, more diverse generation.

Opportunities will increase when the institutional players across our country—politicians, civic leaders, nonprofit leaders, and employers—recognize the potential of this new, more diverse generation.

Not least is the benefit to Social Security and other entitlement programs: in contrast to the population of labor-force age in Japan, Germany, Italy, and the United Kingdom—countries with generally older populations, lower fertility, and lower immigration—the U.S. labor-force-age population is projected to grow more than five percent between 2010 and 2030. Yet were it not for new minorities, the country’s labor force would decline by eight percent. Moreover, within the labor force, new minorities add needed youthfulness that brings with it innovation and an entrepreneurial spirit. Projections of the labor force show that in 2030, 54 percent of new minorities will be under age 40, compared to well under half of the rest of the labor force population. 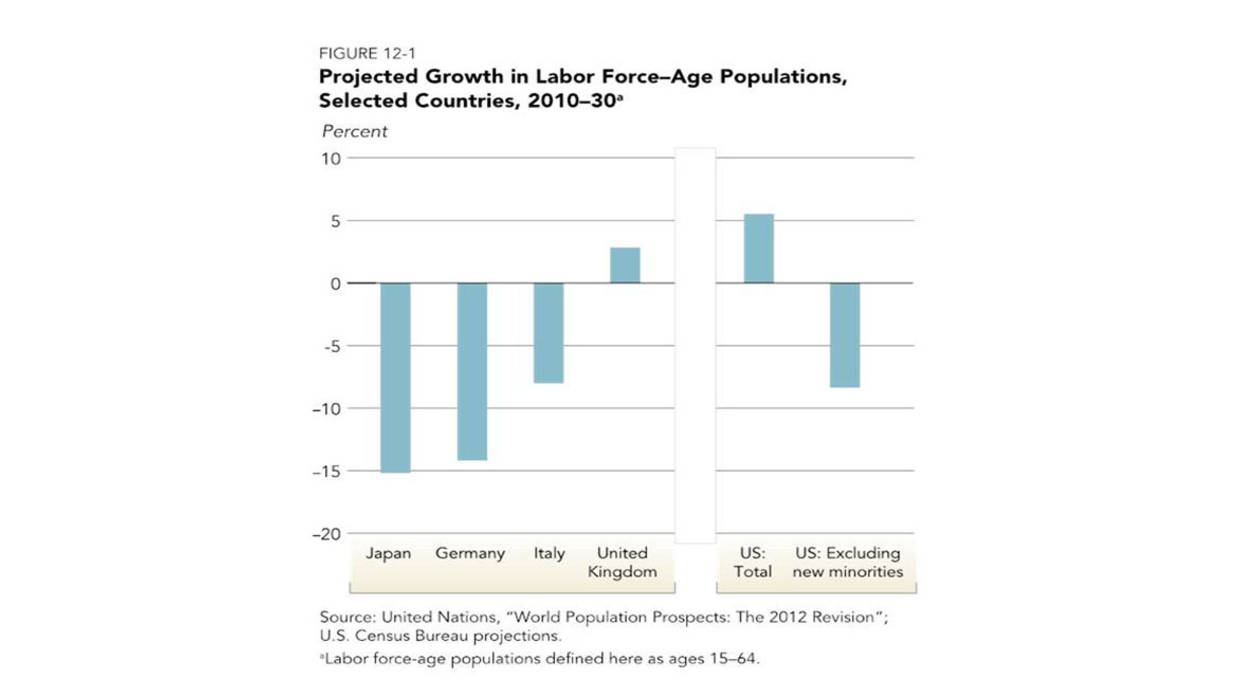 But the benefit from the Diversity Explosion is not certain. To ensure we harness the power of our demographic shifts we need to:

If we are able to offer equality of opportunity to all Americans, we can fully harness the potential of this new generation and continue the US’s competitiveness on the global stage.

Some may look at these projections and worry about the increased division in our country. But I think that we’re going to change in the future and be open to racial diversity precisely because of this sharp demographic transformation that we’re undergoing. When the civil rights laws were passed in the 1960s, only 15 percent of the population was racial minorities. These minorities were mostly blacks, and they were mostly living in segregated cities. When the 2020 Census is taken, more than 40 percent of the population is going to be racial minorities. They are going to be voting, running for office, and they will be established members of different industries and different communities.

This blog is adapted from two blogs that appeared on Brookings.org: U.S. Diversity Explosion Is a Reason for Optimism and New minority growth is occurring ‘just in time’

William H. Frey is a senior fellow with the Metropolitan Policy Program at the Brookings Institution. He is also a research professor in population studies at the University of Michigan.