How can cities use prototyping to create better products and services? We asked a design expert on the Tel Aviv i-team, and her answers surprised us. 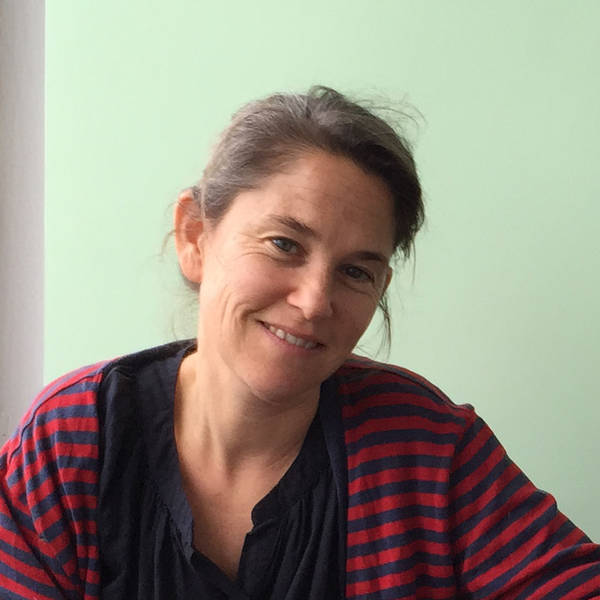 The i-team in Tel Aviv-Yafo, Israel is improving quality of life for residents in the neighborhood of Neve Sha’anan, composed largely of refugees who struggle with overcrowding and a lack of access to health and other services. The team is looking to tackle these issues by providing municipal and community services and addressing friction points between the immigrants and the veteran Israeli population.

We recently sat down with Sarah Auslander, a design expert who works on the Tel Aviv i-team, to talk about how the team has used prototyping to design more effective interventions and how other cities might be able to learn from their efforts.

What does prototyping really mean?

“Prototypes give a glimpse of what the future might be.” - IDEO U

The act of prototyping refers to making a first, typical, or preliminary model of an idea. It is a way of bringing ideas to life and of finding out what works and what doesn’t work. Prototyping tools allow us to make intangible ideas tangible, to question the assumptions behind our idea and to test them out. It’s a tool set that allows us to develop, test and improve ideas at an early stage before we spend time, money and effort developing our idea into an end product.

As a way of moving from thinking to the realm of doing, prototyping is an iterative process. A prototype should be seen as a “working document”—it will always evolve and change. Very rarely will the first prototype be the finished article. Rather, this first prototype allows us to continue exploring ideas while grounding the free flow of ideas. It’s important to keep in mind that what we learn from a particular prototype might send us right back to the initial idea phase again.

What value does prototyping add to the design of a program or product?

The core goal of a prototype is to assess the viability of an idea with potential end users involved. You could tell people and get theoretical feedback regarding your idea or you can actually let people interact with it and get high quality feedback. A prototype allows you to test assumptions that lay at the core of your initiative, the viability of your initiative, and what impact it may have on your opportunity area. Prototyping can help create certainty in uncertain situations, and can lead to surprising new insights and add fresh perspectives to your thinking.

What lessons can government learn from industries that have used prototyping?

There are a number of core principles in prototyping that can be seen as key differentiators.

Prototyping means thinking with your hands. The best way to sell a concept is to show it; prototyping unlocks development and decision making processes that are carried out by actually making and experiencing the initiatives rather than just talking about them.

There is plenty to be said about embracing failure. Phrases like “fail often and fast” and “break things” are now commonly accepted notions. Whereas innovative enterprise might be pushed to move beyond these sayings as mere platitudes and maxims, the innovative government must be able to fail and learn from it - in the public eye and while influencing the core of a large number of people’s everyday life.

If innovation is important, government must be committed to radical change and reinvention inside the organization – without any guarantee of outcome. Prototyping is clearly an effective way to do this.

Rather than a traditional sequential or waterfall approach to project management, prototyping is a tool that supports an iterative process. It allows us to quickly roll out initiatives at varying levels of fidelity, to learn from interaction with actual users, to respond with agility, and to make shifts and changes to the initiative in order to create a solution that best meets the user’s real needs.

What are some examples of ways that Tel Aviv is using prototyping?

We are using prototypes of differing levels of detail for different purposes. In our priority area around the high cost of living in Tel Aviv, we set up a high fidelity prototype of a learning space aimed at reducing students spending on private tutors. The space was designed, constructed and activated within the space of a month due to time constraints and a willing owner within the municipality. We are using this mock learning space to examine whether the initiative answers students’ needs, allows them to study, and gives them the support they need when preparing for exams.

In other cases, we are setting up lower fidelity prototypes that aim to create success stories and early learnings. We hope to use these as proofs of concept that can be used to overcome indecision or resistance in the upper echelons of management.

Sarah Auslander is the Design Expert on the Tel Aviv i-team, specializing in using design thinking methodologies for social innovation.