Read the previous installment of the Mayors and Schools Field Trip on Washington, D.C. here.

If you want to see the expression “life of the party” brought to life, go to a Royals baseball game with Kansas City’s charismatic Mayor Sly James.

It takes forever to even get into the stadium because James is schmoozing with the ticket taker, while a guy in the next line comes over to hug the Mayor and a woman on the other side wants to get a selfie. He heads to his seat but takes a detour to hug an usher. Once we get to our seats there is a parade, inning after inning, of friends, strangers, business people, kids and, it seemed, pretty much everyone in the ballpark coming by to crack jokes with and hug the mayor. It’s hard to tell whether all these people are close to James or complete strangers, because he seems to treat them all like long-lost friends.

If you want to know what any of this has to do with education in Kansas City you had to be there a few hours earlier, when we visited what looked like an art gallery in a warehouse near downtown Kansas City. The Mayor, no surprise, went into his “life of the party” routine, and, after a few hugs and jokes, we walked into what turned out to be a lot more than an art gallery.

The former warehouse had been transformed into what was being called an “Immersive Storybook Gallery,” with elaborate two-story stage sets inspired by Jon Agee’s children’s book, “The Incredible Painting of Felix Clousseau.” The Rabbit Hole, as the space is known, is the first phase of what James and others in Kansas City want to be a ground-breaking museum that allows kids to literally step into their favorite books.

This would-be museum is just one piece of a campaign by the Mayor to focus on helping children in the city master reading by the third grade. The backbone of this effort, a nonprofit he helped start called Turn the Page, is about reading. That is important in itself, but it is also instructive to see how a mayor with no control over the schools in his city uses his power of personality to improve learning.

Mayor James' role with schools is complicated because he does not control the schools, but that’s not the only complication. There are 14 school districts within the city, which means making any change requires aligning a dizzying array of jurisdictions and political bodies. “The schools are important to the lives of children in Kansas City, but it’s a complicated system,” said James.

That might just be an understatement, as schools have proven to be complicated ground for Kansas City’s mayors to navigate. James’s predecessor Mark Funkhouser found that out before he even took office.

“During the campaign I made the mistake of saying I supported charter schools and all hell broke loose,” Funkhouser said. “Within 24 hours, my advisors convinced me that I could never get anyone connected with public schools to work with me so I had to recant the stand.”

Funkhouser said the charter issue was difficult in itself, but there was also significant resistance to a mayor playing any major role in schools whatsoever. Yet, doing nothing also seemed untenable. He saw so many families leaving the city because they didn’t trust the schools, and so many business and civic leaders unwilling to even get involved because they didn’t think improvements were possible.

Funkhouser finally brought the superintendents of the 15 districts together and got an earful. “They ranted about city services around the schools—safety, lack of sidewalks, water problems,” he said. “In many ways they were right, so I focused on Schools First, which was an effort to improve infrastructure and safety around the schools.”

James saw the land mines when he came into office and made clear from the start that he was not going to try to take over the schools. “I am not an education expert, but I am an education supporter,” he said.

James has tried to impact schools by being active in school board races and endorsing candidates. He has also been a visible supporter of a political action committee called Kansas City Future, whose promotional materials prominently feature the mayor saying, “An important step in closing the achievement gap is to have highly effective, visionary leadership on school boards.”

But James' most visible action has been around reading and the Turn the Page initiative.

Mayor James' education agenda may not be as broad as other mayors’, but one of the great advantages of his tight focus is that it if far easier to track progress. On that count, James' efforts are moving the dial. When he came into office in 2011 and launched Turn the Page, only 33% of 3rd graders in the city’s 15 school districts and charters were reading at or above grade leave. Today that number is 49%.

James says he is proud of the progress, but not of the fact that more than half the students are still not where they need to be.

Program supporters say there are other data points that show the reading improvements students are making in Kansas City may be having other positive impacts, including a 400% enrollment increase in summer learning programs and a four percent drop in chronic absenteeism.

“The stakes in this are big. They are bigger than any test score, single district, piece of legislation or court case,” the mayor said. “We’re talking about lives. I am a father and a grandfather, and I know how precious young lives are and the opportunity that each represents.”

James' passion for the improving the educational outcomes of the children of his city seems every bit as intense as Mayors like Adrian Fenty, Tom Menino and Richard Daley who led wide-scale school reform efforts over the past decade. Unlike those Mayors, however, James has not thrown himself into, or gotten derailed by, the intensely controversial debates about the formal role the leader in City Hall can play in the city’s schools. No one in Kanas City seems to argue with the Mayor’s efforts to get more kids to read.

His experience raises some key points in our exploration of how mayors impact outcomes in schools. Can a mayor have more impact focusing on a single or on a broader agenda? Can a mayor make a meaningful impact without control of the schools?

We will explore both of those issues in our next blog based on my own experience in Minneapolis, where an effort inspired by Cincinnati’s Strive Initiative made it possible to integrate the focus I had as mayor on college and career readiness with the focus of my successor on early childhood education. 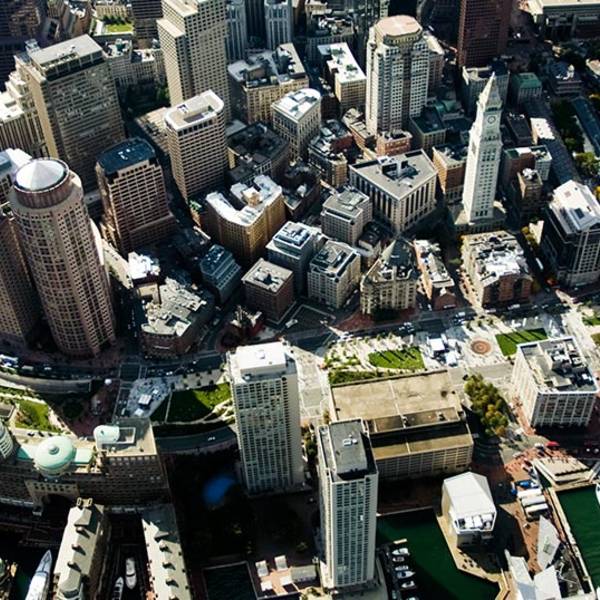