Mayors and Schools in San Francisco: A Tale of Two Mayors

Mayors and Schools in San Francisco: A Tale of Two Mayors

Mayor Rybak takes the Mayors and Schools Field Trip to San Francisco, a city where there has been an unusual degree of continuity on school and youth policy between the administrations of Mayor Gavin Newsom and current Mayor Ed Lee.

It would be hard to find two politicians less alike than the last two mayors of San Francisco.

Gavin Newsom, now California’s Lieutenant Governor, was one of the country’s most visible public officials when he led San Francisco from 2003 to 2010, dominating media coverage with broad policy efforts on the environment and health care, and the ground-breaking performance of gay marriages a decade before most other cities.

The city’s current mayor, Ed Lee, has a far lower profile. A former grassroots activist, he is focused on collective action. Also a former city administrator, he has mastered the fine details of the city’s bureaucracy.

There’s a shorthand to describe the two mayors here in San Francisco: Newsom is a bullet train, while Lee is a cable car.

There is, however, one thing these two very different politicians have in common: Hydra Mendoza, who has been the education aide for both mayors. The two mayors focused on different parts of the education continuum—Newsom more on early grades, Lee more on middle schools—but having one aide over two administrations has led to significant city investment in a comprehensive education strategy that may have only been possible because it was built over the long term. The mayor’s last two year budget directed $170 million to the school district and included investments in early childhood, technology in the schools, college savings accounts for kindergartners, summer jobs and other wide-ranging efforts Mendoza leads for him. 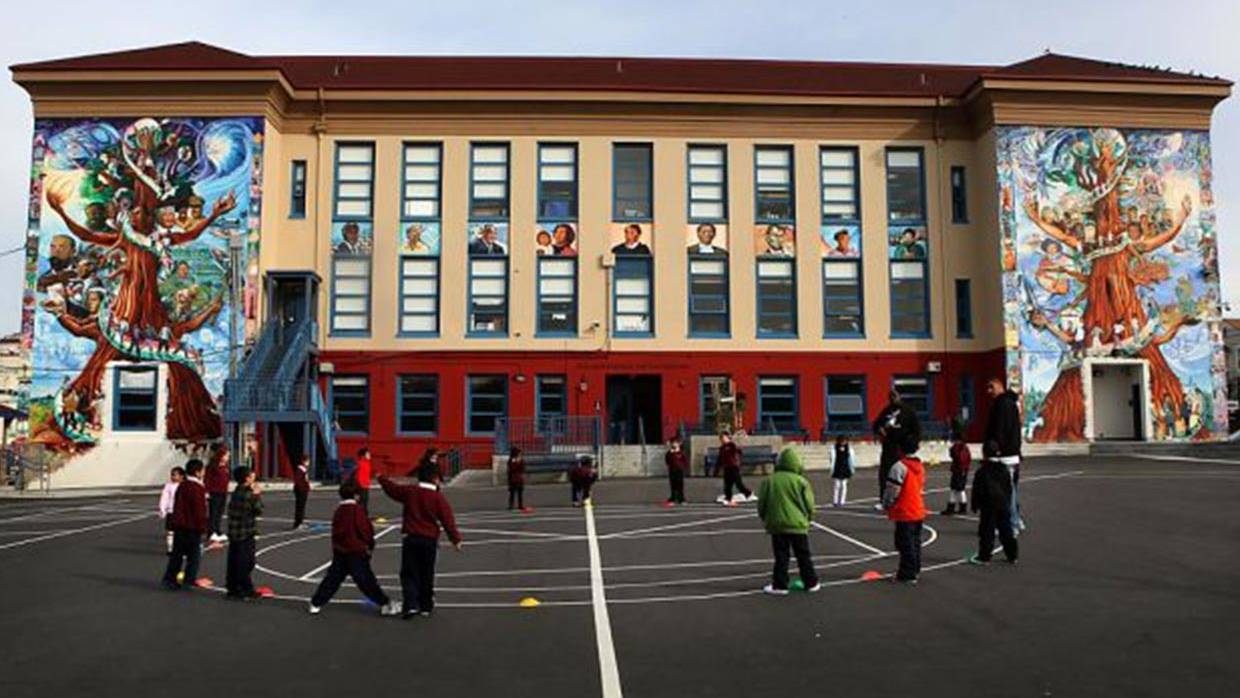 Mendoza’s continuity in the mayor’s office is unique. Even more unusual is the fact that she was also elected to serve on the city’s school board during her time working in City Hall. This dual role has its critics, but she argues that being in both City Hall and the school headquarters has allowed her to help the mayor integrate city and school issues to an extent well beyond what most other city officials can do.

“The best part of our situation is the mayor knows what is happening,” Mendoza said. “School districts have historically come to cities when they have a deep problem—when they are in need of money, when they are negotiating a strike–and they want the mayor’s help. For us, we know the situation well ahead of time. Having me involved with schools helps us get a better understanding of where to allocate city dollars or give support earlier if we have to help.”

The advantages of her unique position, she said, have paid off in smoothing integration of city and school initiatives. Examples include getting municipal transit passes for youth in summer jobs and negotiating a complex land swap that allowed the city to develop affordable housing on land formerly owned by the district.

While San Francisco’s mayor does not have direct control over the school system, the unusual arrangement in City Hall gives the mayor significant influence. Mayor Lee says this is less controversial than it could be in other situations because he has gone to great lengths to send the message that he does not want to take over the schools.

“Schools have a huge impact on a city like San Francisco, especially when you have a growing economy that needs so much talent,” he said, “but we have made it clear that we are not going to try to take over or charter the schools to death, or divert funds because we think we know better than the people running the schools.”

Lee and the superintendent worked together on Vision 2025, the district’s long-range plan. They co-chair the committee that allocates more than $125 million every year for youth programs, the result of a voter initiative. They also partnered on initiatives to grow more talent for San Francisco’s fast growing companies instead of importing so much of the City’s workforce.

The Mayor brought this focus on homegrown talent to his education cabinet, a body that included the superintendent as well as leaders of the city’s public and private colleges. Mayor Lee was also able to leverage contacts in the business community that would more likely work with a mayor than a school superintendent.

Shortly after taking office, leaders of technology companies asked the mayor for help in immigration reform that could make it possible to recruit more workers from foreign countries. “I said I would help them with their immigration issue but I also needed their help in developing more talent from here in San Francisco,” the mayor said. One of the results was a $2.7 million investment by tech giant Salesforce in Mayor Lee’s initiative to buy iPads for students in City middle schools.

While many of the Mayor’s efforts involve efforts focusing on improving communities around schools—safer routes to and from school, enhanced public safety—the iPad initiative is focused on having a direct result on school performance, Mendoza said. “The iPads weren’t just for fun,” she said. “They are intended to increase understanding of technology. We are already beginning to see an improvement in math and science.”

Students aren’t the only ones seeing an impact from the mayor’s involvement in schools. In San Francisco, a city with some of the highest rents in the country, the mayor is working on a housing strategy aimed at teachers.

Another notable element of San Francisco governance is, similar to the examples I saw in Chicago and Louisville, the mayor has control of county services. “This has been a huge advantage,” Mayor Lee said, “and I take full advantage of it.” The mayor’s control of county services has made it possible for him to integrate public heath, criminal justice and other services with schools. The most significant example is one of the city’s newest schools, Willie Brown Middle School, where public health officials on campus deal with everything from medical needs to trauma.

“It is a holistic campus,” Mayor Lee said. “We don’t want to have a school that is closed on weekends while people look in through the fence. We have the school yard open on weekends, we have heath services in the school. You can only do that if you have the city and the school and the county services working together.

Although he has no direct control over schools, Mayor Lee clearly sees he can make significant impact on the education of kids in his city, and he sees that in very personal terms.

“In my life I had all these wonderful people who gave me scholarships, a free ride to Bowdoin, help in law school. I had all these people who helped support me and believe in me. I want to use this office to do that for someone else. With the power of this office you can really do something fantastic. Why not push the envelope?”

Next month, we’ll travel across the Bay to Oakland to meet Oakland’s Mayor Libby Schaff. Unlike San Francisco, which had continuity from one administration to the next, Schaff defeated the incumbent mayor and, entering her second year, is charting a new course from the previous administration. Her work also provides insight into how new mayors begin to forge a series of initiatives into a comprehensive youth program.