Part III: How Engaged Celebrities and Other Philanthropists, as “Pioneer Investors,” Can Jump-Start an Impact Investment Fund and Galvanize Other Investors and Communities 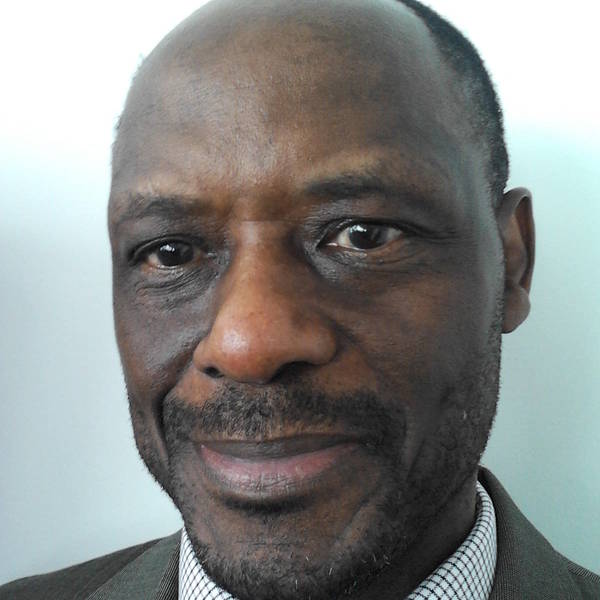 In two previous posts (After Baltimore: Revitalizing Distressed Communities through Impact Investing and Entrepreneurship: Part I and Part II), I discussed the rationale, framework and feasibility of the Excellence and Ventures Transformation Fund (or “EXCEL-TRANSFORM Fund”), a (primarily) for-profit venture-philanthropic impact investment fund specifically targeted to distressed communities. The Fund would specifically address the most critical aspects of limited access to capital for minority or inner-city entrepreneurs and businesses, by providing direly-needed patient capital, especially start-up and early-stage or equity capital to finance ventures that can help reduce unemployment and poverty in the communities. (The Fund is discussed in greater detail in my 2014 eBook, Pooling Our Resources to Foster Black Progress: An Entrepreneurship and Impact Investing Framework.)

In this post I discuss recent developments that further reinforce the feasibility of the Fund, particularly with respect to how celebrities and other prominent personalities could help to jump-start the Fund and galvanize large numbers of prospective investors.

According to a recent Fast Company article, Grammy award-winning rapper Lupe Fiasco and Di-Ann Eisnor, an angel investor and Google Waze executive, have pooled one million dollars to establish the Neighborhood Start Fund, which will seek out and invest in entrepreneurial ventures in ”neglected” neighborhoods. According to its website, the fund is “kick-starting neighborhood-based entrepreneurship” to “turn ideas into start-ups” because “we need more diverse entrepreneurs bringing fresh ideas and new innovations to life.” It will create “neighborhood-specific funds to support entrepreneurs and start-ups from underserved areas,” and “want[s] to turn every neighborhood fund into a local micro-economic engine,” starting with the Brownsville neighborhood in Brooklyn, New York. Eisnor and Fiasco’s goal is to create a “$100 million company out of the fund” and they “hope to be in about a dozen neighborhoods by the end of 2016.”

“They had a shared belief that good ideas could come from anywhere, and began to wonder whether there wasn’t a way to start hunting for business ideas—and funding them—in neglected neighborhoods around the country.”

The initiative began with a business pitching competition held in Brownsville on November 13 in partnership with the Dream Big Foundation. According to a report on the event, Eisnor, Fiasco, and other judges heard business ideas pitched in front of the local community by eight entrepreneurs selected out of the hundreds who applied. Each of the three top winners selected received $5,000 in seed money to get their businesses started as well as access to website and app development resources and ongoing mentorship. Each of the other five finalists also received $1,000 as well as access to mentorship and professional development services.

According to the Fast Company article, Eisnor and Fiasco met in May 2014 as Henry Crown Fellows at the Aspen Institute, “hit it off” and started discussing their shared concerns about “inequality in America, ghettoized neighborhoods, and the lack of diversity in the innovation economy. They had a shared belief that good ideas could come from anywhere, and began to wonder whether there wasn’t a way to start hunting for business ideas—and funding them—in neglected neighborhoods around the country.”

Their initiative is consistent with the concept of the EXCEL-TRANSFORM Fund. Indeed, in my eBook, I posit that a group of five to ten successful, philanthropic-minded, respected, and influential people – arts/music/movie/TV/radio/sports/other celebrities, entrepreneurs, corporate and financial professionals, angel investors, etc. – could set up the Fund and hire competent and experienced professionals to run it. Such a first-rate team, by virtue of their accomplishments, credibility, high profiles, and celebrity, would give the Fund the instant credibility, imprimatur and massive publicity necessary to enable it to overcome the trust barrier, galvanize large numbers of investors (potentially in the millions), and thereby raise enough capital to have transformational impact.

Some of these “pioneer investors” would be high-net worth individuals who can provide seed capital to start the Fund, and others could be highly-accomplished personalities who may not be wealthy enough to invest significant amounts but can lend the public respect and credibility they command, e.g., by helping to engage and galvanize communities.

As discussed in my eBook – and well-chronicled by blogs such as BlackGivesBack.com and BlackCelebrityGiving.com – such people already do substantial charitable giving in various ways. However, while they give to many worthy causes, e.g., education, health, poverty, museums, etc., in many cases, it is often difficult to determine the effectiveness of their giving. For example, a recent UBS survey found that “while millionaires highly value charitable giving, they are not confident about the impact of their giving. Only 20% of millionaires rate their giving approach as highly effective, and only 41% are highly satisfied with the impact they have made on their broader communities and society.” Similarly, a U.S. Trust study found that, in 2013, 98.4% of high-net-worth households donated to charity; of these, 53.4% monitor or evaluate the impact of their charitable giving while 46.6% do not, and only 40% of the latter category report achieving their desired impact through their giving.

People who are already engaged in philanthropic giving to uplift distressed communities are the most obvious prospective investors in the Fund.

As I argued in the previous post, people who are already engaged in philanthropic giving to uplift distressed communities are the most obvious prospective investors in the Fund. To the extent that they are convinced that the Fund, by virtue of its business/entrepreneurship focus and industry-standard transparency and accountability, would have greater impact than “traditional” charitable giving, while also providing them financial returns, some would find the Fund to be a more attractive option for their philanthropy dollars. Furthermore, some may even consider investing in the Fund beyond their normal levels of charitable giving as part of their investment portfolios. Lupe Fiasco’s efforts, and other similar efforts by other celebrities – such as Grammy-winning songwriter/producer Bryan Michael Cox (100 Urban Entrepreneurs and other initiatives)– potentially could inspire more celebrities to become more engaged in impact investing, especially by pooling capital through collaborative partnerships to establish a national, large-scale initiative such as the Fund.

To ensure that this happens, it will be necessary to:

In a recent Huffington Post piece, Ben Thornley and Cathy Clark cite a Barclays survey of investors that “found that more than half of respondents expressed interest in [impact] investments, yet fewer than one in ten (9 percent) had actively engaged,” apparently because “people may want to use their investment for social good, but they don’t know how to.” They conclude: “As more investors enter the market, they are demanding the simple frameworks and tools that make the process of identifying, evaluating, and executing on the impact of impact investments more intuitive. The field is being challenged to respond in turn, building on the experiences of early pioneers and taking full advantage of the growing demand and immense potential of putting capital markets to work truly solving our global challenges.”

Expectations that impact investing will grow substantially over the next few years have been further boosted by recent developments such as:

Thus, as larger amounts of impact investment capital become available as expected, after a few years of demonstrating tangible social impact and providing acceptable financial returns, the Fund would be able to attract even more capital from many more investors, including “mainstream” impact investors. Such larger amounts of capital, leveraged many times over to finance more job-creating ventures, would have transformational impact by significantly reducing unemployment and poverty in several poor communities across the country.

Dr. Michael Isimbabi is a Washington, D.C.-based finance and energy industry professional and consultant. A former finance professor, banker and engineer, he is co-author of the investments book, Contemporary Portfolio Theory and Risk Management (West Publishing), and author of articles and scholarly papers in several publications.

Part I: The Imperative and Rationale for an Impact Investment Fund Specifically Targeted to Distressed Communities